The Burning Bush and the Naked Wiki Truth 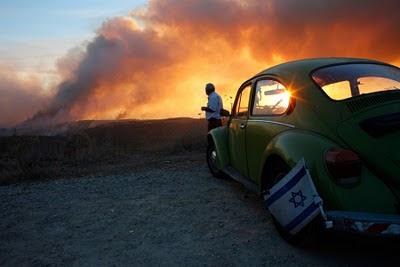 Last week, on Thursday evening, when I saw from my office window that the out-of-control, burning bush fire was flaming up over the ridgeline, glowing in the night sky, like an evil locomotive coughing out bitter smoke at the western horizon, I had no idea that I would soon get a glimpse of something much deeper; a brief window of understanding, a blink of an

awareness that the world had finally begun its inevitable turn towards the unity of human kind and beneath that, the long awaited clinging by an ‘almost’ collective humanity to Hashem. At the time, the world had been in a hopeless morass, sinking into the muck of the ‘WikiLeaks’ scandal and everyone on Earth, including myself, seemed to have an opinion, looking deeper into the matter, in order to validate their 15 minutes of fame and prove their own unique philosophy, undeniably correct. There were people advocating the unprotected sharing of the whole truth behind the secrets and lies that were told by our elected officials. There were people that were happy to see the ‘powers that be’ fail and fall, letting chaos and the rule of ‘right-for-me’ prevail. And there were also the people that advocated locking the ‘WikiLeaker’ up and condemning what was done as anarchism, terroris

m, despotism, or fundamental left-wing fascism, with Julian Assange being no better than Osama Bin Laden, Sadam Hussein, or Kim Jong il. And most recently, in a campaign declaring the start of a ‘cyberwar,’ hundreds of internet activists began a ‘retaliatory’ attack on the websites of multinational corporations and other organizations that ‘they’ have deemed hostile to WikiLeaks!

Meanwhile, the fire continued to consume the Carmel Mountains through the weekend and beyond, eventually turning to ash: some 12,000 acres, over 5 million 50 to 100 year old trees, 250 homes (including a friend of mine’s), Hashem only knows how many birds and a 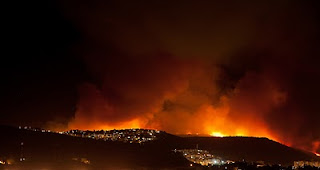 nimals, and to date, at least 42 human beings. Most people in my neck of the woods switched their satiation of choice from ‘fear-of-Wiki’ to ‘fear-of-bushfire;’ I know I did. The news conglomerates broadcasting from around the world seemed to switch immediately and all of a sudden; WikiLeaks and its leaker had become completely obscured by the smell of real smoke, instead of funhouse mirrors, and ‘true’ fear was now floating across our collective consciousness.

It is entirely possible that the nature of the transformation may have had something to do with the nature of the word ‘wiki.’ A couple of years ago, in a technical writing course, my instructor told the class that the word ‘wiki-wiki’ is a Hawaiian word for ‘quick.’ So, if this is indeed true, then the nature of WikiLeaks must therefore be: to ‘come quickly’ and then ‘go quickly’… I guess… or, the quick transformation could have been because the world had already known the ‘truth’ that WikiLeaks proclaimed to be releasing as ‘secrets of the state oppressors.’ Or… I may be barking up the wrong tree... entirely. 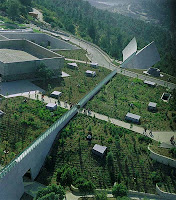 Think about this – is the ‘truth’ really so important? Our collective society seems to think that it is, the exception, of course, is when we want to keep something a secret or to protect a secret by telling an outright lie. I visited Yad Vashem (the Holocaust Memorial Museum) in Jerusalem this week with a good friend that was visiting from the US (hi Barbara!). When going to Yad Vashem or any Holocaust Memorial, I always try to understand a little more about the genocide that was committed, but in doing so, ultim 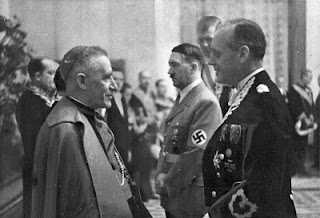 ately I understand a lot less about the big picture of life; this time, however, I walked out of Yad Vashem with a new piece of the puzzle to ponder. I had known that Pope Pius XII let the Jews burn, knowing all along what was going on in the death camps, not raising a finger to prevent it, and essentially sending the entire Jewish population of Rome to their collective decimation. What I didn’t know was that the Americans (yes, the US government) also knew early on and had multiple opportunities to stop the largest genocide of all time by bombing the death camps and/or the cattle-car tracks leading to them. There is still debate about it all, just like in the case of the Pope; however, when you get right down to it, I think that we all see that the

facts on the ground, not the excuses flying around, point to the difficult realization that America, like almost the entirety of the rest of the world, let the Jews burn...

After plunging through the spiraling descent of images, stories, and gruesome realities lying in wait beneath the thin veneer of humanity’s arrogance, I passed though the organized Jewish resistance room (a very popular section in Israeli society) and walked into a little display of ‘righteous gentiles.’ These were the nations, cities, neighborhoods, and individuals that put themselves in harm’s way, as the Nazi death machine rolled across the face of human civilization, to save a few feeble souls fr

om the grinding molars of the Holocaust. These were unique pinpricks of light, blasting forth through an otherwise dark and smoke filled reality.

Because catastrophes such as these are virtually impossible to understand from any rational perspective, we are often forced to categorize them within a mystical context, something like cosmic battles between darkness and light. We do, however, have a misconception that there is anything other than you and I controlling the darkness. The shadows in the world are our own creation, as we eliminate the light by holding our collective ‘hand of ego’ over the brilliance of Hashem shining

down upon us. Virtually every nation on the planet contributed either directly or by indifference to the energetic darkness of the modern industrialized genocide, the Holocaust.

In contrast to this, in Eretz Israel where the flames were burning, maiming, and killing everything and everyone in their path, many of the nations of the world stopped thrashing about within the collective ego of mankind and rose to become righteous gentiles by sending aid to extinguish the brush fires that were raging outside my office window and across the Carmel Mountains; mankind, it seems, has turned a corner. The nations of the world, including many of the sworn enemies of Israel, put

down their machines of destruction and joined the ‘one’ human race in order to fight a larger, more truthful villain. This was a villain that did not discern between the powerful and the weak, the rich and the poor, or the politically correct and the powers that be. If you look at it in one way, as hard as that is to stomach, it could be seen that this terrible villain might have been sent to teach humanity humility, oneness, and to foster a combined – higher purpose.

I learned recently that there is at least one place where G-D tells a lie in the Torah. When angels told Abraham’s wife Sarah that she was to be blessed with a child, she mocked the prophecy when she claimed that her husband was too old to become a father. Then, when G-D repeated what she had said to Abraham, He changed the story; in Hashem’s version of events, Sarah takes the responsibility unto herself by saying, “I am too old to bear a child.” This was not true, but was kind to say to Abraham. So, from this story, the Sages conclude that it is acceptable and even necessary to lie in order to maintain peace, especially within the home, as opposed to telling the truth and hurting unnecessarily. Likewise,

as Rashi explains about this week’s parsha (Genesis 45:1), there is a time and a place to reveal the truth. When Joseph reveals his true identity to his brothers, the Torah tells us that Joseph could not restrain himself any longer and had all the Egyptian servants leave the room, so as not to embarrass his brothers in front of them for selling Joseph into slavery. Embarrassing his brothers would have been hurtful and unnece

ssary, regardless of what they had done to Joseph.

Defense Secretary Robert M. Gates, in his first acknowledgment of the damage done by WikiLeaks, said in a public interview that, “(It is) extraordinarily embarrassing for the United States.” So, from a Torah perspective, the embarrassment caused by WikiLeaks is counterproductive and damaging to any US national; however, if we look closely at the communications, it is possible to see what is ‘really’ being revealed by WikiLeaks. What comes to light is the darkness in the world. We see the trouble makers, the cancer-like amorphous nation-blobs, like Iran, North Korea, Venezuela, Zimbabwe, Libya, and Sudan, all of which are ruled by self-styled revolutionary regimes from across the political spectrum, right-wing, left wing, religious fundamentalist, and secular wacko. On an interesting side note, the younger brothers and sisters of these cancero

us nation-blobs also had some dark things to say about the catastrophic forest fire in Israel and its relief efforts. Here are a few samples from Arab media outlets – just in case your local media didn’t cover it:

“May Allah punish all Arabs who helped put down the fire.”“O Allah, destroy them (the Jews) and all the enemies of Islam.”“This is the right time for Iran. If one fire has caused panic in the Zionist entity, where are Machmoud Achmadinajad and Hassan Nasrallah? And where is Syria? One rocket could set thousands of fires.”“To Hezbollah, Hamas, and all Arabs: This is a golden opportunity to get rid of Israel. The sea and fire are in front of the Jews and weapons are behind them.”

“Allah Akbar! This is an effective weapon. We call on our Palestinian brothers to set fire to all forests.”“Thank God for this new Holocaust and shame on the Egyptian authorities (that) rushed to save the Zionists while continuing to lay siege against our brothers in the Gaza Strip.” 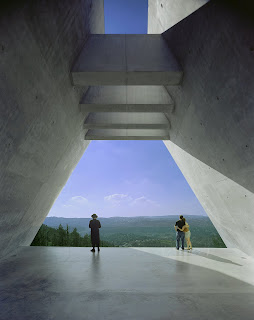 monuments bowels, we slowly made our way up the bleak concrete ramp that carried us up into a fading triangular sky. My wife, then, looked me in the eye and asked me a question. It was a simple question, which enjoined with a deep and complicated answer. She asked, “Why would you want to join the Jewish people, a people that has been (and is) persecuted so thoroughly throughout history?”

I answered the only thing that I could. I answered, “Because... I want to stand up for the truth in the world. If that means that I have to be persecuted as a member of a persecuted people, then so be it. I am just glad I live in Israel, the safest place on Earth for a Jew to live.” So, what is truth anyways? We already know, based on our insight from above, what it isn’t – it isn’t the ‘opposite of a lie.’ Truth, then, can only be one thing – truth is light. The dark places in the world can have a life of their own only as long as we feed them with shadows based on our actions in the world. Once we reach out to the light, t 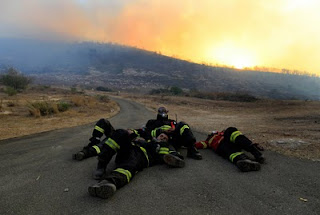 o Hashem, the light will always find the cracks, pushing into the dark places, like water melting deep blue crevasses into an ancient frozen glacier. The trick, it seems, is to know when to tell the truth and when to bend it for the sake of compassion and kindness.

In summation, all I can say is, “May the next WikiLeaks be instead WikiTruths; may we bend our actions and behavior, bringing cascading sheets of kindness, compassion, and light into the world; and may we be blessed to see the Carmel Forest bloom, once again, in our lifetimes…”

To help, contact JNF by clicking – http://www.jnf.org/ – and plant a tree in Israel!