It was dark, late at night. We had to find a way to get around the town. All the people and lights were just too much. The three of us were walking down the main street in Laguna Beach trying to get home from a high school party that had been across town. Alice wouldn’t have been shocked in the least at the cornucopia of party potions, and I seemed to have gotten hit harder than the others. To get home we were forced to walk under the canopy of lights, having to endure the warped faces of sweaty tourists staring at us with expressions of shock and fear. We made it across the Pacific Coast Highway and bolted directly to safety, to the solitude of the beach and the pounding surf of the Pacific Ocean.

My feet sank into the sand there, with each step drilling deeper and deeper into the Earth. The sound of waves felt familiar. We walked deeper, straight into the surf, but stopped when the roiling waves reached our knees. We turned and moved north again, along the sea shore’s edge, an edge that defined death for both land and for sea. The storm that had just blown through had washed kelp into piles up onto the shore. The seaweed stank. I tripped on it every other step, with its sea bulbs catching between my toes, salt and sand scrapping against skin. We walked to the dark formless rock face at the north end of the beach, the cliffs that hung above Rock Pile. We climbed. It was a path that we all knew, but none better than me. I had spent many days traversing the cliff and knew the pitfalls and promontories by heart. I was home, finally. I was away from the people that looked and gawked with warbling faces—I was free of that now.

I was home… which is why I couldn't understand why the ground was moving beneath me. I took a step and slid back down the path two steps… or three. The sticky, wet earth was moving with me as I tried to lead the others up the cliff face, up that path that I knew so well. I couldn't go back to the lights and the crowds. I had to carry on and I 'knew' the path … so, reasserting my drive to continue, I turned and only then realized that the others had left. I remember them saying that they wanted to walk on the sidewalk, in the town, under the lights. They didn't care about the people and the cars; they left me alone… I was alone … and the ground was moving beneath me. I was tripping on more than my own expectations—I was tripping, now muddy from head to toe, on myself.

It became that familiar struggle between me and me, between the water above and the water below, climbing that sliding torrent of hungry earth. It reached out and stuck to me, binding my feet into blocks of dense, heavy, protoplasmic mire. I lost my flip-flop sandals, each being sucked from a foot like lips smacking with a greedy tongue. I kept battling to get to the top of the cliff face, the whole time wondering what was wrong with the universe. How was it possible that my well-worn foot holds were no longer there? The earth was moving, it was flowing, and it had covered over the path as it slumped downward to the rocks and sand below… and it was doing so to keep me from reaching the top. How was it possible that I was alone and fighting to see over the edge? How had this happened? I stood there and wondered aloud to myself. I wondered who I was; I screamed into the heavens, shaking my muddied fists at the universe with pounding questions reverberating off the empty surface of the inside of my skull…

I gave in to the sliding cliff face, finally walking around it as my friends had, I made it home and slept off the residual haze of the previous night’s explorations. In the morning all the usual fog descended upon my head and I forgot completely about my question. I didn’t, however, forget about the path of mud that had blocked my passage home. So, I rode my skateboard down to Rock Pile to see if it had all been a dream. Arriving at the cliff I found a gargantuan slide of mud that had been unleashed from the cliff above to roll down the cliff face towards the beach, evidently from the storm. The entire area was cordoned off with hazard tape that had been placed there that very morning. All I could think about was that, because of the emergency personnel and the hazard tape, I couldn’t even get close enough to see how far I had gotten up the cliff the night before, or even to find my footsteps in the mud. I wanted to find my missing flip-flop sandals.
Posted by Doronoll at 16:37
Email ThisBlogThis!Share to TwitterShare to FacebookShare to Pinterest
Newer Posts Older Posts Home
Subscribe to: Posts (Atom) 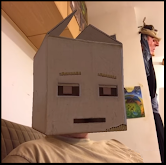