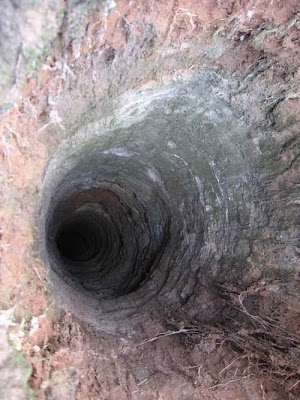 Since I don’t ‘even’ have any idea what the actual Torah Portion was last week, partially because I was sick all week long and didn’t go to Shul on Shabbat (like a bad boy) and partially because the whole Jewish thing is all new to me, I am going to skip the ‘actual’ parsha for this week, seeing as I wrote a nice little ditty last week on Kedoshim (Leviticus 19-20), and move right into something else that I have been thinking about; namely, ‘The Generation of the Desert.’

This is the generation of Israelites that, because of the spies that gave a false report when scouting the land, had to wander around and then die in the desert, never to set foot in Israel. Seems harsh, doesn’t it? I have been identifying with this idea recently from the struggle of just getting along here in the Promised Land. Now don’t get me wrong; it is absolutely amazing here on so many levels... It’s just that little things like language, culture, religion, work, schooling for the kids, and just plain communication on every level conceivable is sometimes so... impossible! We have had a few new incidents with the ‘oh so neighborly neighbor’ as of late, along with an assortment of other deal stopper kinds of things that just make me feel like an outsider. My kids will go into the army and that seems to solidify a real connection with the land, but for me and my generation, it sure feels like I am doomed to the desert...

The Midrash says that every new moon while the Israelites were wandering in the Sinai Desert, they would each dig a grave and spend the night in it. In the morning, the ones that climbed out of the holes in the ground would then just have to fill in the graves of those that didn’t wake up. They did this until one new moon when everyone got up out of their respective holes. At first they thought that they must have made a mistake and tried again the next night, but they all got up again the next day too. What had happened is the entire generation that had witnessed the unthinkable level of affliction with slavery in Egypt, the 10 Plagues that decimated Egypt, the cataclysmic, otherworldly splitting of the Red Sea, and witnessed God, the Creator of the Universe, first hand on Mount Sinai in the only group revelation that ever occurred in the history of mankind that was subsequently passed down from each living generation to future generations for 3,500 years... had all died.

This was the desert generation and I guess I just feel haunted by this idea a little nowadays. Our kids are doing great, our professional lives are progressing quite nicely, our spiritual life is deepening in leaps and bounds, but under it all, I just seem to be waiting to get up one morning dead to this world and alive in the ‘next.’ I emphasize the next for a reason here. It kind of correlates with the Israelites, I guess, and how they must have felt after witnessing God in the world just so ‘in your face.’ God for us is fairly removed as a general rule of thumb. We pray when we are supposed to or we need something, but really… this is kind of the Super Man version of God, isn’t it? You know, I have explained it before; when we need something we ask for a miracle, God then swoops in to save the day, and we promptly ask Him to go away and wait for us to call again, so that we can do all the things we are not supposed to do. Or, he doesn’t swoop in and we can blame all of our problems on Him.

I think that it all comes down to the inevitable obviousness of the physical world’s temporariness, shallowness, and unimportant...ness, and the spiritual world’s overwhelming sense of purpose, fullness, and ultimately the real reality. What am I talking about? What, are you not a believer? Well, if that is the case, you should ask yourself, ‘Am I really alive?’ You see, even though there is some ‘physical evidence’ of the Israelites leaving Egypt (things like the Ipuwer Papyrus that detail many of the plagues down to a river of blood and fiery hale destroying everything, the spiritual evidence is enough to bowl anyone over. Consider that the Jews are the only group of people in the world that are still doing the same thing in the same place after 4,000 years. The Greeks are now modern Greeks with a variety of ‘European’ characteristics, not Ancient democratic-inventor \ polito-philosophical Greeks, the Romans are members of a little metropolitan city in the middle of Italy and not an irresistible empire that rules the known world, and the Egyptians are something ‘entirely’ different altogether. Yet, the Jews just keep on ticking, still wearing phylacteries, still saying the same old prayers, still philosophizing about the nature of the Universe and purpose behind it all with the same ancient textbook, written exactly (and I mean exactly) the same way it has always been, the Torah that was received on Mount Sinai from God.

I guess the bottom line is that when I was called to move to Israel, it felt like God Himself was sitting next to me for a year before I left the US and afterward for quite a long time. It was a kind of physiological revelation that drove me to make Aliyah (to Go Up), I guess kind of like the Israelites did 3,500 years ago. They left from the first Diaspora in Egypt and were forced to go up by God Himself. This effectively removed their free will to some extent, but I can’t get into that now. Let me just say that the Midrash says that when God spoke the first commandment to the Jews, they all died. So, God put them back and spoke the second commandment and they all died again. After that (and I can really relate right now), the Jews just said, ‘This is a little too rough for us. How about you just tell Moses and he can relay the rest to us…’

That feeling, I think, is kind of what I am talking about. I was a Goy, living the life with everything in the world of comfort that I could imagine. I had big plans with art, surfing, ceramics, and more. Then, without knowing what hit me, I stepped off of a cliff of spiritual depth that just keeps getting deeper and deeper. The further I fall, the less I feel connected to the ‘world’ and yet, the more I realize what the ‘world’ really is and how important it is to stay connected...

Ultimately, this seems to be a bitter-sweet story. It is definitely a story of wonder and amazement, but it is also a story of the inevitable collapse under the pressure of the truth of what life really is. Sometimes you climb out of the hole that you painstakingly dug for yourself and sometimes you just don’t.