Y Gen and Strike Two! You’re out of the Promised Land 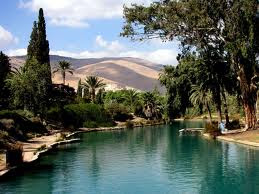 What is Generation Y anyways? I mean, when I say it to myself, it comes out like this: ‘Generation why…?’ and that is a really good question too; don’t you think? To try and understand this, we may need to back up in the Latin alphabet a little. Generation X was the term that applied to the generation born between 1964 and 1981, right after the Baby-boom Generation (1946-1964). I was born at the very end of that generation, which is popularly attributed to post-WWII rampant baby making practices of the previous generation. My kids were born in Generation X, which is considered (according to a series of books that I ‘didn’t’ read by William Strauss and Neil Howe) the “Awakening” generation, a time when spiritual rebellion ensues.

In this book series, the Baby Boom Generation (BB for short) is considered the “High Cycle” generation, in which a new order of human expansion is developed that replaces the older order. The BB Generation followed on the heels of the 2nd World War, which was considered the ‘Fourth Turning’ or the crisis generation. It is dominated by an era of extreme crisis’, which forces the world to redefine its essence, structure, goals, and purpose, giving birth to the “High Cycle” or in our case, the BB Generation.

And in other news... Today, I went to Gan Ha Shlosha or in Arabic, Sahne. I hadn’t been there before. I went with Adele and the kids for one final blast before summer camp and army service. It is an oasis in the desert that you would not believe. Everyone there was enjoying themselves immensely, but I couldn’t help but notice that the lifeguards were a little less concerned about the Arabs jumping off the cliffs then they were the Jews. It was strange, like they were afraid of saying anything. The same thing seems to happen here in my home town of Zichron Yaacov. We have a neighboring town called Faradis that was named by the Crusaders when they passed through about 1,000 years ago. They called it Paradise and since the Arabs can’t pronounce ‘P...’ Faradis is a scrabbling hillside community that just winds up the mountain. It has no real roads, but it is being built like you would not believe. The houses are beautiful and they have a giant mosque with a gold looking dome too. Money is being poured into this little town, just like here in Zichron.

The difference seems to be that the police don’t go into Faradis so much. The planning commission doesn’t seem to be approving any plans there either. Everyone seems petrified of creating an international incident, based on an illegal deck built onto the side of some Arab’s house. They are now even moving an entire highway, due to the illegal building of various storefronts into the road...

This whole crazy situation reminds me of another really crazy situation, the Freedom Flotilla... Da da da... I mentioned it while we swam together in the Mediterranean a couple of weeks ago: “This is the anniversary of the Mavi Marmara terrorist attack and the next illegal flotilla, inspired by President Barack Obama’s best-selling book (The Audacity of Hope) and supported by his long time friend from Chicago (Prof. Rashid Khalidi, director of the Middle East Institute at Columbia University’s School of International and Public Affairs…), is coming as we speak...”

Do you remember that? This is absolutely insane — that the President of the United States of America could be even remotely connected to such misguided fools! This, my friends, is the ‘Y’ generation building to a Crisis Cycle.

OK, let me explain a little better. Going back a few years, here is an example of what I mean: In this week’s parsha, Chukat (Numbers 19:1-22:1), Moses hits the rock, not just once, but twice. So, just because the Israelites were tired and cranky, whining all the time about every little thing, does that give the most humble man that ever lived the right to get a little peeved and hit the rock that Hashem told him to speak to for water? The Rabbis teach us that Moses could have been forgiven if he were to have hit the rock only once; after all, he was only human. Hitting the rock twice, however, was his fault and he was punished for it. Moses hit the rock out of pure anger, not a mistake, because of the Israelites’ incessant complaining against God, but this is what Moses should have avoided at all costs. It ultimately cost him the ability to enter the Promised Land.

The Israelites have been complaining through the last 3 parshas: Shlach with the spies, Korach with Korach and his followers, and now all of the Israelites in one big loud WAAAAA! Sound a bit like the Y Generation to you? Remember ‘individualism’ and ‘fragmentation?’ We also know what happened next. The entire generation was doomed to die in the desert, never reaching the Promised Land themselves.

Their kids were born in the desert and watched as their parents died in the graves that they had dug themselves. This is the ‘Fourth Turning’ generation, the cataclysmic breakdown of society that only ends when the next generation, the “High Cycle” generation begins to prosper in the Holy Land, to make it all anew. According to the aforementioned series of books (but, not the Five Books of Moses…), each of these cycles has its archetypes: Prophet, Nomad, Hero, and Artist. Take the “Unraveling” generation for instance. They grew up during the “Awakening Cycle.”

I know you’re all confused... Let me explain it like this:

A Prophet is born during a High Cycle (BB Generation) and spends his/her adult years during an Awakening Cycle, midlife during an Unraveling Cycle, and spends old age in a Crisis Cycle.

A Nomad is born during an Awakening Cycle (Gen X) and spends his/her adult years during an Unraveling Cycle, spends midlife during a Crisis Cycle, and spends old age in a High Cycle.

A Hero is born during an Unraveling Cycle (Y Gen), spends his/her adult years during a Crisis Cycle, spends midlife during a High Cycle, and spends old age in an Awakening Cycle.

An Artist is born during a Crisis Cycle (Gen - ?), spends his/her adult years in a High Cycle, spends midlife in an Awakening Cycle, and spends old age in an Unraveling Cycle.

Now that we all understand completely, let’s look at our current situation in the world, just to fill out the idea. The so-called “Freedom Flotilla” is destined to attempt to break the maritime blockade of the terrorist enclave of Gaza. Public opinion appears to be harshly divided on how effective and/or how necessary this operation is. We have ample proof, for instance, that the millions of dollars in foreign aid that rolls into Gaza are being spent on the creation of a fairly nice middle class. Remember, this is money that the Palestinians there have earned with hard work. This burgeoning middle class seems to have utterly fooled a large percentage of the world into thinking that they are cutoff and live in war-torn tent towns. Foreign journalists are paraded through these shanty-town stage sets and given ample photo opportunities to further their political and seemingly unknown to them, anti-Semitic, anti-peace agendas. Boy... sounds quite insane to me...

Meanwhile, the Flotilla is still docked and keeps experiencing strange occurrences of sabotage, one ship at a time and the organizers are trying to say that the Israelis are the only ones that will benefit from these type of actions; duuuu... So, how does this all tie into the generational stratospheres that I described above? Honestly, I am racking my brain for some kind of connection. As I sit here and write this, the only thing that comes to mind is that we are heading into the Y Generation’s unraveling, leading ultimately to the crisis to come. All of this crazy stuff going on in the world now, things like Neo-Nazi’s wearing Palestinian kafias and the so-called Freedom Flotilla in route to bring unneeded supplies and unneeded freedom to the Gaza middle class, and the righteous individuals in the world, that have always been responsible for real positive change, who are buying in, hook, line, and sinker... makes you just wonder how things got so upside down, which is a great place to stop.