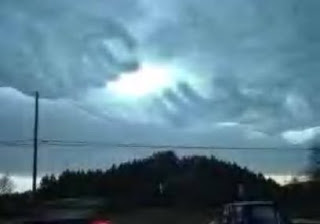 Ma hadash… Well, what is new anyways? In the big picture… we are all still working on our little lives, busy all the time, living day to day. The news is just more of the same (check this link out for the official… ‘Global Incident Map’ to see what I mean). http://www.globalincidentmap.com/home.php Is there anything that is really new to us in the world? Are we all just on a cosmic zip-line that takes us down the same track as the last time? Or, are we really doing something that counts, something with meaning to us and the people around us? Maybe if we are lucky, there could also be some meaning beyond our little lives and into the unknown. Well, the word unknown is kind of leading because we actually do know if we want to take the time to not only look, but to believe. I have recently taken steps to continue to walk up that path. A path that started for me as a Surfer on the beaches of Southern California and in the want-to-be ashram of the Hare Krishna’s in Laguna Beach, California. It continued at U.C. Santa Barbara Hillel with Rav Steve Cohen who was not only my first Rabbi, but my first Hebrew teacher as well. This path moved with me to Boulder, Colorado with first Jewish Renewal and then, as Hashem would have it, an amazing shift in consciousness and spiritual awareness to Aish Kodesh in Boulder and Rav. Gavriel Goldfeder’s North Boulder Shul (Yehudis Fishman too!) From there you know the rest from the blogs I have been spilling all over the internet super highway. So, ma hadash you ask? My spiritual journey, after having a brief hiatus to reflect and to develop a new and improved Israeli base of operations, is now under way once again. As some of you may or may not know, I was not born a Jew. I found Judaism in my quest for answers to questions that had none. Judaism gave me answers, but not like you may think. You see, it is customary in Judaism to answer a question with more questions so after 25 years of asking questions you can imagine how many questions I have rolling around in my head! However, not to worry, these questions all lead to one cosmic and ultimate answer which is really just the biggest question that has been continually asked throughout human history by every single human being and in every culture known… “G-D???!” So here I am, in the cradle of civilization, in the heart of the Holy Land for Jews and for Christians (also a minor holy land for Muslims… well, technically they were here more so when the Turks took over just a few hundred years ago…but that’s another story), and still asking the big question. I know that there are some answers around here someplace… There just has to be, and that is why I have decided to continue on this journey and to go to the next level. My loving wife and children have given me the green light to proceed on a cosmic quest, a journey that G-D willing will last until I am 120 years old. My old friend, my Kippa, is now permanently upon my head and I am moving up that path toward enlightenment and toward, yep… you probably guessed it… more questions. And speaking of Kipote (Yarmulke plural), today at the factory I had an interesting encounter with the hostile Nazareth Arabs from a couple of blogs ago. I was driving a fork lift, filled high with thousands of shekels worth of materials down a steep ramp. You need to drive backwards (one thing I learned in the 30 hours of forklift driving theory that I wrote about a while back) and saw in the rear view mirror these Arabs walking up behind the forklift. Now this is a forklift with sticky brakes, a teetering load of expensive and slippery materials, and driving down a steep and bumpy hill. Anybody walking up behind it is worrisome. There were two of them and one of them, the older one, walked around with some room to spare, but the younger guy walked right up behind the forklift, walked as close as he could to it, glared at me when he went past, and then when in front of it, turned his head and gave me a confrontational kind of grin, like you might see on a little gangster kid. Then it hit me; this guy has seen me before but he hasn’t seen me with a Kippa on my head. Aye… So, I have had a few dreams that I hoped to accomplish sometime in my life. One was to learn another language, one was to learn to play a musical instrument, and the last was to learn a martial art. The language is getting there slowly but surely and the instrument will probably be a Shofar. As for the martial art? Maybe Crav Maga (an Israeli martial art)… I think when I am wandering around in Israel with a Kippa on my head it might come in handy, at least in my own mind…Hashem is watching too! Now… that is a really nice feeling to have. Chanuka Sameach, Shabbat Shalom, and Baruch Hashem! Lahetraote Kulam
Posted by Dnoll at 09:55
Email ThisBlogThis!Share to TwitterShare to FacebookShare to Pinterest
Newer Post Older Post Home