Inside the Mind of G*D 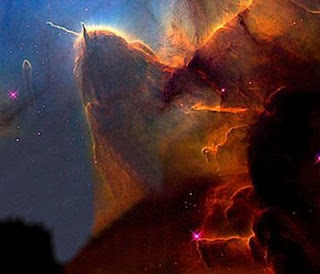 A couple of blogs ago I put a reference to the Hebrew phrase, mazaltov, right smack in the middle of it and then just left it as a question. The question had something to do with how it’s translation to ‘constellation’ or ‘luck’ wasn’t really very accurate or even a Jewish idea. Well, my friend Louis helped me understand this one a little bit. Here is a link that he sent me as well that actually starts with a similar question;
Mozal Tov???
So, now I think I got it a little more figured out. To make it a little simpler, think of the number 3. You see, with three legs a table will stand up. It doesn’t need 4 and it won’t work with only 2. A table is a great analogy because it can stand for so many things. A table is a place where just about everything takes place. A dinning table is where we nourish ourselves both from the physical and the spiritual standpoints. A desk is a table where we get our work done, or in my case, a workbench as well. So I think you get the idea…

Let’s call the table top the place where everything happens. Then the legs can be considered the supports of all that is happening on that table top. What kind of legs can we give the table? There are many ideas about the legs of the table in Judaism however, lets stick with tefillah (prayer), mitzvote (good deeds/commandments), and you guessed it… mazal (drip of soul from above?).

So how does that work you ask? Well, I think we need to explore a different idea first. Something else I learned is that everything in the physical world is really just an illusion. You would think it was the other way around wouldn’t you? You know, everything in the illusive world is an illusion. Really all the physical stuff that surrounds us is made of light or energy. Physicists now are confirming this with their experiments into the building blocks of life. If you break down an atom into its most basic element you are left with just energy and since all things are made of molecules and all molecules are made of atoms and all atoms are made of energy then it would be safe to say that all things are made of energy, you know, if A=B and B=C then A=C, or something like that.

Now that it is settled that all matter is really energy (sounds like The Matrix, doesn’t it?), this begs the question, what is all that energy for? In The Matrix it was to deceive the human race into living normal lives while there was really a sinister plot going on to use their bodies for, you guessed it, energy. In our world, maybe it isn’t such a sinister plot, however based on what we now know, energy is definitely involved.

Think about this one…

What if we are all really just living inside the mind of G-D? What if we are all just organisms such as anti-bodies and cancer-cells, floating around inside our known universe and acting, either according to, or against the grand plan. Visualize this; a cancer cell will latch onto existing healthy cells and create havoc. Anti-bodies will race to the rescue to try and right the situation, sometimes helping and sometimes adding to the problem. All these cells seem to have free will to either act according to the plan or against it. Have you heard the expression, “everything is G-D”? Or… what about the expression, “G-D is everywhere”? If we are really the anti-bodies and viruses inside a cosmic body then maybe we are really just inside the mind of G-D after all.

If this is the case, then it would be safe to assume that mazal would really just be the closest thing to the cosmic bodies nervous system, kind of like when the characters from the Matrix would just get sucked into the telephone lines and end up back in the real (illusive) world. We have already shown that we are talking about the real energy in the physical world and not the willy-nilly stuff in fairytales right? And that being so, this energy is acting according to some grand plan (Physics 101) and that we play a part in the plan with free will. And just for fun, Louis also gave me a great analogy about how our computers all have an I.P. address and that this address is unique to each computer and that enables, for instance, the computer that my Uncle Bob is working on in California to send a message to my computer half way around the planet and it doesn’t even take the same path every time. It will follow the path of least resistance. The cool thing about this analogy is that this whole system is operating from light and energy, just like, we now know, the illusive world (code for real world) uses.