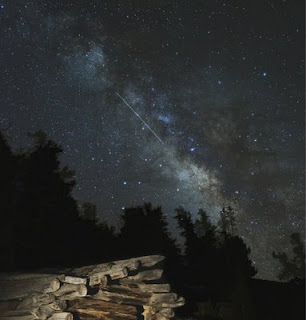 Last year on Holocaust Memorial Day, I was very fresh in this amazing Country. I didn’t really know what to expect when the siren went off to memorialize the 6,000,000 (notice all the zeros?) Jews that had fallen to torture, death, and ashes, in the Nazi Germany Holocaust. I remember wondering what it would be like a few days before, knowing that the whole Country would stop what they were doing and stand in place, looking out over the survivors and their descendants, which were also standing… and looking. Ironically enough, I spent that first minute or so looking out across the factory of Germans where I work.

Tomorrow I expect that it will be about the same, although with a few minor differences. Things like, the old man that used to work next to me, who one day decided to tell me about how he was drafted into the German army during WWII when he was seventeen. It was towards the end of the war and, evidently, the Germans were just throwing people at the front line. This old man, I think his name was Johannes, was beckoned by the French and American Army soldiers that were fighting the Germans to run across to the side of the Allies. This old man told me that he threw down his weapon and ran. He made it and then spent some time in an American prisoner of war camp. Johannes died this year. He was very old and when he came in to work was barely able to do it. I helped him when I could, but knew that his days must be numbered. He was excited to find out that I was American and that is why, I think, that he confided in me about his past. Even the Germans at the factory didn’t know about this. Maybe he felt guilty and waited his whole life to get this little secret off his chest. I don’t know and I guess, never really will.

I have also changed. I have matured into a different sort of person as well. I think that is the biggest change from last years Yom Ha Shoah for me. I remember being so amazed last year at a whole Country full of aging victims of the Holocaust. That was over 60 years ago now and many of these victims have been quietly moving to the next world. Last year I saw a few elderly people with a blurry little number that had been tattooed on there forearms. I haven’t seen any for a while though.

The World is changing. People are starting to forget, either by accident or on purpose because of the difficulty in facing these demons. Let’s not let this happen. Modern day Israel was built on the ashes of the 6 million. This tragedy of inhuman scale can happen again at any time. We need to remember…

be well everyone and blessings from The Holy Land.
Posted by Dnoll at 20:03
Email ThisBlogThis!Share to TwitterShare to FacebookShare to Pinterest
Newer Post Older Post Home