Home Again and the One Armed German 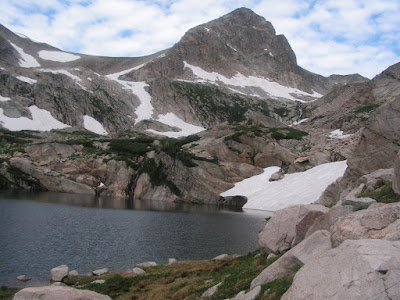 The inspiration for this story came to me today when, as I was working at my bench in the German gas filtration system factory, two older men walked up to me. I hadn’t seen them before and wasn’t sure that they knew Hebrew (as many of the older folks there do not) but after they hovered for just enough time for me to know that they needed something I took off my headset and asked if I could help them. It isn’t important what they wanted and I just sent them up to see my boss on the second floor of the factory but what was important to me were two things. First was that I had been listening to a lesson on Tisha’beAv (see last years blog with the same title at http://bravenewland.blogspot.com/2007/07/tisha-b-av.html ) and it was right in the middle of the second of two stories on the Holocaust when I paused my Ipod to look up, ask if I could help, and then notice the second thing which was that one of the old German men was missing an arm. He stood back a little and acted as though he didn’t understand while the other German did all the talking.

I guess to really tell this story right I need to back up to my trip to America (see picture above of an amazing mountain hike I took). Yup, I traveled during the nine days when we shouldn’t even be swimming, much less flying at 30,000 feet over the Atlantic Ocean. I arranged my ticket with all the important things in mind, accept the yearly cycle of the Jewish calendar which if you read my last blog, you may connect some very important lessons about life… at least I was back home in Israel for Shabbat and then Tisha’beAv itself…

Israel has been described to me as being a place where Hashem is the most present in the entire World. After all, He did live here for a period of time while there was a Mishkan in the desert and then on the Temple Mount in Jerusalem, twice for both the first and second Temples… you know, the place that the Arabs plopped their shrine down on top of called The Dome of the Rock. The rock, now buried and desecrated under the Muslim shrine is said to be the foundation stone of the universe by our sages and is the place where Jacob had his dream in which he battled with an Angel, the place where Isaac was almost sacrificed by Abraham, and the place directly under the Holy of Holies in the Temple where only once a year, on Yom Kippur, the High Priest would enter. This was the place where G-D has been most present in this World.

So coming back home to this place, of all places in the World, was pretty charged for me. I don’t live in Jerusalem but I have actually been in the Dome of the Rock on the Temple Mount (It was about 25 years ago when Jews could still do such things without the possibility of Holy War on the World by the Muslims who now control the entire Temple Mount, but that is another story). I live in Zichron Yaacov with my wonderful and beautiful wife and family and when I got home, I felt this (G-D) energy like it was going to knock me all the way back to America. I had one day to prepare for Shabbat and then right on its heels, Tisha be’Av. Adele had a house guest visiting from the States and both she and Adele were ripe for orienting me back into the Holy Land. Actually, I am getting ahead of myself, first on the morning of Tisha’beAv, I woke up, sat on the throne of contemplation, got a stomach ache, blacked out and fell over, hitting my head on the tile floor (if you read my last Tisha’beAv blog you would know that this made two for two) and I can still feel the bump now, a week later…Oy.

So where am I going with all this you might ask? I really don’t know. All I do know is that now that I have made Aliyah to Israel, my home is here. The energy and happenings around me are all extreme in nature, both positive and negative which brings me back to the one armed German. Sometimes I wonder what these people are doing here. These weren't the exact same guys that tortured and murdered 6,000,000 Jews in Germany but why do these decendants choose to live here, in the land of the Jews? Don’t get me wrong. They are the nicest people that I have ever known in my entire life but when an ‘older’ German walks in with a missing arm… I gotta start to wonder…

So, here I am home again and trying to get my sea legs back. I am not exited about going back to work tomorrow, I am not especially happy with my family life at the moment, I haven’t been able to study or even to pray as much as I would like, it is hotter and muggier then Hell, and I am also in a place where I feel the energy of G-D… all the time. The sages tell us that to really know G-D, we need to feel his presence not only at the times we feel happy or joyous, but to feel Him even when we are being squeezed through a toothpaste tube. I’m trying… I know, Ye’heyay beseder…

Love to you all.
Posted by Dnoll at 21:35
Email ThisBlogThis!Share to TwitterShare to FacebookShare to Pinterest 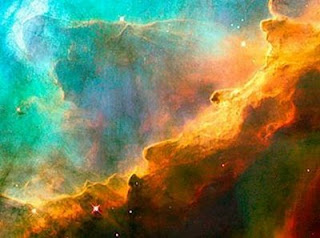 I recently have been traveling and as is normal during these times, however uncomfortable, I have also been waiting for flight connections, trains, planes, and waiting for automobiles to finish their journeys so that I may continue with mine. Because of all the incessant idle time spent just waiting around, a story comes to mind about the ultimate waiting room. This is the room that we all will pass through at some time, (may it be when we are 120). It is called the soul waiting room but technically since in this room there really isn’t any time, maybe a better name for this place should really be The Soul Womb.

The Sages bring down to us that when a baby is in the womb, it is taught all of Torah knowledge by a small quiet voice in its ear by a very special Angel. At the moment of its birth into this world, just as its head crowns, the Angel gently touches the child just under the nose, creating a dimple and causing the knowledge of Torah to be forgotten. This is a strange idea since I have to wonder, why bother in the first place? The only answer that I can think of to this is that it must have something to do with free will. Did you ever wonder what intuition was? Or what about dejavue? These things always feel real but from some other life or maybe a dream, like we were meant to remember but not to know why.

The soul waiting room is a very similar idea. While we are in the waiting room, we are not capable of free will. We know all that came before and we know all that came after because, like I said, in the waiting room there is no time to constrict our experiences. We are unable to act, however know exactly what to do. Sounds frustrating doesn’t it? Well, that’s nothing compared to this. What if we could see that all of the decisions that we made in life were only static or even worse just wrong, propelling us into a state of spiritual chaos. We would be stuck, just watching, as the choices we made in our physical life kept us from having the pleasure of the real journey in life and beyond… to be in relationship with G-D.

Maybe this is too big of an idea to really get our heads around without first exploring the thing that we all seem to be preoccupied with (instead of our ultimate destination). So let’s just say that in order to get from the physical world to the soul waiting room, considering that many of our choices are not necessarily the best in nature, we would need a decontamination tank to cleanse us from the stains that were acquired. Picture being on a battlefield in a war. You are running for your life and making split second decisions. There are chemical and biological hazards; there is also nuclear fallout and the usual flesh ripping armaments. How would you be able to get back to central command?

Well, once you found the map that you somehow lost or just plain lost faith in, followed it back to where you hoped you would find the home front and central command and after your initial elation, you would be received with what would probably feel a lot like torture by first having to go through a field medical diagnosis. This would probably feel like a whole lifetime after what you had just been through. Then you would maybe have some kind of field surgery and before you were allowed to enter the safe zone of the central command, you would need to first be put through a series of detox chambers where you were denuded with high pressure washing and coarse brushes of any hazards that you may have picked up along the way. Then you would be immediately sent to debriefing in order to tell your superiors of what your actions were and what decisions you had made on the battle field. This is a good analogy of what it would be like to pass from the physical world to the spiritual world and most people would call it Hell.

It is a place designed by G-D in order to purify our souls of the muck that will inevitably be clinging. We need to go through decontamination, the Sages tell us anywhere up to 11 months, and then we need to go through debriefing when a movie of our lives will be shown to us. This movie will be paused at all the juicy spots that we would rather fast forward. We will be forced to pay attention to these moments in detail and when the movie is done, we will then wait in timelessness for our next chance to make a difference in the physical world and in our souls. Well, that is if we get a chance to. Really, who knows… all I know is that now, after having a wonderful and terrible journey, I am back home and yup… making choices like crazy. It gives a whole new perspective on ‘being in the moment’.