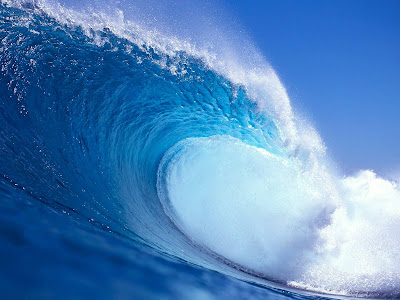 I thought the month of dreams, Kislev, was supposed to be, like, two months ago… Yup, I had another strange dream the other night. It was a frigid, bone-chilling night and, sleeping without a shirt on, my shoulders got colder and colder as the night progressed into the wee hours of the morning. In my sleep, I shifted about and moved around, but in the end, the only thing that I accomplished was having a dream about lying on my surfboard in the middle of the sea. In the dream, it was still dark out, like I had paddled out to catch a few waves before the sunrise. Eventually, as I laid there on my stomach trying to keep my arms close to my sides, out of pure cold-driven desperation, I reached down and pulled the covers up over my shoulders. Now I found myself lying on a surfboard, floating on the dark cold water, with a blanket over me to keep me warm.

I knew that something wasn’t quite right. In my dream, it never occurred to me that having a blanket over me while floating on the dark cold sea was a problem. In my dream, what was not right was that I had inadvertently trapped under the blanket with me, just inches away from my wet body, the dark cold blackness of the sea that plummeted down into the depths just under my surfboard. I had trapped it there with my security blanket, burying it under my perceived reality; I knew in the back of my mind that there were cold dark things lurking there, ready to lurch up and drag me down into the frigid depths, but I just carried on as if I had solved the problem. My shoulders were warm and I could still wait for the sun to come up and eventually I might even catch a wave or two...

This, I realize, is generally how I operate. It is normal physiological functioning to stuff the things that we can’t or don’t want to deal with, the things that we just can’t give words to in our attempt to birth it into the ‘finite’ universe. Our minds compartmentalize our experiences and categorize them into bitable bits and crunchable chunks. So, when we have a disconnect in this process, the mind buries it deep down, so that we don’t have to deal with it and can go on, living our lives, as if the reality that we experience was actually the experience of ‘our’ reality.

In this week’s parsha, B'Shalach (Exodus 13:17-17:16), the world is shown the magnificence and miracles of Hashem, including the splitting of Yom Suf (the Red Sea) for the Israelites as Pharaoh is desperately barreling down on them. The Rabbis bring down that in that moment, humanity knew by whom,

in reality, the world was run. But, it didn’t take long for the world to ‘cool the bath water’ and begin to challenge that notion.

“Remember what Amalek did to you on the road, on your way out of Egypt. That he happened upon you on the way and cut off those lagging to your rear, when you were tired and exhausted; he did not fear G-D. Therefore... you must obliterate the memory of Amalek from under the heavens. Do not forget” (Deuteronomy 25:17-19). Doesn’t that seem like an oxymoronic statement to you… you know, ‘obliterate the memory’ and ‘do not forget?’ let’s see if we can figure this one out…

Above, I used the words, “cool down the bath water” for a reason. Rashi explains that Amalek's attack was surprising and unexpected, "he happened upon you," which is a key aspect to the nature of the attack; it was brazen and full of trickery. However, Rashi also suggests that the word ‘karcha’ (he happened upon you) can also mean ‘he cooled you off’ coming from the Hebrew word ‘kar’ for cold.

Rashi goes on to explain that the Israelites were compared to a hot, scalding bath of water that was too hot to even enter, which symbolizes their great spiritual passion and achievements when they left Egypt. The Amalekites were willing to burn themselves by attacking the Israelites with the aim of showing that the connection to Hashem, which, because of their understanding of who the ultimate ruler of the world was, caused the spiritual heat in the world to cool off and showed the rest of humanity that it would not endure forever. By attacking in this way, without even the intention of winning the battle, Amalek cooled off the fear that all of the other nations in the world had for the Israelites, enabling them to attack not only the Stragglers, but Hashem’s providence in the world as well. Essentially, Amalek introduced doubt into the world.

In Hebrew, every letter has an equivalent number that can be added up. This is called gematria and the gematria of the word ‘Amalek’ is 240. This also happens to be the gematria of the word ‘safek’ or doubt. The doubt that Amalek brings to the world is the fundamental nature of doubt and it is expressed within the big picture, like the voice that we hear sometimes saying, ‘Can I, without a doubt, be sure there is a G-D?’ Or, it can be a small question like, ‘Am I really capable of doing the task that has been set in front of me?’ and ‘How can everything be for a purpose and not just random occurrences?’ Everything in life becomes subjective.

When Adam and Eve ate from the Tree of the Knowledge of Good and Evil, the dark and the light in the world mixed. Visualize holding your hand over a light bulb and making a shadow on the wall. In the world before the Sin of Adam and Eve, there would only be black and white with a crisp edge between them. Now we have gray to deal with and that is the place that we hang out, fostering doubt in our lives and in the world. 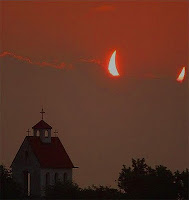 This gray area gave birth to the uniquely human ability to rationalize just about anything we want to, including the safety that I felt under my security blanket in the middle of the night while ignoring the cold, cold darkness down below my surfboard. That is me ignoring Amalek while pretending to myself that everything is absolutely OK. By remembering Amalek, we bring attention to the fact that it is not safe to be hanging around in the gray areas of doubt. The only way we can obliterate Amalek is to remember that he is lurking, somewhere in the dark depths of our minds and souls, instilling doubt with the unbelievably powerful weapon of our own rationalization. If we forget the inner Amalek, we are dooming ourselves to the darkness and the cold depths of the sea. Arrrghhh…. Shiver me timbers…

So how do you remember Amalek? I am going to start with ‘NO DOUBT!’