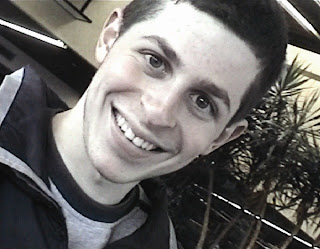 Now that we all know that we don’t really exist (assuming that you have been following along), we can move on to more important things, like how we can have the most joy in life and how we can avoid the pitfalls of poor decisions. Yeah, sounds just like a parental lecture; doesn’t it? Actually, I don’t really remember too many of those ‘parental lectures’ growing up. In a lot of ways, I grew up in a vacuum (not a dust sucking machine, but the vacuum of space). I didn’t get the ‘birds and bees talk,’ for instance, until I had already been singing with the birds for a few years and had been stung by a few bees too... Maybe it was the radical difference between my parent’s generation and mine. After all, they may have looked like hippies, with their long hair, beard and ponytail, loose clothing, and general ‘free-love appearance,’ but, for all practical purposes, they acted like they were on the set of Leave it to Beaver. My dad, beard and all, even drove this great, custom VW van (real hippy style) to work, five days a week, 8 to 6 or 7 everyday, as if he was ‘actually’ a corporate zombie.

When I think back on those times, I get a fuzzy feeling inside, like I entered a sacred space or something. Then again, maybe it is just natural to want to reminisce, like closing your eyes and remembering the beginning, experiencing the womb. I don’t have a lot of memories, but the ones that I do have are pivotal to who ‘I think’ I am today. Yeah, I know, I don’t really exist, but let’s just move on from that concept for now (no use beating a non-existent dead cow).

I guess I bring up the idea of who ‘I think’ I am for a reason. As it turns out, recently I ‘have’ been really trying to figure out who I actually am. We all go through these types of ‘soul searching’ events in our lives, some of which become new pathways and others that seem to grind us down even more. For instance, five years and four months ago, I moved to Israel from Boulder, Colorado. I had lived in Boulder for 15 years, steadily building a custom woodworking business. I had everything I could ever dream of wanting, but I was not happy or satisfied with life. Now, five and a half years later, after learning a new language, a new culture, a new religion, and a radically new way of life, I find that I am still grappling with the same problems, just a bit different, somehow...

Maybe it is because of being on such a crossroads in so many ways. I mean, so many things are in the process of seeing closure now. Take Gilad Shalit (sorry, poor choice of words) for instance. He was on a border patrol inside Israel and was captured at the beginning of the Second Lebanon War by tunneling terrorists, just two weeks after we moved to Israel. Seeing him returned was incredible. His kidnapping and subsequent imprisonment has been a constant reality to my experience living in Israel. As long as my family and I have been here, he has been denied his freedom, rotting in a tiny cell with no light and no outside communication. Now he is home with his family and friends, thank God!

Thanking God is a strange business as well. I had a conversation with a friend recently, in which I said that I was ‘absolutely’ positive that there is a God and that He runs the world, injecting His energy into it multiple times a second. I really do feel this is a fact, based on the learning that I have done in a variety of subjects, such as history, physics, and philosophy. Now, keep in mind that I am an artist, not a scientist, mathematician, or historian, but I really try hard to understand the nature of existence and, when combining all these subjects, it does seem to inextricably lead to the understanding that God runs the world.

So, why is it that I am so unsure and even somewhat depressed? During this time of Sukkot, we are supposed to be joyous; oh... maybe that is the issue... We are ‘supposed’ to be joyous. I mean, how do you force something like that, anyways? Being depressed is like being void of joy, just a vast empty space to be filled, which, of course, reminds me of how, in the beginning, the Universe was ‘void and formless.’ Everything in the Universe was compressed into something smaller than a mustard seed and then, all of a sudden, it expanded with a really ‘BIG BANG.’ Before the Universe had time to coalesce into anything, it was, yup, first void (empty) and then formless (a useless blob), as if the emptiness was filled in by some kind of form (which was still formless), eventually to take shape and resolve into the form of the Universe that we understand now.

If you think about it, ‘the beginning’ is the same process wherever you look. Think about the womb. This is a place that starts as only potential. It takes action (you know, like the birds and the bees…) to create life there. Once a life has begun, it is no longer void, but now has form. The form then grows and expands, physically, mentally, and spiritually, until it begins life again by becoming birthed into the physical world; the ultimate embodiment of pure potential and one of the biggest joys in life that can be had, I might add.

I was born on October 30th, 1962, which on the Hebrew calendar is Bet ve’Cheshvan, 5723 (celebrated on the same exact day this year!). But, why do we celebrate the beginning of potential anyways? After all, nothing has been achieved yet… Really, the celebration of a birthday should be for the moms in the world. My mom (if you have been following) is clinging to life now in a hospital bed on the opposite side of the planet from me. I recently unearthed some letters from her to her mother about me when I was a baby. Joy was very evident... Maybe that is what it is about. Not joy for the birthed, but joy for everyone, because of the birth.

The last blog entry I wrote, two weeks ago, developed the idea of how death is really a birth and therefore, the beginning and not the end (as well as pontificating on the nature of non-existence). Well, non-existence is not exactly what I mean. It is just a very different type of existence, kind of like life inside the womb, followed by birth into the physical world. This would be to say that when a soul is birthed into this world, it dies at the same time in Womb-world.

There are actually some ideas about what Womb-world is like. Of course, these ideas are similar to the ideas on the Spiritual world; you know… things like the Angel Gabriel, tucked into the womb with a soul that is growing there and whispering all the secrets of the Universe into the consciousness of the soul, only to remove that knowledge later as the transition to the physical world begins… Gilad, in a very week voice during an interview, said, "I thought I'd find myself in this situation for many years to come," when he was released from captivity. This must be what it is like to be born, to come into the world with no idea about anything, having been forced to forget it all and being left with a sense weariness after a long day’s work, but only emptiness to show for it. This must be the void, which, if God really does run the world, would have to be followed by the form; may it fit perfectly as we impress upon Gilad and his family the joy we ‘all’ feel at his return to the world of the living.

Blessings for a complete recovery and much joy in life to Gilad Shalit... home at last!