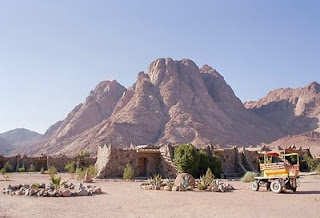 Shmuel, Dudoo, and Zachariah went camping in the desert. After they got their tent all set up, they all ate humus and falafel, smoked a nargilah for hour or so, and then they fell sound asleep. Some hours later, Zachariah woke the others up and said, “Havre, look towards the sky, what do you see?” 'Dudoo, whose grandparents were enlightened European Jews that all miraculously survived the Holocaust, said, “I see millions of stars.”

“What does that tell you?” asked Zechariah.

Dudoo, after pondering this philosophical question for a minute, replied, “Astronomically speaking, it tells me there are millions of galaxies and potentially billions of planets. It makes me wonder what it all means.”

Shmuel, whose real name is Samuel and made aliyah to Israel from the United States when he was 18 for the army, then said, “Astrologically, it tells me that Saturn is in Leo and theologically, Hashem is all-powerful and we are small and insignificant. Meteorologically, it seems we will have a beautiful day tomorrow. What's it tell you, Zachariah?'

Zachariah, whose parents fled from Arab tyranny in Iraq in 1949 and left everything behind to immigrate to Israel when the Jewish state was founded said, “You guys are dumber than I thought... It means someone stole the tent.”

Let's just hope that we don't get our tent stolen from us, from right under our noses. Come on guys... we got to work together on this one!