Purim, Murder, and the Other Side of the Coin 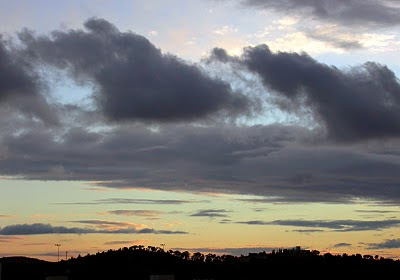 When I woke up on Friday morning, I didn’t have any idea what was in store for the next few days of my life. Life is an important element in this story because it involves the tragic ending of the life of someone that I didn’t know well enough. She was described as a crazy flower and lived her life spreading that wonderful energy around, wherever she went. She was a teacher at a school for peace between Arabs and Jews nearby, was a drama teacher at a local elementary school, and had a beautiful daughter with her husband that she miraculously had met later in her life than is normal and expected.

On Friday morning, I was in the middle of putting on my tefilin and the home phone rang. After a brief discussion, Adele warned me that I might not have time and I should check my messages. When I did so, I was left with such a huge question from one of my dearest friends: it only said, “Please call urgently.”

The next thing I knew, I was packing a survival pack with food, water, outdoor equipment, and rain and warm weather gear. I was to be picked up shortly in order to help with a grass-roots volunteer effort to locate a missing woman that had gone to a retreat for quiet, forest, and meditation, at a monastery near Beth Shemesh named Beit Jamal.

On Wednesday afternoon, the same time that the missing woman had arrived at the monastery, I had just returned from work and was puttering about the house. The computer in our living room runs a slide sho 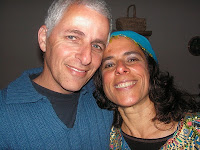 w when not in use and I looked up as I passed it and a picture of Neta Blatt Sorek appeared on the screen. She was happily kissing the cheek of her husband Amotz at a Purim party from the previous year.

Purim this year, coincidentally, was just around the corner when I saw the picture. Because this time Purim was to fall out on Sunday, in order to fast for Ta’anit Ester, it was necessary to move the fast-day to the Thursday before Shabbat. Fasting is not permitted on Shabbat, the day that we spend half in the physical world and half in the spiritual world, and if we were to fast Friday, the day before Shabbat, we would be ill-prepared for Shabbat, so we fasted on Thursday. This was the same day that Neta was noticed missing by the Nuns at the monastery. She wasn’t showing up for anything around the monastery, so when they tried to locate her in her room, they ended up breaking down the door to find her things neatly put away and her bed un-slept in.

I didn’t think it to be strange at the time, when I stopped to contemplate Neta’s picture on the computer screen, but I remembered it the moment that I found out who had gone missing. After racing around the house to remember all the things I might need to help someone that was hurt or lost in the woods, I was picked up by a couple that were fairly new to the neighborhood and another friend, Bruce, that I have a very long and interesting history with (but for another story).

The four of us raced down highway 6 in the rain to try and help. Many of my friends, including my brother-in-law Gal, had been looking since 12 Midnight the night before in the cold and rain. When we got there in the morning, they were all very tired and wet. The four of us joined some other friends and then split up and went out into the wilderness in a downpour, thinking about all kinds of horribly potential fates that could have befallen Neta.

We searched for most of the day in the rain, hail, wind, and lightning. We tramped up steep slopes and found refuge in ancient structures from the wrath of the heavens upon the earth. Caves, pits, and tunnels became our refuges, but only until we realized that Neta could be hidden in the dark, somewhere. We wanted to get out of the storm and dry up and at the same time we wanted to find Neta; she could be hurt or dying in the cold. Every time we entered, we were both relieved and repelled by the possibilities. I am still caught between these feelings of self preservation, anxiety of finding her, and relief from not knowing what had happened to Neta.

At the time, I had momentary understandings of how this was exactly what Purim is about. G-D is not evident in the world. We have to work to see G-D. I mentioned Shabbat earlier and this is exactly what life is all about. Shabbat gives us a chance to experience and to practice for the next world; the real world. I know that sounds weird to some, but when you think about it, life here on this little planet Earth is so insignificant compared to what we know about the rest of the universe. G-D... is hidden in the world.

When we drove back from Beit Jamal, we got a flat tire. I heard a weird sound coming from behind me and said something about it. Yonotan, the driver, listened and pulled over. Shortly after fixing the tire and setting back out on the road we got the call that told us what had happened to Neta. Someone from the group that replaced us found her. She was lying hidden, murdered in a pit, not far from where I had been looking with Bruce.

As we approached Zichron Ya’akov, Yonotan’s wife Paula said that she hated Purim. She said that Purim is always like this... I wanted to answer her with philosophy, but couldn’t. It just was not appropriate at the time. What I wanted to tell her was how Purim was the other side of the coin. On Shabbat we celebrate the whole coin. We celebrate the physical and the spiritual and it is all entwined in one day. On Purim we celebrate the side of the coin that is the opposite of Yom Kippur, the holiest day of the year. So does that mean that Purim is the most unholy? Actually it is the opposite. On Shabbat we celebrate the idea of bringing the spiritual to the physical. This is a total incarnation of Judaism and the purest form of worship of G-D that can exist in this world. We live in a physical world and our assignment from G-D (should you choose to accept it) is to bring the spiritual into it.

On Yom Kippur we elevate ourselves to the spiritual world, becoming angels for a short period of time through the denial of the physical. We spend the whole day in Synagogue praying and fasting. We don’t sleep, eat, make love, or wear leather shoes (sounds weird I know but think pain and suffering, a very physical thing). On Purim... we party. We live as deep as we can in the physical. We explore the depths of this world and bring our spirits with us. We elevate the physical by maintaining our awareness of G-D, even though we are drunk with wine and full to the brim with meat in our bellies. We hide ourselves from everyone under masks and cavort around the streets, all while Hashem is watching. We get so drunk that we cannot tell the difference between Haman (evil) and Mordechi (good). Rabbi Elyahu Kitov wrote, “If one attains holiness through affliction, and another attains holiness through indulgence, who is greater? It may be said that the one who attains holiness through indulgence is greater, for the attainment of holiness through indulgence requires an infinitely greater degree of striving and effort.” Yom Kippur literally means ‘day like pur (lot - as in drawing lots)’ Purim literally means ‘lots.’ That means that Judaism’s holiest day of the year is... a day (ONLY) like Purim!

So what should I have said when I heard the words, “I hate Purim”? all that I can say is that Neta’s murderer was Amalek, Haman, the Greeks, the Romans, the Crusaders, the Spanish, the English, the Nazis, the Muslims, and the Arabs... the list is larger than this and will most likely go on to include many other people, nations, and cultures. Purim is a day of joy that we are still here and it is a day of sorrow that... we have had to suffer so much just to still be here. The physical is a place of pain and suffering, a place of joy and wonder, and a place of doing and being. The spiritual is a place of peace and idleness. If we can bring that sense of peace to the

world, our job will be complete. Until then, we have to make do with G-D being hidden in the world.

Blessings to Neta, Amotz, and Noga (Neta’s 11 year old daughter); May you all find peace.