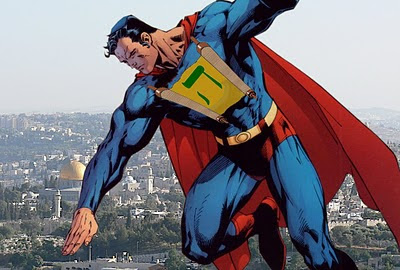 Have you been challenged recently? I have… I think it started a few months back when my mom was diagnosed with cancer; well, I guess that is really more of a challenge for her than for me... Anyways, she has been undergoing chemo and I am due to visit her back in my birth country, SoCal, fairly soon; but more on that later down the page. Another challenge that I have been dealing with recently is, at work, I have been trying to iron out a bit of a communication problem. This is the kind of communication problem that affects the company’s whole marketing concept and there are a few opposing departments that are butting heads (with me smack in the middle). I am kind of the only marcom guy there and I have been trying to implement a style guide, as well as sweeping reforms to the branding concepts, and to organize the way that information is stored, labeled, and accessed for later retrieval. The guys I work for are Christian, Zionists from Germany ― very ‘yashar’ (straight), accept that they are also kibutznikeem. You may not know what that is, but suffice it to say that it can be about as opposite as you can get to yashar; hence, some of the ‘personalities’ there tend to clash a bit like titans...

Anyways, the reason I bring this up and the real issue here is how ‘I’ am being ‘tested’ with these challenges. There is a great idea that I heard called ‘the Superman version of G-D.’ This is the idea that I can manage my life just fine, do all the things that I want to in the moment, and really just be the center of my own little universe until I need some ‘supernatural’ help. Then I put out the word and Super-Hashem swoops in and saves the day! The great part about this style of belief is that if Super-Hashem doesn’t swoop in, I can blame Him for my troubles, giving me, once again, the solace of being the center of my own universe! The problem is that if I need saving from something that seemingly goes beyond my ability to cope with, there is a high possibility that I will sink into a deep depression, ultimately hating G-D (G-D forbid) and myself, as well, in the process...

Rabbi Noah Weinberg, may he rest in peace, told a story about a muscled, grizzly old guy with tattoos all over him that attended one of his classes. At the end of the rabbi’s lecture, the guy came up and said to him, “Me and G-D are tight like this,” as he crossed his fingers for Rabbi Weinberg to see. He went on to tell the story of how he had been riding his motorcycle on a curvy mountain road, and on an outside turn, with the cliff descending down below him, he became trapped by a truck that was barreling down on him from the opposite direction. He had no place to go accept directly into the truck (death for sure) or off the cliff. He chose the cliff option and as he was sailing through the air, he knew that his time was up. The next thing he knew, however, is that he had landed in a bush and received just a few scrapes and bruises. Ever since then, he said, he will always know that G-D is not only with him, but on his side and ready to bail him out if need be.

The rabbi thought for a moment and in reply said, “Very interesting! How amazing to have such a wonderful connection with Hashem to draw from! I just have one question... Did you ever wonder who pushed you off the cliff in the first place?”

This, it seems to me, is the real question... ‘What is the purpose of the test in the first place?’ I figure that if we can answer that, the actual test will be a piece of cake! In the Tanach (Bible), there are a few places where G-D tests the forefathers in a very specific way. In each case, when the forefather responded in the proper way, the Hebrew letter ‘Hey’ was added to their name. Abram (Avram) became AbraHam, Yoshua (Joshua) became YoHoshua, and in this week’s parsha’s story Yoseph (Joseph) becomes YoHoseph. (technically it is a whole convoluted story that starts in last week’s parsha when Pontifar’s wife tried to seduce Joseph, but takes us though Psalms 81, the Mounts of Blessings and of Curses, the writing of the Torah on the stones in the 70 languages, The origin of language in Genisis, the confusion of language at the 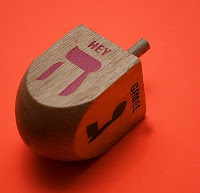 Tower of Babel, this week’s parsha, Mekitz, and ultimately the 50th letter, the Hey in Josephs name that is inscribed on the Ephod (breast plate) of the Big Kahuna (Kohen Ha Gadol or High Priest), and ultimately, ultimately… the perfection of mankind and the coming of Machiach…!).

Oy… so what is with the Hey anyway? Does the Hey have some kind of magical powers, able to give its owner the ability to leap over tall buildings in a single bound, to lift life’s troubles far above its owner’s head, to give the owner of the Hey the ability to tap into the inner superhero? That, my friends, is precisely what an additional little Hey does. Even the unpronounceable Tetragrammaton, the unmentionable name of G-D, the impossible to understand name that I visualize as a spinning, floating, and white hot flaming group of block letters when I say the prayer ‘The Shma’ has two Heys in it!

Let’s start with the story of Hanukah. Well, let’s really start with the story of Yehudit, who was an exceptionally beautiful woman living in the time of the Greek invasion of Israel a couple of millennium ago. She asked to be introduced to the Syrian/Greek General Helifornos, who was ‘impressed’ with her beauty and her wisdom as well. When they met, she offered him aged and salty cheese and gave him strong wine. The story goes that the cheese made him thirsty so he drank too much wine and conked out into a deep sleep. Saying a silent prayer asking G-D for strength, Yehudit beheaded Helifornos with his own sword, put his head into a basket, and returned with it to Jerusale 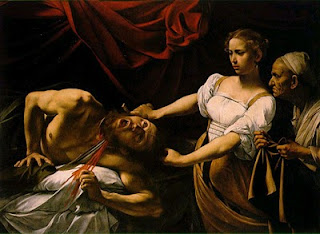 m (ewe... stinky). When she got there, the Maccabees stuck Helifornos' head on a spike and raised it high up in the air for everyone to see. When the enemy soldiers saw that their general was dead, they ran away ― scared right out of their socks. And that is how Yehudit, in an act of bravery and cunning, contributed greatly to the victories of the Maccabees.

You know, I think I am just avoiding dealing with talking about my mom and the cancer that is attacking her. There seems to be a lot to get in the way of dealing with the truth at hand. Life is kind of like that – I guess. When we can’t deal with the responsibility of the meaning we happen to stumble upon in our lives, we make life a lot more complicated than it needs to be and then just blame the Big Guy when it stops going our way. When it does go our way, we, of course, are first in line to collect the credit... So, how do you get a Hey? It would appear that you just need to know that everything is a test and all you need to do is know that and act on it in the moment. No hindsight, no wishy-washiness, and no saying, ‘It’s a good thing that I am so great at... whatever, and no saying, ‘It is not my fault that... whatever bad thing happened.’ My mom is currently fighting Helifornos with anything she can muster, including stinky cheese I hope. G-D willing, she will find the strength to cut off his head and scare away his army. In this season of miracles and light, we should all pray that we find the strength to fight off our demons and do it the right way, by reaching out to the Creator! Or in the words of Matisiahu (the singer, not the Maccabee), “Give yourself a chance to be a hero! Most of us give up because we tell ourselves, ‘Who am I to do this? Let me be the way I am. Let me drag my feet through life, oppressed by habit and quiet desperation.’ You can rebel! You can be free to choose to live your life for the truth!

The ego is a terrible thing to waste; hey, I have an idea. We could use it to get our very own Hey! Here’s a blessing, just to get you started: