Under the Magnifying Glass 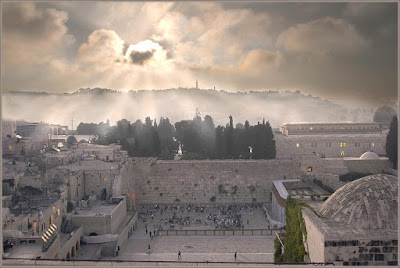 Now that jetlag is waning and I have begun to settle in to my life back in Israel, I am reminded of the idea that it is hard to live while perched, bracing into the Ruach (Hebrew for wind and for spirit) on the spiritual highland of the physical world. I often feel like there is a giant magnifying glass poised above Eretz Israel (The Land of Israel), causing the molecules that imbue us all to vibrate and bounce off of each other at a much higher rate than is normal elsewhere on our Planet Earth spaceship. Just the way that Israelis are capable of multitasking (however annoying it can be to wait in line while the clerk is answering 3 questions, typing on the keyboard, and talking on a cell phone, all at the same time) is evidence of this idea. Virtually as soon as I got off the plane, I was bombarded by action and reaction of social, political, religious, and spiritual natures. An acquaintance of mine is being torn down by the press and by others as well, the international terrorist organization, Hezbollah, has taken control of Lebanon to the north, Egypt, to the south, has been embroiled in mayhem that, with ElBaradei and the Muslim Brotherhood rising in the pond, could easily become the next Iran with American weaponry and even, based on what I have heard Hillary and Obama saying in the press, American support. The Palestinian terrorists from Hebron that murdered a friend of mine were finally caught, with little to no fanfare in the world press (click here to read the blog written about searching for her after she disappeared), and while I was away in the States, the structure that I have been imposing on the marketing communications at work began to unravel (a sure sign that I have a long way to go). And on top of all that (and there is a lot more), now that I am home again, I have to try and navigate though life in a foreign language and culture… Oy! I would have to say that the molecules are vibrating pretty fast right about now…

I had a discussion with a couple of coworkers at lunch the other day. One couldn’t fathom how I could have left America. Everything is so easy and comfortable there, even for an Israeli, much less a born American. The other coworker agreed with me when I said that living in Israel isn’t easy, but is that really the goal in life… to have an easy life? I mean, what is life really all about anyways? Should we be seeking creature comforts and just try and get by with the least amount of discomfort? I explained to these guys that when I moved to Israel, I really didn’t have a choice. In addition to Hashem guiding me from deep within, I needed to fill my life with something that I could step back from and say that I had accomplished. After searching for enlightenment through fine arts, though the development and honing of my skills as a craftsman, and all along though searching religions and faiths from all walks of life, I just decided that I needed to walk the walk… Jerusalem is where it all started, so why not look there too, which brings to mind a story that I heard while heading into Mincha (afternoon prayers) while at work.

On the way into the bomb shelter that we pray in, I ran into my boss and we struck up a conversation. I had a few minutes to wait for the Minyan to show up, so he began to tell me a story that he heard while attending a Bar mitzvah. He is a German Christian Zionist and that means that he was born in Germany, is a Christian by religion, and is a staunch supporter of Israel (the country) by ideology. So, he starts with a story of how a poor farmer, probably 100 or more years ago, w

as considering leaving Eretz Israel from the hardship of living life. He was sitting in Rav Kook’s waiting room in Jerusalem to ask the rabbi if he should leave the Holy Land in order to make a better living, have a better quality of life... you know.

There were a lot of people waiting, so while sitting there, he fell asleep and began to dream. In his dream, he ascended on the wings of an eagle up to Heaven, where he went before the magistrate. Two boxes were presented to him, one large and black as coal, and another small and shiny like gold. The magistrate explained to the farmer that the dark box was filled with all of the farmer’s forgotten and broken commandments from over his lifetime. The golden light package was filled with all of the commandments that the farmer had kept, things like good deeds, charity, and keeping the Shabbat. Needless to say, the farmer was stricken with panic. He was ready to beg and plead for a place in the next world, when out of the corner of his eye, he saw a large pile of platinum colored boxes. He stopped freaking out and asked about the pile of boxes and the angel Michael answered him, “Those contain all of the effort and suffering that you have gone through while farming in Eretz Israel. For every stone you moved and every weed you pulled, you have been collecting these,” as he pointed with his giant wing at the pile of boxes. The angel Michael then placed the boxes on the scale along with the golden light package. Just then, the farmer was roused from his slumber by Rav Kook. He opened his eyes, very wide, and a large grin spread across his face. The rabbi said, “It looks to me like your question has been answered already. Is there something ‘I’ can help you with?”

So, beyond the obvious answer that we already possess, burried deep within, the knowledge that we are seeking in this world, we understand from this story that working hard, especially in the Land of Israel, is more than meets the eye. I run into Israelis all the time like the guy in the lunch room that ask me why I left America for Israel. “Life must be so comfortable there and it is so much harder to live in Israel...” This story now comes to mind whenever I hear that line. The opposite of pleasure is not pain, it is discomfort. Being comfortable in America, for me, is void of the pleasure of living reality in Israel, regardless of the suffering that goes along with the inevitable growth. This is what I tell myself now when I can’t get anything done from the bureaucracy, or when I almost get run over by a ‘soccer mom’ while trying to cross the street, or when a maniac with big Iranian missiles has just grabbed power in a land no more than a couple hours drive to the north.

It all goes back to the parsha, which begins the construction of the Mishkan (Tabernacle) this week. The Mishkan is a house that God had the Jews make for Him. He gave us the plans, dimensions, and instructions all within, what essentially adds up to, about 40% of the Book of Exodus, one of the five books that are considered the entire plan for the Universe (that, my friends, is saying way more then a lot about how important it is...). God looked into the Torah (Torah = Five Books of Moses) and then He created the World... The Talmud relays a metaphor that explains the connection between the Mishkan or Holy Temple and how it connects us back to Hashem. It starts with saying, ‘There was a (man) who walked around saying, "When the love between my wife and myself was strong, we could have lain together on the blade of a sword. But now that our love has faded, a bed sixty cubits wide does not suffice us."’

In Kings I 6:2, it says, "The House that King Solomon built for God, its length was sixty cubits..." In this way we can understand that as we loose faith in our relationship with Hashem, our love fades. As our love fades, we move further away from the Creator. The Mishkan and both Holy Temples were a physical and spiritual symbol and manifestation of our connection to the Creator and when we lost them, all we were left with was the essence of where they once stood, on the Temple Mount in Jerusalem. I heard an analogy that the Temple Mount today, including the Western (retaining) Wall, is like a spilt bottle of perfume. The perfume has long sin 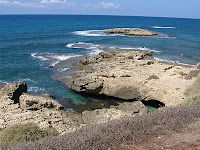 ce evaporated, but the scent, if you concentrate and reach for it with enough focus, still remains. This scent is all we have left. It is essentially what we understand as spirituality now. It lives just under the surface and is easy to ignore, yet if we seek it, it can blossom in full regalia and, if we really allow it to, it can change our lives.