The Army, Love, and Faith 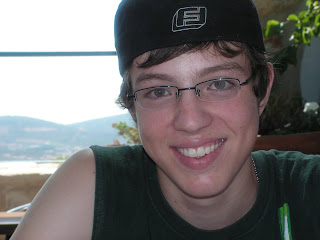 At the time, there were still a lot of vibes going around about the Vietnam War and how it resulted in mostly lost Sons, Fathers, and relatives, with nothing but a lost battle in the War against Communism to show for it. It was a very unpopular war in not only the U.S., but in the World. All the wars before that were accompanied by fanfare and support for the men and women that fought for the ideals and freedoms of the United States of America and the larger free world. Vietnam was different. It changed the public eye about how to think about government. To this day, we see with the current crises in Iraq and Afghanistan, with the War on Terror, and how to conduct such an illusive battle against an indefinable and mostly unseen enemy that the U.S. is still suffering from the realization of this schism within government and society. The need to do the right thing, make the right decisions, and still be willing to fight ‘the good fight,’ against whatever foe threatens the ideals that we try to cling to is becoming ever more difficult to see thanks to, mainly, the media conglomerates that filter information into what they believe is the ‘one’ truth.

Sometimes, fighting ‘the good fight’ is really just fighting within our own selves and sometimes it is the evil enemy that is knocking on the gates to our locked and climate controlled castles and communities. How do we know who to believe? When the ‘entertainment’ news tells us one thing and it spreads like an overgrown gossip tree, by the time we realize that there are other versions of the same story out there, the damage is already done. Click here for a particularly disturbing albeit accurate version of this phenomenon as it relates to the current events in the Middle East.

In the U.S., when the troops came home from Vietnam, there was not only no fanfare, there was public outcry against atrocities like ‘baby killing’ that had occurred in a foreign land, in the name of The United States of America. How do we really know what the truth is; and ultimately we need to ask ourselves is there just one truth? I believe that in the end, everyone puts the information that they glean from the many modern sources into there brains in a way that can be processed and accessed when needed. We actually become something that just takes over and has a life of its own and one that can sometimes take us down roads that we could never have imagined. I have already lost a few, not really friends but, acquaintances directly as a result from my move to Israel and what that meant to their compartmentalization of information and the definitions that they created of themselves by refusing to look at the bigger picture and ask... what if?

Back in Zichron Yaacov, my Son Zach had been taking a chug (after school class) in mountain biking. He did this for about a year. Recently however, he decided to stop doing that and to replace it with something called Kosher Cravie (strength ‘extreme’ fighting). It is a pre-military training school that is basically like (after school) boot camp. It is really amazing what they do. He runs, swims, exercises, carries loaded backpacks and mach stretchers, and does it all in the dark woods with other teammates from the local High Schools. It is exactly like what we might all imagine boot camp to be. His goal, I have recently learned, is to be in an elite fighting unit in the Israeli Army, and not the desk job in engineering or intelligence like we had hoped. He even went so far as to say that if we needed to move back to the States, he would return to serve anyways. Well, so much ‘for reason number one’ for not making Aliyah in the first place. We brought him here, to the front line on the War on Terror and really didn’t expect anything different. He has cousins, aunts, and uncles that have served, cousins that are currently serving, and cousins and close personal friends that will be serving, along side him, to protect his family, his Country, and in the big picture… the free world.

So when my father said to me, so long ago, that I needed to make a choice and that I had to sign up for the draft as well, I believe that what he really meant was that I always have a choice. There are some things that we just need to do but that does not mean that we need to stop thinking about all of it and potentially get stuck with only one truth. My father was telling me that I should be aware of the world and that there are many choices to make in life. We always need to be on the lookout for ‘the good fight,’ whether it is the bad guys at our front and back doors, or the schism of truths within us all. In the end, we need to love our families and friends, regardless of the choices that have been made. Faith is a big thing… and growing all the time.