Inspiration, Paradise, and the Promised Land 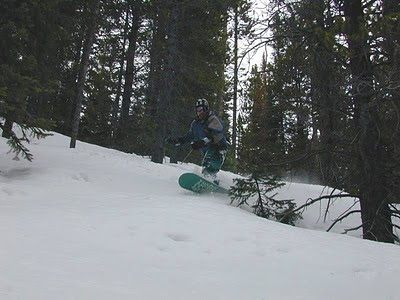 Inspiration... That is what it is all about, isn't it? When I was in art school, I began to search for the reason that I would eventually move to Israel. For a long time I thought that it was all about how I was going to be recognized by others for my achievements, so I was so happy when news articles were written and shows organized around what I had done. But in the end, when the paint dried and all that I had to show for it was a few bucks and a hole where I thought there had been a child—I was empty.

Inspiration was not, evidently, enough to hold me in the long haul. Or maybe it wasn’t about the inspiration as much as what the inspiration was about. I was moving from high to low and back to high, like I was taking a drug. When I look back on that place in my life, I realize that it was self inflated and artificial. It went in circles and never really had an end. I kept thinking, if I could only get into that gallery, if I could only speak to the right art dealer at the right time... I remember when I was in a group show at L.A.C.E. in L.A. I thought, “For sure this will be it!” Then the show came down and nothing...

That happened a few times until I realized that I was looking at it all wrong. I was trying to force it in the direction that I deserved, not the direction that I needed. In Hebrew the word for wheel gal-gal (גלגל) is a very rare word that has a root that repeats itself. Isn’t it funny that a word that just, in its essence, goes around and around is written like this? Hebrew is like that—and so it turns out, was my life. Instead of staying in L.A. and going around and around until I finally got to the end of the 'my own loop'... um... you know what I mean, I began to form a line or direction, a kivun (כיוון), to follow. (Yes, there is lots of meaning in the word kivun as well. Just think Cohen, ken (yes), and serving G-D.)

When we build ourselves we have to find a path or kivun to do so, but the important part is what we are building. I moved to Boulder, Colorado after I became so empty that, from the inside, I was just begging for an excuse to get out. That excuse was miraculously provided when the Rodney King riots rang through the streets with racial tension, violence, and martial law. This move was not inspiration based; it was an attempt at saving my own life. I knew that any more time spent riding the gal-gal would surely do me in. The night I left I was woken up in the wee hours of the night from the ground under me shaking. The moving truck was packed and waiting for me to get up and drive it to Colorado. I was sleeping on the floor of my old apartment building in Santa Monica, California and the Northridge Earthquake struck. We scrambled and stumbled about until we felt safe to grab whatever we had, race down 15 flights of stairs, and start life anew. I was so empty that I apparently needed one last little shove to get me going.

Then I met my second rabbi, Rabbi Goldfeder at a Jewish Community Center gathering. He had peyote... I like peyote, you know, the side-lock-curls that you see on Orthodox Jews. From Rabbi Goldfeder I learned that Judaism was something so much bigger than I ever expected. It was an endless amount of growth that I could start filling my empty hole with. I realized that I didn’t have to make it up at all. It was all there for me to discover, each delicious piece at a time! I was living in Boulder, Colorado. It was a place that most everyone else considered paradise. So, since I had finally learned that endless snow boarding and mountain biking was fun but really just running around and around on the gal-gal of life, it was inevitable that I would find my way, my own kivun, to the Promised Land and really start to live.

This blog is thanks to an old friend that wanted to catch up on why I moved to Israel. Thanks, it is questions like these that really get the wheels rolling!