The Digital Universe, Mashiach, and You! 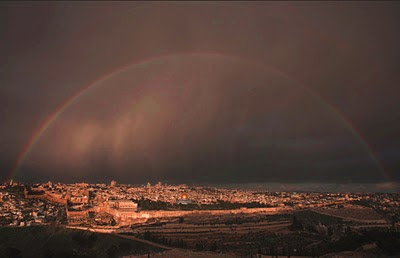 Technology has a history of association with the darker side of human interests as well. Remember Tipper Gore and the parental advisory extravaganza? I remember that in the end, my friends and I all just passed over the music albums without the ‘Tipper Sticker’ because we wanted to sample some of the forbidden fruit from the dark side of Gan (Gard

en) Eden. It seems to be human nature to straddle that razor’s edge, the void that we breathe into life as we make our moral and ethical decisions that define our paths through the world, sometimes touching down on the one side… and sometimes on the other.

Speaking of Gan Eden, last week's parsha was Bresheet (Genesis) and, up until the time that Adam and Eve ate from the tree of the knowledge between good and evil, the way Bresheet is written is in the secret or Sod level. After that most pivotal of void straddling occasions in human history, Bresheet skips right through the middle levels of understanding, Remez and Drash, and is written directly in the Pshat or Simple (Literal) level. It seems that, after waking up with a hangover from the spanking that G-D gave Adam and Eve when He kicked them out of Paradise, we are told about how the first human beings outside of Gan Eden became inventors, utilizing technologies, in order to harvest, herd, build, make musical instruments, and even develop science with the advent of the ancient miracles of bread and wine.

The technological prowess continues to grow right into its ‘toddler phase’ when we arrive at this weeks parsha, the story of Noah, who is responsible for building the Ark that can hold the seed animals, plants, and humans, to begin again after the mabul (catastrophic flood) that washed away the dregs of humanity and everything around them. The story of Noah is pivotal to our understanding of the digital universe in a most surprising way. In a text that was authored almost two thousand years ago, the Zohar brings to light the idea that the development of technology is conducive to spiritual growth and, believe it or not, it is the prelude to the coming of the Mashiach! How can this be you ask? Well, to understand this a little better, we need to look at a quote from the story of Noah itself: 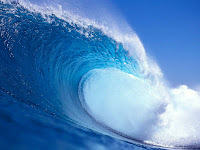 “In the six hundredth year of the life of Noah,… all the wellsprings of the great deep burst forth; and the windows of the heavens were opened.”

Since water and wisdom are synonymous in Torah, the Zohar equates the natural wellsprings that gush forth to create the Mabul with the flood in the future that will be a down-pouring of wisdom in the world. The six hundredth year of Noah’s life is equivalent to the six thousandth year of the world’s existence since Creation. Just like there are six days a week to work and one day not to work, there are six thousand years of existence in a working (soul-building) world, and one thousand years of existence in a world where the wisdom of G-D is known deep within and there is no room for any work whatsoever on the soul.

How this idea ties into technology is the next question. The six hundred years of Noah's life allude to the sixth millennium of the world's existence, right? Now, more specifically, the six hundredth year of the sixth millennium, when aligned with the Gregorian calendar, is in the 19th century—exactly the year 1840, the year that is generally accepted as the approximate date of the beginning of the Industrial Revolution, give or take a few years. The Zohar brings down to us that "The wellsprings of the great deep burst forth…" is an allusion to the scientific development and innovation that emerged from human ingenuity during the Industrial Revolution and continues to ‘flood the earth’ at an ever quickening pace.

Also, in the early 19th century, a massive cultural revolution was taking place within Jewish society in Eastern Europe, (“And the windows of the heavens were opened”). A century earlier, the Baal Shem Tov had begun what is known now as the Chassidic Revolution. By the early 1800’s, the deepest spiritual and mystical teachings were being studied and the mystical secrets of the universe became available to all of Jewish society, and not just held exclusively by a few enlightened scholars.

In the early 19th century, the world had become embroiled from two directions, from down below with the technological advances and from up above with the new found availability and relativity of the spiritual and mystical underpinnings of the universe. A torrential flood of knowledge began to fill the world with both upper and lower wisdom and today, it is only increasing in its speed and enormity. The Zohar concludes that both the upper and lower wisdom will come to prepare the world for the seventh millennium, the Messianic Era, when, "The world will be filled with the knowledge of G‑D as water covers the ocean bed." Both the upper and the lower knowledge will become one knowledge—the unassailable knowledge and wisdom of the one true G-D.

Whew… that was a mouthful! So, this morning I went on a bike ride on one of my favorite trails near my house. I call it the Ain Sof (No End) Loop Trail. It is called Ain Sof because it incorporates a ridiculous climb that slightly curves around a corner the whole way up so that you cannot see the end of the climb. I never even made it to the beginning of the (No End) climb. On the way down to the start of the Ain Sof part of the loop trail, there is another section that I call Eveneem be”Shinieem (Rocks in your Teeth)... and for good reason. This is the Zichron Outback we are talking about and 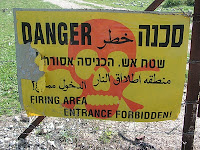 not maintained in the least. The Israel Trail actually follows this section of trail for a while, but that is another story. In this story, I got a flat tire and found that my pump was dried out and couldn’t pressurize the air when I tried to fix it. So, I walked about 3 kilometers back, pushing my bike back up over the rocks and boulders that I had just flown down.

I tried to keep a cool head and just enjoy the moment, because you never really know where enlightenment will come from, and as I reached the top of the boulder field, it began to rain. This was the first rain that I had experienced since we started praying for rain again after Sukkot. I stood there for a moment, looking up, and had an epiphany that the heavens had actually opened. I remembered really thinking about rain when I prayed that morning, saying “Mashiv haRuach uMoreed haGeshem” (Who makes the wind blow and the rain decend), and now, the heavens were gushing forth, right on my head as I walked and carried my bike across the rocks and boulders. A huge smile broke across my face—and then I started to laugh and to cry at the same time.

The Rabbis teach us that there are only 3 things that G-D does without any assistance of other agencies in the world. One is to open the womb when a child comes into the world. Two is to open the grave when we are resurrected from the dead, after Mashiach comes. And three is to bring rain down on our heads. Everything else is done by Angels and Koach or the Force (will of G-D), but rain is brought down only by the Hand of G-D? To understand this better, think about how the crops were watered in Egypt. The Nile just flooded its banks. In Israel, when the Israelites arrived, they had to rely on G-D for their sustenance, both spiritually and physically; this sustenance, the rain from the clouds and the rain from the heavens above, is the same rain we experience today, via the Hand of G-D.

When I was standing there with the rain on my face, as it started to soak into my heart, I realized that the rain is Torah. My full suspension mountain bike, built from aluminum and titanium had conspired with the rain. The technological wisdom from below had met the mystical and spiritual wisdom from above and the meeting that took place resulted in only one conclusion—G-D runs the world. Well, there is that little issue of me being the master of the digital universe. I have a sneaky suspicion that this has something to do with straddling that razor’s edge, as I try to step on the right side of the void...