Purim and the Difference between Truth and Reality 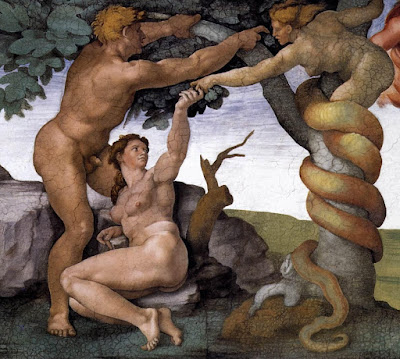 First of all, while writing this I became feverish and am now spinning out words that may be truth or may be just reality; so, here we go... While thinking about life in this week of undoing, I could not find the path to tie together the parsha of the week, Tzav (Leviticus 6-8), but Purim, whose energy is written throughout the land from a time long ago, was whizzing around inside my head. With some trepidation, I found, that there’s just too much confusion to choose from, to much to process, and too much to organize and end with the total of a sum. You see, returning from Rome, I was gripped with a melancholy that wouldn’t subside, no matter how hard I tried. It may have begun, while there, in the land of Esau, when we had a night to remember with Yafet and the Irish, whom did not want us to go, but to stay and to slip to the dark side of seventy,

a place where the chaos of Purim dwells. We were so tired from the day of uncircumcised giants in plaster and stone, from the painted ceiling gods of the hammer-fist mortals that we just about left from the red pub of Yafet, the pub of Irish, the pub of Rome. But, alas, it was not to be.

We met up with friends from the far off Promised Land and while we traded the goat skins, feeling the fur and caressing its bristles, we strutted like Esau to impress Rome and the Irish as well. We were there, so we stayed and we drank. We told ourselves that we were trying to meet Esau on the hill, bringing gifts of wisdom and compassion, but the inclinations of Esau seemed to be hitting the highway on the road paved wit

h good intentions. We, as well, went into the shadows and the reply to our weakness was to emerge with red mud spattered across our vision and then our self perceptions, turning us into Golems with clover leaf eyes. Reality, it seemed, was biting at the truth and birthing opinion into the garden.

Israel was on the mind of Esau and instead of sleeping to wrestle, Jacob tried to step dance to a foreign tune, a tune that shook the truth in order to make the fruit fall into the mouths of the waiting step shoes with tongues flapping in the dry sand. We left with wallets dragging and consciousnesses calculating the exchange rate of purpose. With cartoon spirals, spinning and whirling, our eyes went on autopilot, spiraling with the monoton

e voice of the GPS buried within our heads... into the darkness. The Irish we met had reared and disturbed the revelry with words whose emanation spittled like tar dribbles popped out of whimpers of hate with a small ‘h.’

look deeper into the true world, the world that we lie to with our dry floating step dance shoes, the world that protects itself from the poisonous bite of reality that is always circling beneath the tree in the garden.

My particular process of confusion began as a Maelstrom with floating ships spinning and puttering in slow motion fear. It developed into You Tube office building vibration with corporate-capitalization-smelling-the-green. It sloughed into slip-and-slide houses that were washed downtown on Poseidon’s Carnival. Then the crack began to steam and to smoke a carton-a-day of green glowing skeleton chopsticks. The sons of Kithara, with all of their worldly magic, began to melt and to run from the giant TV monster, clinging to a tower that we all made. The smoke is still rising and somewhere in the middle of all this, on the other side of the little blue ball, more than just one little life was brutally extinguished by Ishmael. Esau only wanted to help, or so we were informed by the same corporate-capitalization-smelling-the-green in 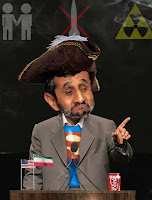 stitutions of propaganda. Jacob tried to yell to Esau, to let him know that Ishmael was trying to usurp his position in the world, but Esau seemed to only have eyes for his grandson, Amalek...

All of this is true, part and parcel of the ‘true world’, not the ‘real world.’ But, as happens in real life, the real world is still nipping at the toes of Jacob too. Jacob is running from Israel and wants to be Esau, just as Esau wants to be Amalek, just as Ishmael wants to be first Esau and then Amalek, just as the sons of Kithara, who just want to be left alone, but are plagued with the water world shadows of Poseidon’s Carnival. And at the root of it all, Amalek wants to be God. Now you all know, with absolute abandon, that the saying, “The grass is greener...,” is a bit more than a clever rhyme — even if the poetry is chaotic and the story has been forgotten, the true world carries on, waiting patiently to win Purim’s lottery. 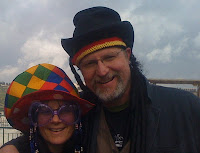 en in ‘the real world,’ from Purim until this very day...