Far, Far Away and Letting the Flies In 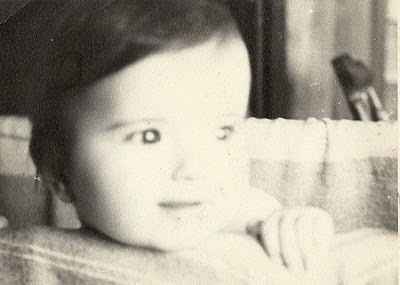 It is Wednesday and I am sitting in a hospital room in Fresno, California. I have been in Fresno for almost a week now, running around, trying to catch up on all the pieces that have been floating about and, yes, sitting. This is a really weird place. Everything is flat for miles around. It is hot like the desert, but has lots of agriculture spattering the landscape between hotels, run-down ranch houses, and fast-food restaurants. Everything is really big here too, which is probably similar to the rest of America; I just don’t always remember it until I get back here and experience it for myself. Even though I have been under a lot of stress as of late, being here feels like having a fogginess that has descended upon my head. It could be jetlag, but I don’t think so. It seems to me that with comfort, plenty of room to move and to breathe, and lots of space, personal and otherwise, we just tend to expand out and fill it all up, just becoming kind of spiritually-psychologically less compressed. This idea, as well, seems to be intrinsically related to the amount of effort we are prodded into making, just to move forward in our lives. The more space we have to roam, the easier it is to deny, both, who we are and the reason we exist in the first place.

Maybe, because Israel is so small and, at the same time, contains so much culture and history that have affected the entire world, this helps to explain why Israel is such a hotspot on the planet. Take this ridiculous Palestinian statehood UN bid for instance. There are plenty of ‘legitimate’ peoples on the planet that have been denied a state, like Tibetans, Kurds, and Tamils, but aren’t trying to create a homeland by smashing through the backdoor screen, letting all the flies in. I mean, the Palestinians have never had a currency of their own, a government body of their own, a ruling party or elected officials of their own, or even any known history throughout ‘all’ of time. The Kurds have been assaulted by their neighbors, Iran, Iraq, and Turkey from ancient times, all the way up to today with an assortment of modern chemical and biological weapons of mass destruction. The Tibetans have been denied an entire country by China, which had existed for hundreds, if not thousands of years and I don’t see the Dalai Lama trying to punch a hole in the UN’s backdoor screen. The Palestinians, including every single one that I (personally) have asked, come from Egypt, Turkey, Iraq, or Syria, not the so called Palestinian Territories, which by the way includes all of modern day Jordan as well (Jordan has been historically populated by the ancient Hashmonean People: basically Bedouins and not Arabs).

Having asked people here in Fresno about Israel, you know... what they know and do they have any experience with it, results mostly with wide eyes and empty stares, which seems to fit nicely into this idea of compression resulting in action, producing the phenomenon as to what and why we are always hearing about Israel. The Fresno-ians know what they have learned, which is not much and mostly from their respective faiths and, of course, the News is first and foremost. Some have said that they heard it was quite beautiful, which ‘is’ true. They just haven’t had to endure the same level of ‘compression’ that others may have had to. I am sure that there are other places in the US that provide that kind of compression, places like New York and Chicago maybe, but on the whole, this is most likely the case throughout the entire USA. It is the land of opportunity for Heaven’s sake...

Speaking of Heaven, there is an idea that I heard once that describes the act of Creation by God and how acts of creation that ‘we’ do emulate this same process. It goes like this: Initially there is the light that comes from somewhere unknowable. This is the filling of an, also, unknowable space. The light then retracts, leaving something that is void and formless, a vast ‘void’ space filled with the finite potential of manipulating the ‘formless’ materials that are contained within it. If we look at any act of creation, this is the exact same process. First we have the idea or conceptualization, which blows up the balloon of potential. Then we have to organize the potential into actable pieces and work to manipulate the materials into a form. This is the world of action. If we act without a plan, we run in circles, really accomplishing nothing. If we have a plan and never act on it, we also accomplish nothing.

I bring this idea in because it seems to me that the more compressed we are, meaning the more raw materials that are present in a confined space, the more we are intrinsically forced to act. It is the nature of life. The 'Torah' of life is how we choose to act. In America, there may be a lot of resources to manipulate in the environment, but there is an incredible amount of space to do it within. It took me five hours to drive to Fresno from LAX for instance. It takes six hours to drive from the northern end of Israel to the Southern end. The space in America is vast, which I am postulating here makes it easier to be comfortable to roam, not compressing to action. Now, keep in mind that I am speaking in generalities. The United States of America is an amazing place and a ‘great’ country on Planet Earth. It is just that I can’t help but notice the difference between the US and Israel, no matter where you look. Israel is compressed, where the US is not.

In this week’s parsha, Nitzavim (Deuteronomy 29:9 - 30:20), we are told that “It (the Torah) is not found in Heaven” (Lo Be’Shamaim Hoo). To understand this, we have to understand the difference between Heaven and Earth. In Heaven there is time but no space, where as on Earth there is both. Space is the raw material, the ‘form’ in the ‘void.’ In Heaven, there is no form, only void, which means that we are unable to ‘do’ anything to manipulate our environment. Earth, in Hebrew, is called Eretz from the word for run, Ratz. This is movement or action and it is only in time and space that it is achievable. With this idea, we can see that the more we are challenged to act in life, the more we are manipulating our environment and the more we are actually creating within time. If we have an abundance of resource and an abundance of space, we are not challenged to move, therefore making creations that have a lot of waste and that don’t last or have long-term value.

When I look around Fresno, I see a vast space that is chocked full of resources. I also see a population that is accustomed to the comfort of those resources, as they entertain themselves from one fast-food restaurant to the next, interspersed with a favorite TV show and another enjoyable outing to whatever tickles the current fancy. This doesn’t mean that people aren’t working, creating, and growing, just that it is not forced from the outside, quite the same way as it is in Israel. So, sitting here in the hospital in Fresno by my mother’s side, I wonder to myself about the meaning of life. Facing the potential possibility of death, facing the ending of the world of action, it makes a person wonder if they have accomplished all that could have been or should have been in life. It makes a person wonder whether or not they have ducked the lies that are circulated in the world through insidious weaknesses and trip wires, such as laziness, arrogance, and discontentedness. In the end, it makes a person wonder if they have acted with 'Torah' in the world or have instead, selfishly tried to shortcut reality from an irrational sense of fear and loathing by ripping a hole in the back-door screen, letting all the flies in, and ‘artificially’ compressing the world just a little bit more.

Looking forward to having the fog removed from my being by returning to the ‘naturally’ spiritually-psychologically compressed land of Israel,