The Parts of One and the Hole in the Backyard 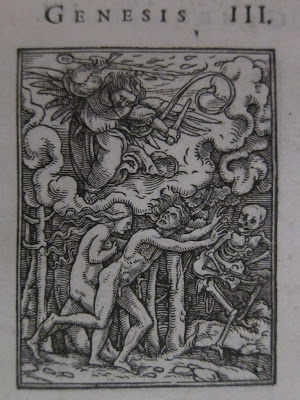 On Sunday morning, after an amazing bike ride through the Roman ruin covered hills by my house, I threw out my back while trying to get into the car to go work. I usually walk to work, as it is a nice 30 minute walk for me, but I got a late start, so my wife offered to give me a lift. I could barely sit all day long. I should have stretched a little I guess. Well, it could also have been the weekend warrior syndrome from the days prior to that morning’s ride, just being generally out of shape, maybe the looming UN unilateral declaration of Palestinian statehood, or it could have been the stress of my mom being in the hospital for the last few weeks. Looking back on it, I think it must have been all of the above.

Last Friday, my back had ‘already’ started to bother me as we drove down south to visit my son at the base in Beersheva. At the time, I figured that it was because of being stiff from digging a hole with my younger son and his friend in the backyard (yes, weekend warrior syndrome). My wife and I bought some little fruit trees to commemorate our 25th wedding anniversary, which was ‘also’ this week, and found that the spot we wanted to put the prize tree, a Leachy, was used as a dump when they built the house 10 years ago.

Why would someone do such a thing? Initially I thought that maybe it could be related to the idea that the primary construction force in Israel is from the Arab sector. Remember when the (ongoing) construction freeze in the West Bank happened and a large majority of the locals living there were upset about it? I am talking about the Arabs, not the Jews, as they were all losing their construction jobs in the wake of the ‘Western’ peace process pressure. Then again, maybe it is just a ‘Middle Eastern thing,’ to dump trash and bury it on the property. After all, I am pretty sure that the ‘Jewish’ builder that built my house was ‘also’ privy to the little backyard dump, maybe even ordering it done in the first place. They just covered up the cement blocks, plaster, stucco, and the plastic hosing and buckets with some nice looking topsoil just for ‘me’ to have to poke at with a shovel 10 years later.

After digging most of the trash from the hole in the backyard, we had to order new dirt from the local hardware store. We followed the forklift, loaded with two giant hauling bags full of topsoil, though the little 150+ year old hybrid farming / tourist town that we live in, and then, by the shovelful, moved it all to the backyard to fill in the whole… hole. We worked late into the night, as the little Leachy was wilting in anticipation. We did have one small triumph at the end of the night though. Once the little leachy was tucked in for the night, we topped off our evening by ordering pizza from ‘American Pizza’ and sucking down a beer or two... just like old times...

Looking back on one of those ‘old times,’ well, actually when I was a kid, I remember my dad digging out garbage that ‘he’ had dumped and buried in his backyard in order to plant a tree. Evidently, burying the stuff you don’t know what to do with (or just want to hide from) in the backyard isn’t an Arab thing ‘or’ a Middle Eastern thing. It must just be a normal human behavior type of thing – to bury the trash ‘out of sight and out of mind’ (for now)... Yeah, that is a real problem in our natures, but the bigger issue here is that the more we hide, the more we are just burying it for later, even for our own children to stumble over — think inflation, out of control borrowing, and soaring debt…

Our health seems to work like this too; for instance: neglecting my health for the last few months, not riding my bike like usual and not keeping fit (now that I drive a desk for a living)... Health, it seems, is something we tend to bury in the backyard... um... right… My mom, for instance, has been in the hospital on the other side of the planet for a few weeks now. It has been really hard to get any real information, which is strange, because this week I have a friend here in Israel that also ended up in the hospital. And it was ‘also’ difficult for him to get any information, as he doesn’t speak much Hebrew.

While sitting there in the hospital with my wife, talking to him and trying to communicate to the nurses and doctors, I kept thinking about how my mom was in a hospital, very much the same, only she was halfway around the planet. Here in the Middle East we had the difficulty of cultural differences and language barriers, but getting information here was so much more successful than it has been speaking English over the phone, all the way to the USA. It is a ‘huge’ divide in time and in space for me. OK, maybe I am just burying it in the backyard of my own mind…

Moving along... In the backyard of my childhood home, 25 years ago and ‘exactly’ on the spot where my dad had dug out the garbage to plant a tree, I got married to my amazing and beautiful wife. I don’t know if Rabbi Cohen knew how well the whole story was going to loop together, while we stood under that Huppa, but the roots from those trees we planted last week (on this side of the planet) to honor our anniversary are already (seemingly) going a lot deeper than we ever thought possible. You see, we were married in the month of Elul, which is an acronym for Ani ledodi vedodi li (I am to my beloved and my beloved is to me) from Song of Songs - 6:3. The time of Elul is a time of special closeness between the Divine Groom and His bride, between God and Mankind.

The month of Elul has the astral sign of Betulah (Virgo – virgin). This is the female aspect of Hashem that, in some unknowable way, broke off from the Creator when Adam ate from the Tree of the Knowledge between Good and Evil. This is also the time when Man and Woman diverged, relinquishing their prior ‘Oneness’ to a world of effort, struggle, and even pain.

What… You think that the whole Garden of Eden thing is just a nice bedtime story? Well consider this:

Archeological records show that Homo-sapiens lived for hundreds of thousands of years on the planet, right? Well, the record also shows that it wasn’t until about 5,000 years ago that the trappings of civilization were born; yet, throughout this transitional period, the skeletal remains of Homo-sapiens remained exactly the same. We see from this that we didn’t just suddenly grow bigger brains — something else ‘entirely’ is responsible for the sudden surge of cultural evolution within Humanity. As it happens, this is exactly the same time that the Torah tells us that Adam was born in the Garden. So, it would appear that we are the ‘spiritual’ descendants of Adam and Eve, two halves of the same spiritual being, ‘as well’ as their genetic descendants.

Speaking of intrinsic, geneticized spirituality, in a marriage, each one of us Homo-sapiens is charged with bringing back together the ‘Female’ aspect of the Creator to the ‘Male’ aspect of the Creator. A woman is intrinsically connected to the Female aspect and a man is, likewise, connected to the Male aspect. When a holy union is made, on a spiritual level, the woman holds on tight to the Shchinah or Female aspect of the Creator and the Male reaches out through prayer to the Male aspect of the Creator, Hashem. When a man and a woman join in holy matrimony, they are fixing the world, bringing these spiritual forces in the world back together again and that is why the month of Elul (remember… “I am to my beloved, and my beloved is to me”) is so important and that is also why this week’s parsha, Ki Tetzei (Deuteronomy 21:10-25:19), gives us a perfect example of bringing opposite extremes together again, making them whole... as ‘One.’

I am going to be brief, since I am about out of time. There is a commandment in this week’s parsha called Shiluach HaKen to send away a mother bird... I guess before taking her eggs to make an omelet: "You should send the mother bird away and take the young for yourself — in order that it will be good for you and that you will have a long life." This commandment is not about compassion; in fact, it is the exact opposite, seeing as you have to forcibly part a mother with her nest of young ones. We learn from the Torah that long life is achieved by keeping both this commandment and one other as well. In Exodus 20:12 it says, “Honor your father and mother. You will then live long...” This particular commandment is ‘all’ about compassion, as anyone who has cared for a sick parent can testify to. The Vilna Gaon explained that the completeness of a person in serving God is only possible when two opposite character traits are brought together, in this case: ‘compassion’ and ‘harshness.’

This bringing together of opposites is the same idea as the joining of a man and a woman in holy matrimony, bringing together Mankind and God in a completeness that finishes the creation of the World, and this is exactly why, when the UN tries to launch a Palestinian state without working through the issues in a diplomatic way, it is just like trying to plant a tree by digging through buried garbage in the backyard. The process is going to be nasty, it will take a heavy toll on everyone involved, the ground is going to be unfertile and filled with poisons, and the tree that we spend so much time dreaming about, planning for, and nurturing to grow into something amazing... will eventually wilt and die a horrible, smelly, and depressing death.

Refua Shlema to my back, which is feeling better now,

Refua Shlema to my friend, who is home from the hospital now,

Refua Shlema Gedolah to my mom, who is still struggling valiantly,

And Shlema Gedolah to the World... may we have true, complete, and everlasting peace in our days.

Happy anniversary to my very special link to the Shchinah too!