Out of the Desert 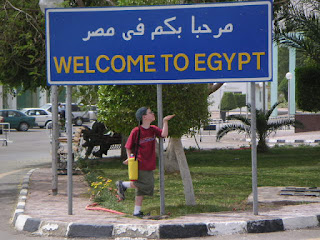 so, where to begin...
I guess we need to go all the way back to when we were slaves in Mitzraim (Hebrew word meaning Egypt and also place of narrowness). during this time of the year we are encouraged to look, once again inwards, and to find our own place of narrowness. our own private Mitzraim can be found if we have the courage to look, in the dark and fecund corners of our souls. Once we find these hidden places and take stock of (what I usually find) the amazing variety of fungi, all we need next is… Matzah! We eat this wonderful thing once a year for a period of eight days to remind us of who we are on the inside, without all the fluff and fancy that our egos tend to add all year long. My sister in law Pamela referred to this as vitamin ‘M’ at our Seder in Jerusalem . Yes, this year in Jerusalem ! And G-D willing next too!

O.K., so maybe I went a little too far back…3500 years is a long time and this letter may get a little long winded. how about I just start off with how work is going? So, work is very fun for me! I am making mostly kitchens for the German Christian kibbutznicks at Beit El but sometimes I need to crank out some little boxes that they use for the guts of a mobile gas mask unit that rides on small open trucks for the army. My Hebrew is getting better all the time and maybe I will learn a little German as well. The whole factory is closed for the week of Pasach (Passover) and after working for a half day on Monday we drove to Jerusalem for an amazing Seder with family and friends. There was about 20 or 25 people and we told stories, learned Torah, Prayed, and yes, ate Matzah from 8 in the evening until 2 in the morning! The kids too! Wow… I loved it!!! Thanks so much to Aba and Pamela for creating such an amazing Seder!!!

After the Pesach Seder we drove to the Negev desert and stayed with some friends and family in mud huts on Kibbutz Revivim. We hiked in the desert to see colored sands, black irises, and ancient ruins and caves, and returned to the hastily built mud huts to make … more Matzah! We were so busy that we didn’t have time to let the dough rise! Haw -haw – haw! Yeminite Jews were staying there the first night and late in the night the Elder of the community gathered all the clan around to tell a few stories. Everyone was very quite and at every punchline the whole group laughed and laughed. We brought some drums and they made short work of us with their drumming technique. Wow, they are good. An old woman that had shared some of her Marak (soup) with us earlier told us we had to settle down and eventually I had to put the drums away because all the little kids kept coming by to sneakily beat on them real quickly.

Josh is loving his vacation from school. The kids get three weeks off now for Pasach. He stays up as late as he wants and gets up as late as he wants. We visited this morning with an Israeli family that we know and they do it that way too. Zach was going to have a beach party for his birthday tonight but the wind was a little much. Something called a chamseen when the wind blows in from Jordan in the east and fills the air with hot and dusty granuals for a day or two. Then it goes away and the usual awesome weather rolls in. So, in Adeles last email she may have mentioned our little experience with Shfeyah (Zachs school) when we went to get Josh into it. We showed up for the interview and sat down with two teachers, Zachs math teacher and someone else. Immediately Zachs math teacher asked where Zach had been that day in school. Adele had been in Jerusalem and I leave the house before they go to school in the morning so we just looked at each other and picked up the phone to call Zach. Yup, he ditched. And to make it even funnier, after turd wrangling with Zach for a while that night the whole truth came out. Josh decided to stay home too and they watched TV and played video games all day long. I should have guessed that something was up when I walked in the house after work and found that almost every surface of the house was covered in wrappers and crumbs.

All fun aside, we had some bad news recently. Our dog Cody has died. He was living with my Mom in Northfork, California for almost a year now and got cancer or had elevated blood platelets or something and died the daya after Pasach. We didn’t find out until we returned from the Negev . We all missed him this year but he had the best retirement any dog could have had. He had his own lake to swim in and goats and ducks and geese to chase. He had a lot of love there. Thanks Mom.

So, tomorrow we take our first driving lesson and Thursday this week we will take the test and finally be legal to drive here. That took a while. We were told by nefesh b nefesh that we had a year to do this. I was told by a police man that we needed to get a liscence before we drove here at all and I was told by someone else that spoke to another police man that we had to get it done by three months after our arrival. Since no one really knew, we chose the year answer. Wish us luck.

We all miss you all very much and hope that some of you can visit soon or even later. Stay healthy in body, mind and most importantly spirit and don’t forget to pay attention to the lurking fluff in dark and pungiant spaces during this holiday season.