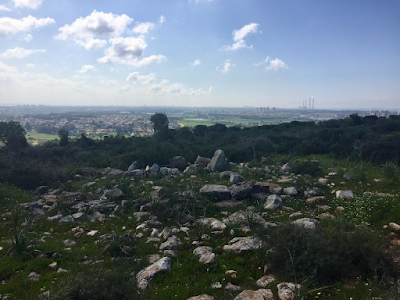 Rubbing my eyes, using the knuckles of my hands, my vision exploded into purple irises blossoming between grains of sand. The moon, as we know, is full of this knowledge as it swings overhead. It fills my eyes with vision and laughs down on me, as in another new profession I stumble within. It’s seen it before, the moon overhead, full and boasting—and again it will no doubt occur. My mind hears the laughter often as the vibrations descend down, with smiles all around. This is my very own megilah, heard as of late, causing some angst but mostly most profound. The purple irises were meant for an oil painting that I’m currently making, but instead or at least inclusive of, the irises spilled out here if only to shed.
This place that I consider home is both small and once large, contained within a space no greater than a skull, but singing out praise vibrating room in which to tell. The telling goes like this: Upon a time once mentioned, the story unfolds in a pristine dimension. In the cradle of love expansion occurs, new professions keep moving forward and to each comes a wake; a moment of love of excitement that careens full force into a wall. And the pattern begins—born, lived, then died, then born again. In each cycle stems another, growth set in patterns and continuing to know. That’s why the irises spilled out now, no doubt a cycle of love caressing the sores developed from a new profession.

Last week I had had enough. I finished testing the sprouts growing down low, but other invigilators began to hit the same wall. We sparred briefly before all was deleted and we moved back to our corners, where neither was seen, or for that matter until now heard from again. All that I could come up with at the time and still now, is that this is the edge of the cycle as each tends to grow, circles in a pond, irises in my head, and all that it tells me has already gone. I can hear it grating at the edge of my mind still, my skull is vibrating with the patterns all around. I rub my eyes to try and see it again, but the edge only lets me hear—bur, a pseudo-palindrome confusing my mind once again.

Image: Tumuli in a Canaanite Graveyard with a View towards the Smoke Stacks over Caesarea - over 6,500 years of history

Posted by DTNoll at 18:46
Email ThisBlogThis!Share to TwitterShare to FacebookShare to Pinterest