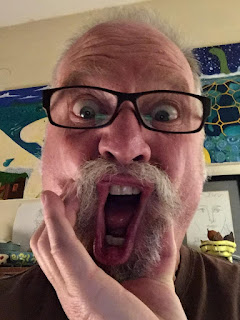 I want to scream every time I think about relieving myself. What is this damn machine I’ve been stuck between?! My cells are conspiring, my path is obscured, and my teeth need to be cleaned?! It’s just not fair that I signed on for a life-changing path, a cairn or cornerstone to admire in pathetic undertones of the unknown. There is a plan, I feel in the soul of what I brought with me, but the feet of this thing I ride in have another design entirely. There are vibrations propelling me into this strange and viscous place, time dilating then expanding and becoming null and void because of its birth, because of mine being me…

I spew forth matter that has no relevance, not matter at all. What matters is the meaning behind the expulsion of fluids, the excrement left behind in this world of ‘no matter.’ Whatever… I chose it, supposedly, when I was under the duress of wonder, wandering in a place I can no longer remember. So, the corner of chaos that I once knew no longer exists, and just rots in my memory floating about and stinking to high heaven. It’s not about that, I know… but, holy hell—it sticks to this skin as I expulse the refuse clinging to its core, forevermore... At least that’s what I think when I think of it, the being that began before—there is really nothing more.

Posted by DTNoll at 19:04
Email ThisBlogThis!Share to TwitterShare to FacebookShare to Pinterest 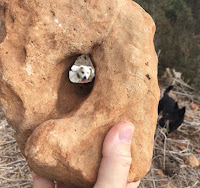 We have built our mind’s eye to the point of blindness. There are a few coughs and spasms, still, but in essence we have moved onto a realm where each individual is aware, and pissed off at the world’s refractory-insanity. We believe in mankind and at the same time we spit in its general direction, all the while stuck between what we think and what we believe. We laugh at ourselves, but not really, begging the question as to what was funny and what we now see. The corporate shadow engulfs us all, money begging our attention, yet we know deep inside that once upon a time a soul moved the entire scene. We are all blinded by our own enterprise, blinded into knowing, and totally unable to see…
Posted by DTNoll at 20:35
Email ThisBlogThis!Share to TwitterShare to FacebookShare to Pinterest 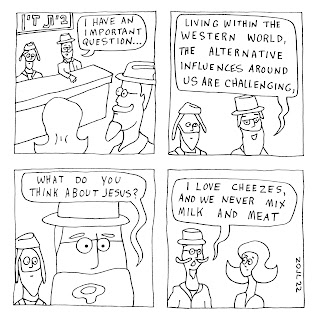 My background is a secular one, but as a child having been surrounded by quite a few churches strewn about. When I was very little, however, there was a time when we were forced to go to Sunday school; we were disturbed by every moment of it. It was a different era, you see, where children were seen but not heard. So, I guess you can only imagine it if you didn’t share this same experience in some form or another. After coming of age and attending art school, however, my mind told me to push all the limits. Nothing was ‘off the table.’ At least until the year I was propositioned by, both … my favorite female and male teachers, to take our relationship to the next level; not in an obtuse way, mind you, but very respectfully and considerate of my feelings and blossoming desires at the time. Thankfully, I had already met my soul-mate and learned enough under-grad-world-religion to know that I was actually a Jew born into the body of a Goy. I loved growing up as a non-Jew, but not as much as having ultimately found my people-dom.

It’s a complex thing, “people-dom.” I came from a ‘people,’ but I became aware of another, and possibly a more suitable people. I had already traversed Christian theologies, from Episcopalian as a child to Jehovah’s Witnesses as a young adult. I even explored the local Hare Krishna Temple to be sure of my path, but ultimately, after reading from cover-to-cover my father’s (exploration into other realms in collage) Khumash, I found something that resonated with my soul. The Five Books of Moses spawned everything in the western world, I told myself at the time. The underlying philosophy of Judaism didn’t attempt to deny or omit other faiths, I told myself at the time. And, at the time, I was ready to build the world into something that made sense to me, and (I told myself at the time) could maybe make sense to others.

I converted to Judaism in LA. My parents came to support me. I dunked under the water and came out anew as I connected to the Creator of the Universe using mere words to do so. Then, as I stumbled forward into the unknown, I spent the next 20 years trying to understand the people-dom I had joined. Finally (but not really), I let go of my ego-driven attempt to control my growth in the world … and I moved to the Holy Land only to be dunked again. Then the real metamorphosis began. But, I found myself becoming so far away from my childhood roots that I almost forgot. Yes, then the world submerged into corona-lock-down and I had space to remember. I visited my brother last week, whose children are steeped in Baptist theology, and I broke bread with my uncle Bob (yes, Bob’s my uncle), and I listened to the faith and love they espoused. I could finally listen and be comforted by their belief in their faith. I could finally understand that we are ‘ALL’ ONE; and, I finally understood, in that moment, something that I hadn't from the beginning. I finally knew that I was a Jew.

Posted by DTNoll at 18:49
Email ThisBlogThis!Share to TwitterShare to FacebookShare to Pinterest 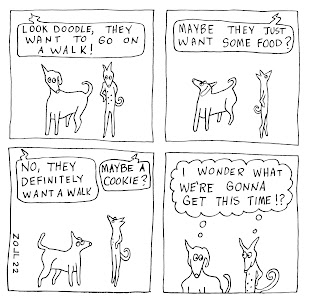 Fur growing up upon my floors, I sweep and vacuum it but it keeps building up … little doggies and kitties gather in corners where life in our house won’t disturb, and gathering can continue as days move together to form months, even years. Our white dog, Bongo, once brought into our home, has since vanished to other realms. He left looking into my eyes as I cradled his head in my lap, petting his fur, all the time knowing that it would never mix again with the black fur back home, to end gray and unseen, and then gathering in corners until our time was at an end. The black fur is Dude’s, and always has been, at least during our stay here in what we refer to as the middle of the east on our planet. Dude was our first dog in the Holy Land. Then Fat, born inside a dumpster, showed up looking for food and a night well spent. Pizza followed soon thereafter, as a cat that would be indoors, but in the end … just … wasn’t.

After Bongo replaced us with thought-clouds of wonder, we found Putzky the dog wannabe on a beach. She was born to a local Arab family down the street, but we colonialized her outright with smiles, cash, and the real potential of a healthy long life, and being. Her mutant features were of no concern. Then, a few years later, Loonie was handed to us via our young son, who God-willing will betroth quite soon. The zoo we live in has grown, mostly, from year to year, and with the blessing of Hashem may one day unfold again. That growth has extended to the wonder we feel looking around us from time to time, realizing our fortune, understanding our place and the responsibility it holds, and its sting. A gift we were given is obvious, as is written, but the awareness of such is something that can shine far beyond our understanding. 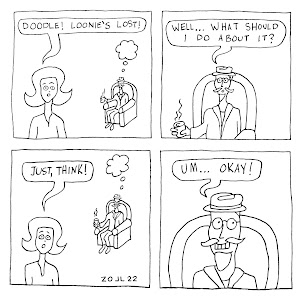 Training new members as they join our pod is a complex endeavor. We have more than one human, but each member strives to be together. The only known ending for each and every story is that the animals within are the ones that know truth. The humans in our pod have a sense of where it will end, but it’s the animals that determine where the energy will grow and descend. Like lightning rods pulling down the love that we need, the animals in our life teach us to breathe. They teach us to love, not only them, but each other … indeed. There is a love with conflict between male and female in our realm, the dogs here sense it and can make sense of prophets from beyond. The animals in our life can tell us the things we don’t know. The dogs ‘begging what we can’t know’ give us a window to see each other and to then grow.

Ahhh… enough with the rhyme, enough with this twaddle and mow! The grass is not greener just because we seem to think so. I started a new project drawing my thoughts as they sewed humor, unfolding with … obvious ebb and a flow. Once we received a new cat, cute as could be, she displayed behaviors unknown and never (by me) seen. MMeeOWww… on and on. Her tail was a pointer poking down, rubbing fur raw as she plowed down into it all. Crying up to the heavens, Loonie echoed way down below. Our new cat was in heat and we just didn’t know. Pizza the boy winked at us all, he knew how to call, but we did not know... Up into the attic she crawled, Pizza in tow, around the house, all willy-nill, she drew him out and the rest of us saw. It wasn’t until we understood that the cat we had been gifted was not spayed as we thought, the owners from before saving money as their unwanted cat flew out their door. 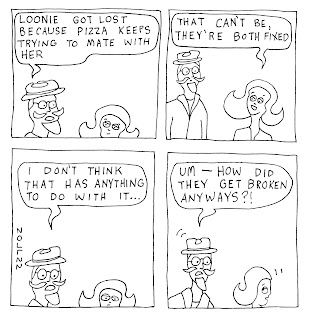 Shabbat evening was coming, a time to shut down, and we acted once we knew. The new cat needed fixing to blend in with our zoo. The animals around us all knew, but we humans had to stew for a spell, thinking it over and processing all things new. Then with the clock ticking before the sun went down, we raced to repair the damage to our own family realm. There was time before our day of rest was protected; there was time to fire up the engine of things built in the world. In the town that I live there’s a road that wanders down, ending abruptly at the edge of the sea and the end of what’s known. The sun settled down there as I sped home before lighting, and it wallowed for an instant, the sun, with Loonie meowing softly, begging a ride back home. The sea roiled as I watched from afar, red-orange spray sizzling and sputtering out, as the sun wept for the day’s last time. Loonie yawned, like nothing had happened, but then as I descended down the Conqueror’s Road, I wondered if I had time to get home. I turned on the Wheat Road … then followed the plan down to below. I made it, we made it, and our zoo was complete once again, without chaos in tow — a brand new Shabbat Shalom.

Posted by DTNoll at 18:50
Email ThisBlogThis!Share to TwitterShare to FacebookShare to Pinterest