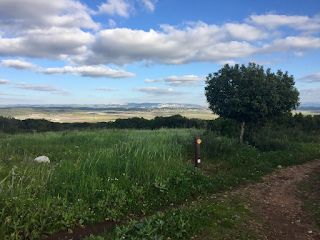 It rained from above and the earth gushed water from inside its depths for a long 40 days. When the deluge ceased, what remained of the human spirit continued 150 days more, sailing, and eventually disembarking from the wooden ark they isolated in and onto freshly formed land. There, a man named Noakh planted a vineyard into the earth and then grew it into wine. Having drunk, embarrassed, our tragic forebear retired into his wife’s tent as not to be found.

He was discovered by Kham, and as Noakh had exiled himself where he couldn’t be seen, Kham, the father of Canaan, doomed his offspring for all of time. For Kham imparted to his brothers the story that was uncovered, employing a zeal born from tragedy; to “say” is one thing but to “tell” is quite another.  From Kham descended two nations: on the one side Mitzraim, a place born of social limitation, a class system with narrow design. And, on the other formed the people Canaan, whose world disintegrated along with their view as each new generation was born.

The remaining sons of Noakh went on to build the world as we still struggle to understand. Shem became our leader in deed and in name; Yafet as well, who joined Shem and respected their dad inside the tent of their mom. From these deeds we learn of the fifth commandment to come, that: when children regard their parents in the way their parents attended to a child’s welfare as they began, honoring their spiritual essence born through blood passed down, all of mankind will flourish propelling life forward—much as a tree might, growing roots, branches, leaves, and fruiting into a wondrous future forever unfolding and never undone.

Posted by DTNoll at 18:37
Email ThisBlogThis!Share to TwitterShare to FacebookShare to Pinterest