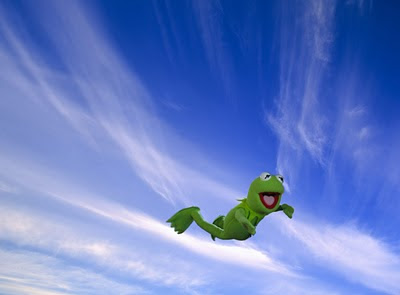 And the storm raged on… here in the Holy Land recently, lasting for about 3 days and flattening anything that was mildly at rust or untended, trees, buildings, signs, and cliff faces collapsed or just plain disappeared. Flash flood warnings in the Negev desert were in high effect and we all buttoned up our houses with whatever we had on tap. The fires that had just swept through the north were still smoldering and the ash of the ruin of many people’s entire lives hadn’t even begun to settle; all of this, and yet... we were happy —  the rain was finally coming. The crispy ground covering the Holy Land has been parched for years from a severe draught. The Kinneret (Sea of Galilee), where much of our water comes from, has been going down, down, down, and is in its 7th year of decent; it is now 85 cm. above the ‘black line,’ the line that we dread. The black line is below the lowest ‘red line,’ which we passed a while ago. Sinking below the black line means that we will not only no longer be able to pump any water out of the Kinneret, but will mean increased salinity and seaweed growth in the Kinneret, choking off its aqua-life and maybe permanently damaging

the lake itself. The latest predictions from the national water company, Mekorot, tell us that the Kinneret will reach the black line by this summer, unless there are significant amounts of rain fall this winter... and considering the current khamseen (heat wave), that is just not happening yet. Eretz Israel, the Holy Land, is a very unique place on Planet Earth. It looks a lot like Southern California where I was born and raised, but also contains terrain that reminds me of the whole United States and even remotely like many places around the entire planet. The North looks like a combination of Seattle, Washington and Moab, Utah and the center of the Holy Land is a bit like New York, Chicago, Missouri, and Tennessee. Israel has mountains that descend into the sea, rivers that flow (sometimes), and deserts that bloom like Africa. There is a theme park in Israel called ‘Mini-Israel’ that is a model of the greater Israel that you can walk through... very cute. In this context, Israel reminds me of a kind of ‘Mini-Earth’ theme park. It seems to have everything from tropical beaches to snow packed mountains and wide open plains to water-shaped desert canyons; but, all kind of miniature. Our ‘Mini Earth’ theme park also has something that the rest of the world doesn’t. Our theme park includes the lowest ‘physical’ land on Planet Earth, the Dead Sea Basin, and

this is shadowed, literally, by the heights of Jerusalem, which happens to be the highest ‘spiritual’ place on Earth, the place where Hashem dwelled His Presence and left His Thumbprint (the Torah) for us to ponder... The Dead Sea, like the Kinneret, has been shrinking down to nothing as well. It has shrunk enough to erupt all kinds of ‘save the whales’ plans to refill it, like canals from the Mediterranean and now from the Red Sea, which were planned, but still unexecuted. Water, it seems, is the true ‘gold’ in the Middle East and the bodies of water in Israel are fueled by only one source… rain. So, how do we get some more of that ‘gold from Heaven?’ The answer to this question is consistently explored in many ways and in the end we seem to always be left with only one answer: pray harder...

Here, let me explain: The Israelites, while living in the Holy Land, had to rely completely on Hashem for both their spiritual and physical wellbeing. They needed to make the effort to connect to Hashem spiritually in order to receive the rains that sustained them physically. Water, in Judaism, is synonymous with Torah and spirituality. Hashem, Himself, Personally, not an angel or other force of nature, does three specific things in the world. He opens the womb, He opens the grave for when the time of the Messiah will come, and He opens the heavens to make the rain fall. Back in Egypt, water was perceived as coming from a different source altogether and this sent a very different message. In Egypt the water comes from the Nile and during the wet season, it floods its banks to water the surrounding crops. In Egypt, they prayed to

the Nile god (whichever animal that was: crocodile, fish?) for water. That is probably why they got frogs from Heaven instead of rain. I know, I know, I am getting off track… You see, the reason I started to think about this whole deal was in this week’s parsha, Va’eira (Exodus 6:2-9:35), the plagues have begun… It started me thinking about worldwide reports of frogs actually falling from the sky in Australia, Europe, Africa, North America, and other continents around the globe, frogs have been known to randomly fall from the sky, in the middle of nowhere and sometimes by the bucket-full! In 1997 in Culiacan, Mexico, motorists reported frogs dropping from the sky around 11 p.m. In June of 2005 in Serbia; the Belgrade Daily Blic reported that during a strong wind, witnesses reported that frogs rained down on them from above. "I saw countless frogs fall from the sky," said Odzaci resident Aleksandar Ciric, who then reported that the frogs survived their ordeal and were hopping around looking for water. The Scientific American, in 1871, reported that frogs fell from the sky during a storm, covering Kansas City, Missouri. In 1901 in Minneapolis, Minnesota, after a large storm, the residents said that they found a variety of frogs piled three inches deep over an area of more than four city blocks. In 1981, the citizens of Naphilion, Greece woke up in the morning to find small native to Africa green frogs falling from the sky, which was later explained by the Greek Meteorological Institute that the frogs had been picked up by a strong wind (what a wild ride that would have been). In 1995, Forteam Times Online reported that a family from England, while on 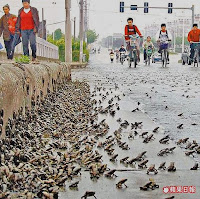 vacation in Scotland, said that they were driving along when a rainless storm started to dump frogs, which fell in buckets from the sky, pelting their car like hail. Even I have a frog story. When I lived in Boulder, Colorado, in the year 2005, when I got to work and opened the front door to my woodshop, there were hundreds of frogs jumping around inside! I don’t know how they got there, but I had to chase them all out one at a time! Now that we have had a little history lesson on the "falling frog effect," I feel that I need to counterbalance that reality of absurdness with some absurdness of reality. My friend Elan just got a new long-board and asked me to go out with him for a spin. Luckily, the rain that pelted us for 3 days washed a whole years worth of slippery oil and grease off of the roads, because we were slamming through layout slalom turns and, in general, just carving it up! I often forget about this little detail and get so frustrated (sometimes a physically painful ordeal) when my board won’t stick a turn, so whenever the rainy season comes, I try to find some more fun terrain to skate down, but this year it was a bit of a wait. Now, since we haven’t had anything but heat-waves since the storm, I can see in my mind’s eye the layers of slippery muck building up as I write this b 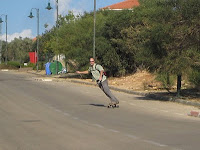 log. I pray for rain every day, “Mashiv ha Ruach u Moreed ha Geshem,” but it doesn’t seem to be working so well. I guess that I am just not concentrating enough or I don’t have enough company or something… I heard a story about one of the great tzaddikim who lived in total poverty, but was always a happy guy anyways. When he was asked how he managed to maintain such an optimistic attitude with such a difficult set of circumstances, he replied: "Each day I pray to Hashem to provide all of my needs. If I am poor, that means that one of my needs ‘is’ poverty. Why should I be unhappy if I have exactly what I need?" To be on that level is impossible for us to even consider, however we can still put out the effort to develop faith and trust in Hashem. It is kind of like learning to ride a bike. In the beginning, we are always worried that ‘Dad’ is going to let go while wobbling down the street. In the end, when we find ourselves racing down the road a lot faster than Dad

can run, we realize that we could have done it by ourselves all along; we just lacked the confidence... and then we look for a soft place to land... The Rabbis teach us that the Plagues that ravaged Egypt were sent in that specific way for a very good reason. Hashem could have wiped out Egypt in one go, but chose to spread it out over many years and in smaller increments, each plague building on the last. The reason, the Rabbis teach us, is that it afforded the Egyptians the possibility of doing tchuvah (returning to Hashem) and reaching out to develop a relationship with the Creator. If they had reached out, like some of the Israelites did, they might still be around like the Jews are today. Since they didn’t, they went the way of the frog’s ancestor, the dinosaur. So that leaves us with a tricky question… ‘Why isn’t it raining?’ Do you remember that black line I was talking about? Well, I am thinking that it is really a kind of spiritual barometer telling us when we need to work harder at reaching out to the Creator. Now, that is something tangible to consider! It is kind of like checking the weather to figure out what to wear before going out, or even like paying attention enough to your environment to ensure your wellbeing by not getting caught in the storm, or being hit in the face with flying frogs. Well, since we are still just hovering above that black line, that must mean that we need to do a lot more connecting with Hashem… that black line is approaching faster than we think and at 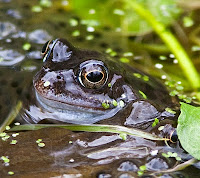 some point, the Kinneret is going to dry up, leaving a physical void behind the spiritual void that we created in the vacuum of our relationship with the Creator. I guess, if that doesn’t guilt me into trying harder to fill that spiritual void, then at least I should do it so that I can carve down the hills again on my long-board... um, that is, without worrying about flying frogs slipping under my wheels… Ribbit, and Shabbat Shalom!!
Posted by Dnoll at 18:52
Email ThisBlogThis!Share to TwitterShare to FacebookShare to Pinterest
Newer Post Older Post Home