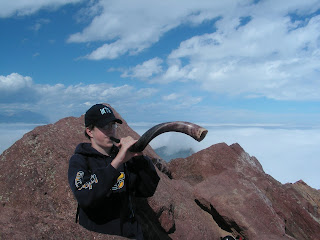 Daylight savings time is getting close for us in Israel. The time is due to change this coming Sunday at 1:00 am (remember, spring forward—fall back). I just read about a movement that is trying to stop the times from shifting back and forth every year. They say that changing the times back and forth costs money and creates road accidents unnecessarily. I am sure there is truth to this; however, I just can’t get over the idea that what they really want is related to making it harder for people to fast on Yom Kippur.

I know, that is a bit of a leap forward (or fall backwards, depending on your viewpoint), so let me explain. You see, the Rabbinate purposely designated the time change to align with the Yom Kippur fast, so that the Jews living in Israel would have a reprieve with nightfall coming an hour earlier. This makes it easier for people that may not be inclined to fast, people with poor health that want to fast, and in general, makes it easier for all of us fasters. Of course that would mean that the people who do not want to fast may resent the rabbis sticking their noses into their business.

Being perfectly capable of calling their own shots, these people must feel put-upon by a collection of stupid and pointless rules that were left over from a time that Jews ought to be embarrassed about. After all, humanity and the Jewish people have moved way beyond the antiquated behavior and justifications of those bygone generations. We are a sophisticated species of human beings, developing and evolving, and we are perfectly capable of directing our own lives. Authority just limits our freedom and we want what we want. It must be especially annoying for these particular people that this particular authority also happens to be an authority that is obviously so ridiculously irrational…

I heard an analogy the other day about a window that looked out onto a beautiful garden. When it was light outside, and the window was not smudgy, you could see the plants and trees swaying in the wind and the animals flitting about. Looking through that window made you feel as if you were connected to the Infinite—like being an integral part of the garden on the other side of the glass. 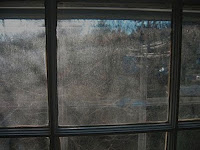 When it began to get dark outside, the garden became harder and harder to see. The movements and colors of the trees and animals began to fade into the blackness and at the same time, your own face began to reflect back at you from the glass pane. When your face solidifies in the window, it starts to become easy to forget about the beautiful garden. You start to focus on your blemishes and on your prowess. You forget your connection to the garden and the Infinite and your whole world begins to revolve around your reflection in the window, as if there was never really a garden at all. When the window is dirty, clouding the view to the garden, the disconnection to reality is all the more acute and distorts your reflection into what you most desire, or most dread. In the end, all you see is your own distorted image staring back at you and start to wonder how the world got this way.

This is how the ego works. The more we think that we run the world, the more we see our reflections. We become entranced with the possibility that we are really the center of it all and the more disorganized and messy our minds are in terms of reality, the easier it is to fall into that pit of ego. Once the garden is obliterated by gluing our distorted reflections across our consciousness, we can then say that anyone that does not emanate from the same ‘place-of-self’ is a fool and, yup, obviously, ridiculously irrational…

We are, however, all still attempting to clean the grime off that window in order to see reality. Sometimes we get it a little clean, but its dark outside, so we believe we see the nature of reality and really have only tidied our inner-self somewhat. Sometimes we get a glimpse of the garden and, regrettably, it scares us away from our soul polishing. What I am most concerned with is that when we finally do get our false-images out of the way and peer through the glass into the light filled garden, it may be just a little too late.

The air-raid sirens in every city, the muezzin on every mosque's minaret, and the emergency broadcast systems around the world, are 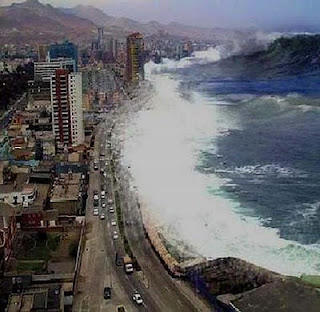 all in place and ready to shatter those dirty window panes right now. Earthquakes, hurricanes, volcanoes, and tsunamis will ravage the planet, sending plumes of smoke and ash into the skies, seizing international traffic of any kind, and washing away the edges of humanity, desperately clinging to every continent.


The infrastructure has been in place for decades, even centuries, for the battle that will begin to rage. The armies of the world, lead by the world media and the silent politicians, will focus on the conscience of the world, the Jews and the Jewish State. Israel and the whole world will be overrun by the colliding conundrum of storms, human and natural.


Then, in a brief moment of silence, when every person on the planet is listening for something to change, for an answer to the challenge that has been rising from humanity for centuries, the sound will blast—the unworldly sound of a single Shofar will screech out over the seas, riding on the ash laden winds, amplified and terrifying, the sound of the Shofar will permeate to the core of every last bastion on the planet. Every human being alive on the surface of the planet will know, as the core of their soul oscillates with the cosmic Shofar blast, that G-D is known in the world by each and every one of us. The windows will shatter and we will no longer have the choice to stare at our distorted, grotesque reflections in the dirty glass. We will no longer be able to ignore reality. 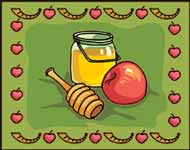