A Reason for Everything and the ‘Piece’ Process 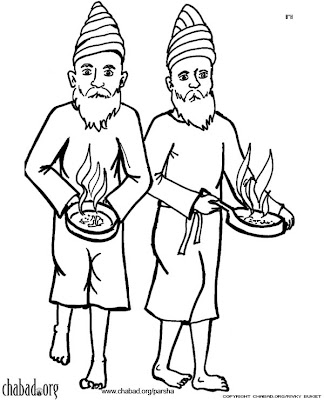 Based on our extensive reading and pondering of the pervasive mass of pixilated light that is contained within this blog (alone), the universe (great and small) from the Big Bang onward has pretty much zero, that is ‘efes in Hebrew,’ chance to have begun without a, for lack of a more PC term, Creator. From this blog alone, we also know, without a doubt that based on the MIT physicist Dr. Gerald Schroeder’s collective works, such as ‘Genesis and the Big Bang’ and ‘The Science of God,’ the Bible (the original or nowadays, the ‘Classic Hebrew Edition’) mirrors the absolute facts of the known universe and its nefarious beginnings to the way any known and respected science (especially physics and I don’t mean meta…) describe them; and I might add, in a way that is so uncannily matched that it will send chills (for better or worse) up and down the collective spine of humanity; that is, when we finally get down off of our oh-so-righteous and ego-driven high-horses and pay attention finally to the writing on the wall.

OK, so philosophically, if everything was actually ‘created,’ as opposed to spontaneously coming into existence from a random occurrence, then do you think that it is possible that any of ‘it’ was created without a purpose, without an intension to culminate in a kind of fruition, if you will? That is the subject of this week’s blog entry, so without further ado and getting right down to business... let’s start with what we already know.

So, my son Zach just went into the army. When he got back home for Shabbat last week, he told me that he spent most of his first week learning how to button his shirt and tie his shoes, how to stand at attention in the hot desert sun, and how to fall-in with all the proper pomp and pageantry that is expected from a young soldier (and I would add: a soldier that needs to represent his physically very tiny, but with spiritually extremely large boots to fill country and to do so while under duress in the most unnatural predicaments that a person could imagine, much less endure).

I use the word natural to illustrate a point. Nature is often understood to be the source of our pain and of our joy. You know, when the rain comes and you really want it to and are so excited, but it rains too much and washes out the road leading to your house... or... even better or worse as the case may be, the madness that occurred in Japan last week and is still ongoing. I am not sure what the good side of that is, but let’s just get a little deeper into the subject and see what sprouts.

You remember what the subject was, don’t you? OK, the subject was, “Do you think that it is possible that any of ‘it’ (the universe) was created without a purpose?” Well, my first thought is that if any of it at all was created without a purpose, and we are talking now about chopping things down to their atomic structure situated within microseconds of time, the world would cease to exist. Think about it. If there was one tiny particle of nothingness that was not under the direct supervision of the ‘Creator,’ it would represent something that existed outside of the nature of the universe and outside of the Creator for that matter. Now, I am not talking about things that we don’t understand about the universe, like dark matter or black holes or something equally as theoretical, and I am not talking about things that we cannot conceptualize, like what the Infinite is; no, I am talking about outside the actual ‘possibility’ of existence on any level or at any state, be it conceptual or otherwise.

Think of it this way. Imagine a little boy that is playing with a pretty blue ball. Imagine this scene with all the luster of reality, as if you were standing there watching him roll and kick the blue ball down the street, laughing and smiling with every conceivable emotional twitch and gesture; just build out the picture in your imagination. Really concentrate on the whole scene. Look around and notice the streetlights shimmering and blinking as twilight enters the day and how the buildings are painted, some peeling and neglected. Notice the cars parked on the side of the road down to the smallest details, like the license plate numbers and broken taillights. Notice every little detail of the scene, the special sounds and reflections in windows that are all displayed before you and concentrate on its wholeness, (don’t forget about the little boy with the ball either); concentrate on the whole scene’s utter uniqueness in the world.

Now, while holding that vision in your mind, ask yourself a question. Ask yourself, “Does the little boy exist?”

Your answer is going to most likely be, “As long as I am holding him in my mind, he exists…” So, my point is that if the Creator doesn’t hold something, no matter how small or insignificant, in His mind, that would nullify the entire vision and the world would then crumble into smoke and mirrors and then utterly cease to exist, just like the little boy did when you went on reading what I wrote here.

I know this is exciting stuff, but don’t go all Nadav and Avihu on me now… You know, the sons of Aaron that were a little too zealous and worshipped the Creator with strange fire and drunk to boot? (Shmini, Leviticus 9 – 11) Now we have come full circle to the oh-so-righteous and ego-driven high-horse guys again and what happens when we get that way? We cease to exist, just like Nadav and Avihu did! Why did they cease to exist? It wasn’t because they didn’t deserve to exist; they were, after all, the sons of Aaron the High Priest. The Rabbis bring down to us that Nadav and Avihu became self-consumed and that is why they were consumed from the inside out. They broke just about every rule in the book when it comes to egoism and in the end, their lack of humility before God and their Rabbi, Moses, caused the fire to leap from the Ark inside the Holy of Holies and consume them.

So, it would seem that the more egotistical we get with each other, the harder we are tested by the Creator and the more egotistical we are with the Creator, the less we actually exist. Did you follow? Well, I might have jumped a few steps, as well as a few stories, so, maybe we will have to pick this one up another time. Besides, the so-called Middle East ‘Piece’ Process is starting to fall apart as...

This just in: Islamic terrorist organizations from Gaza and the West Bank claim responsibility for a bomb blowing up innocent civilians in Jerusalem. One 58 year old woman dead and 39 people injured. "I heard a loud blast. I looked out the window and saw smoke rising up, and a yeshiva student running around with his legs on fire. People were trying to help him put out the fire," said one witness...