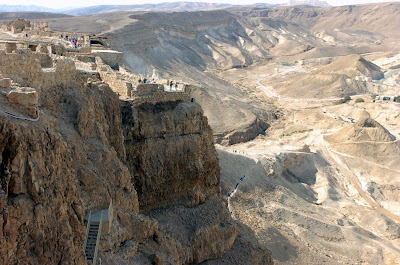 This is my first blog post in over… a month, so we’ll have to cover some ground here quickly, but first, I just need to make clear that I have been struggling. Early on in this self-induced hiatus, I was even waking in the wee hours of the morning to an inevitable sense of irrational dread. At first I thought it might be about faith, but it wasn’t at all, as when I pondered this possibility, I came to realize that I seem to be fully cognizant of my place in the world and completely aware of ‘Who’ runs ‘it.’ I don’t know why, but I guess I just keep tripping on the rough edges, slipping ever downwards towards the ragged under-belly of… my perception of whatever ‘it’ is. If I were to have to describe ‘it’ somehow, I guess it would kind of feel like putting the last few pieces of a puzzle together and finding that there was more than one of the dang puzzle things mixed up inside the box. Now, when stepping back and trying to get a picture of the finished puzzle, I can feel the picture’s potential, but it is still confused enough to fall through the holes pocking the semi-evolved and utterly fractured landscape in front of me; I have been struggling… with… ‘it.’

In hindsight, maybe ‘it’ has something to do with my mother’s illness; not the voracious cancer fomenting within her innards, but the oh-so-subtle illness that has spanned, unchecked, for more than 20 years, in which a systematic attempt to extricate herself from ‘it’ by perverting whatever relationships remained after the untimely death of her husband, my father, was narrowly maintained. Or, maybe ‘it’ has to do with the new company she has been keeping, company that grovels and squirms the like of Grima Wormtongue of Middle Earth, manipulating a tired and sickly, old tyrant of a king. And then again, maybe ‘it’ is just that I am ‘so’ sick and tired of jumping out of the way of moving vehicles while walking to work, having the random Chutzpan yell something unprovoked and amazingly rude at the bull’s-eye that seems to be painted on my unprotected left eardrum, or when driving myself, barely careening out of the way of a crazed driver trying to pass a bus, barreling right at me while white knuckling down a deserted mountain road near Hebron, narrowly escaping the loss of…‘it.’

I guess you could say, ultimately, that ‘it’ must go back to, once-upon-a-time, having been a descendant of Esau and trading my red bean stew back for a chance to be Jacob, a chance at being Israel. About four years ago, before I transacted the deal of the stew, I remember being so intrigued with the concept of Tefillin (Phylacteries). After the trade a rabbi friend of mine told me that I felt the way I did when I donned my Tefillin, because I had been stuck with a Jewish soul shoveling red bean stew for more than half of my life. He said that normal Tefillin donning people don’t feel that same elation that I once felt, that sense of completed purpose that I was so privileged to have received when strapping my arm up like bridling a race horse and wearing the Shma immobilizing my third eye, like a prism of truth beaming forth, all just to commune with the Universe, to commune with God… Arghh… I STOPPED FEELING ‘IT!’

My wonderful wife knows a thing or two about ‘it’ and, trying to find ‘it’ again, I decided to give the reigns to the racehorse over for a bit. We decided to really get low and bask in the salt and in the mud that is found way… down… there. We went to the Dead Sea, which, sadly, is dying. We climbed from that low-down place to the heights of Masada and ran smack into Africa. There were about 7 or 8 of them from Uganda, Ethiopia, Cameroon, and others from the deep, dark continent, all learning from Israel how to be urban planners; we spoke to them on the summit, all of whom were as black as the moon appeared during the surreal eclipse that we later witnessed reflecting eerily off of the dying Dead Sea. They liked me. My dad was an urban planner and even designed the city of Irvine in California. They said that they were happy to meet ‘California’ (their name for me) and that they loved Israel, but missed their pork and beans, barely making it up the Snake Path leading to the top of the ancient plateau, to the fortress of Herod and one of the last places that the Jewish rebels stood, waiting for the Romans attempt to wipe them from the face… of…‘it.’

As far as the Romans, when Newt recently said, much to the dismay of Fayyad, "I think 'we' have invented the Palestinian people," he was right. Fayyad said that Newt should: "Review history," so, Fayyad, let's do that… then: The Romans, when they tried to wipe Israel from the map, renamed the land of Abraham, Isaac, and Jacob, "Palestine" after an extinct sea-faring people called the Philistines. They renamed everything in the land of the Jews. They renamed Jerusalem to ‘Capitolina.’ They renamed Shechem to Neopolis (now just referred to by the Arabs as Nablus). The Romans took absolute power over The Land from Herod, who was the son of Antipater, who was an Idumaean (from Edom which is south-west of Jerusalem), whose father was converted to Judaism (the 'only' known forcibly converted people to Judaism) by Hyrcanus II, a very week figure that was easily controlled by the Romans. He was the son of the Hashnonean King Alexander Yannai, who ruled from 103 – 76 B.C.E and he was also a messed up grandchild of the forbidden combination of Cohen (Priest) and King, started by Shimon, who was the son of Mattathias of the Maccabean revolt and Chanukah fame… pheuuw. The people of Edom were the offspring of Esau, as per the oldest book of history available today, and, moving back forward in time, the Roman Empire, with the conversion of Constantine in the year 337 upon his deathbed, became the ‘Holy’ Roman Empire, Christendom, and the West, which then went on to conquer the Americas from the native peoples that have been ‘actually’ documented (unlike the so-called Palestinians) as living in the Americas for centuries. Newt, born of Esau = Rome, who renamed Palestine… get 'it?'

So, getting back to red bean stew… I have been struggling and I hope that 'it' is not headed down Crapper’s maelstrom. Through my learning over the last 3 - 4 years, I have really had answered for me mostly ‘all’ of the big questions in life, questions like, ‘Where do we come from,’ ‘What does it all mean,’ ‘Where do we go when we leave this place,’ and the doosey, ‘Why do bad things happen to good people?’ So, why am I struggling then? I guess that is the last of the big questions and one that I am not going to pontificate on here (thank God). Let's just say that it has something to do with this:

"And they wrestled: The identity of the angel was the Guardian of Esau. And who is he? Sama'el. And it is appropriate that the dust of their feet went up to the Divine Throne for that is the place of judgment." [Zohar Bereshit 170a]

A speedy healing to my mother,

A complete resolution to my own seemingly split personality,

And a very happy and brightly lit holiday season to all!