Cancer is more than Soul Deep 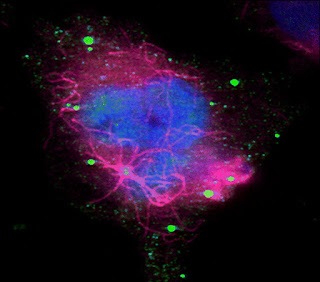 This morning, I began to dwell on the fact that my mom has been in the hospital, dying of cancer, and that a new twist has arisen. The doctor and nurses are no longer able, legally, to give out any information over the phone, unless it goes through her new, younger husband. Not going to dwell on that one... The nurse that I spoke with (just about, but not quite) said, "You don't have time to fly here from Israel."  Of course, that tells me that my mom is on death's doorstep and I won't be able to sit on the side of her bed and ask her questions about the other side, like I had done with my father (click here forthe blog-post link). I have to be OK with my last few conversations with her. I have to be OK… I just have to be.


This morning, while praying to the Master of the Universe, I had a thought about how all of Humanity is a kind of cancer, sort of like how Mr. Smith in the Matrix explains it, but not so superficially. He explained it as if humans were the cancer, moving from one place to the next, consuming the natural resources, and moving on, leaving a desolate wasteland behind. This is an interesting idea, but very shallow, if you think about it. I mean, where did it all come from and what does it all mean? Our behavior as a species is one thing, but we need to delve a little deeper to try and change our behavior, don't we? While praying this morning, I thought about how God gave us life, existence, physical form, and spiritual reality. He also gave us the ability to become sick. We are sick. We still contain all the beauty and potential of that first, spectacular Creation, but it has become dull and rotten. God gave us life and, in return, we gave God cancer. Thank God that God is the God of the Universe and can deal with cancer, as if it was nothing. To God, it must be nothing, but it must also be everything, at exactly the same time…


This morning, the power went out, right as I walked down the stairs to make coffee. Since I haven't been praying very much recently, I decided to daven to fill the dark, cold winter morning up with some light and some life. I figured that God must be wondering where I have been and that maybe, he would turn on the lights again after hearing from me. He did, right on time, hence my ability to drink a cup of coffee and write this blog post. I have really been struggling with my relationship to the Creator. This is something that I haven't had, quite like this, since my father's death. He died of a brain tumor. He was always a very mental character, one that retreated to his mind in time of crisis. He was a brilliant urban planner that designed cities, you know, how people live together. It must have been like designing a smart chip for a computer, with the pathways all intended for human beings to travel, instead of electrical impulses. His brain, when he got sick, slowly ate itself over the course of a year. His illness fit perfectly to his life. In the end, he was no longer able to retreat into his mind. He left this world with one foot in the spiritual realm, and one in the physical. His mind had stopped.


This morning, as I woke and promptly forgot to say the Modeh Ani Prayer to thank God for returning my soul to me, I flashed on the concept that my mother's cancer began in her womb, her uterus. I realized that her physical affliction seems quite connected to her life as a mother. She has, after all, been running from motherhood for a long time. It got really bad right about the same time she contracted cancer too… Hmmm… Just like my father ran from conflict to his mind, to avoid emotional difficulties, my mom ran from her children when under duress. She ran from her ability to create life. The cancer, I guess, just filled in the void that was left. She was a master manipulator with anyone that she wanted to impress and did so, very well. I guess I just miss her and, sadly, have for a while...


Shabbat is coming and I need to shop, cook, and clean, so I will leave you with this: