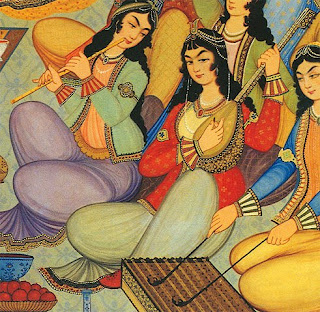 When I was young, I thought that it was all going to be OK. Looking back now, I realize that I was right, but, but… it… wasn't about what 'would' be, after all, was it…? It was really about wondering 'in the first place' if it would be alright or not. Some would say that it was a lack of faith that drove that concept home and into my little brain, swirling somewhere in the Universe. I would disagree, vehemently… But, that is just me, now, going on 50 and sitting here in front of a computer screen, right smack in the middle of the Holy Land. I realize that I was duped in life. I was baited with a holy carrot, a supposedly universal truth, a truth that stated that, eventually, I was going to be OK… That is to say that… I am not OK, now; nor have I ever been…

So, who determines what is OK? Just look at the current state of affairs in the Middle East for instance. Iran is about to go deep, deep underground with their weapon's grade nuclear production facility that will need a 'bunker-buster' bomb to extinguish its production. Israel has about a month and a half to decide if it has enough faith in America to go past that deadline. America has the capacity to destroy, deep, down nuclear bunkers, but Israel, without the help of America, needs to act before the nukes descend, deep, deep, below their ability to touch. It is about time, you would think, for some faith, right? If Israel doesn't act soon, the one democratic island, smack in the middle of the Middle East, will have to rely on its big brother America and its current, seemingly anti-Israel administration to do it for them.


And, what if the Americans don't do it? Well, The Iranian President, Ahmadinejad says it best, "Israel must be wiped off the map…" So, it all comes down to whether Israel will have faith in the current American administration. Should Israel wait and see, putting every citizen, over 6 million men, women, and children on the table for potential annihilation, for being swept into the sea, complete oblivion? It seems that the Jewish people have been challenged like this before, haven't they? We should look at some history, just in case…
I know, I know, history is boring… So, let's just look at a specific piece of history of the region then, shall we? In 423 BCE, the first Holy Temple was destroyed by the armies of King Nebuchadnezzar. The majority of the Jews that were living in the Land of Israel were exiled to Babylon and Persia, which is Iran and Iraq today. Fifty-one years later, in 372 BCE, Babylon fell to the Medes and Persians, and in 369 BCE King Ahasuerus of Persia ascended the throne and ruled over 127 provinces throughout the region.
After three years, Ahasuerus threw a feast that lead to his wife Vashti's execution for refusing to dance naked for the king's guests. A beauty pageant was then coordinated, requesting the beauties from all 127 provinces to participate, in order to find a new wife for the king. Esther, the Jew, was chosen to be the new queen; Haman, the great, great grandchild of the notorious anti-Semitic entity, Amalek was named prime minister and in 357 BCE, the first 'Final Solution' was decreed,  orchestrated by Haman, against the Jews, who were, incidentally, completely trapped as a people within those same 127 provinces. So, how does the story end? Well, it ends with Purim, which happens to be right around the corner from now, just like the (would be) current Iranian 'Final Solution' for the Jews…
It seems that it is a lot about faith in life. I mean, how are we supposed to function? You either have to have faith or you have to embrace ignorance and hold it close if you want to remain sane. Yeah, I know, you are asking, "Where does reason fit in?" Well, the Rambam says that having faith without reason is as if saying that God doesn't run the world. Blind faith, or faith without reason, is akin to blasphemy in the Jewish tradition. Having been born into a Christian world, to a (Secular) Christian family, having learned some about Hinduism, Buddhism, and other Eastern traditions, having learned about Islam and Animism, and yes, having converted to Judaism twice, I think about this kind of stuff, probably too much… You see, in Christianity, it is 'all' about faith. Reason is the Satan influencing thoughts. You are supposed to let it all go and just believe. Well, believe it or not, this type of system 'can' work in the world and does – just not for everyone – Jews for instance. A Jew is responsible for asking questions when things don't make sense. Jews have to read everything available, calculate the ramifications, incorporate philosophy, predict the outcome, and only then can a Jew reach out to the Creator with pure faith.
Since my personal life has taken a turn in a dark direction as of late and since the world seems to be reflecting that sentiment, I think that for Purim this year, I am going to have to embrace the chaos just a little harder, a little deeper, I am going to have to delve just a little farther into the 'reason' of it all and watch Amalek (may his name be erased) sprout its roots deeper into the world. It seems that, as a Jew, I am going to have to suspend my disbelief of the insanity in the world we live in. I am going to have to make an attempt to sort it all out, to create order out of the brooding chaos and maybe, just maybe, when I have submersed into the deep dark, I can look for a crack of light to seep into my consciousness. I can open the door to the idea that God will be there for me, having faith. Only then, it seems, can I truly know, once and for all that it is all actually OK.
Yalla Chavarim!
Posted by Dnoll at 21:58
Email ThisBlogThis!Share to TwitterShare to FacebookShare to Pinterest
Newer Post Older Post Home