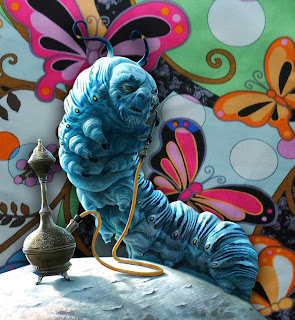 The other night I awoke with a start, finding myself lying uncomfortably on an unknown park bench. It was in the wee hours of the morning and there were bottles strewn about. Two friends that I hadn't seen in years were sitting nearby, on an adjacent bench, but my mind was still wrapped in a dream that I had been having. I looked up at my friends and began to tell them about my dream. It didn't matter that I was on a bench, who knows where, who knows why, I needed to talk about it. The dream I had had was powerful and tapped the inner recesses of my soul. The dream started, simply enough, with me and my wife walking down a cobbled street, winding in and out between kiosks and restaurant seating someplace in Europe or maybe here in Israel. As our stroll progressed, I kept finding myself trapped by dead-ends, while my wife continued on ahead. I would be walking along with her and, all of a sudden, I would find railings separating us, forcing me to hop over in order to continue. Sometimes an overhanging ceiling sloped down and forced me to duck around it or even to have to crawl.

In one of these moments, when I needed to make a decision to crawl back or duck into a stairwell that led to a store, I noticed that it was a small shop that sold woodworking tools. I am a sucker for those, especially the ones from different cultures, so I descended… down the narrowing stairway and into the tool shop for only a moment. My wife would definitely know where I had gone. I was really interested in seeing what types of tools were available in the region we were traveling in, but when I walked into the store, in a most surprising turn of events, I immediately found a clerk and asked him: "Do you sell sheep? I would like to buy a herd of sheep. Can I buy those here, from you?" You see, in that moment, I knew that I wanted to let them graze on the land where my mother used to live, the land that she bought with money that she received from the sale of the property from last week's blog post, land that was meant to be passed down from generation to generation in Northern California; it seemed that, in my subconscious mind, I wanted sheep to graze on this new land that she is still, even after death, trying to deed to her second, younger husband.

Then, in another shocking turn of events, the moment I finished my question, I knew that my mother was behind me. I turned around and, indeed, she was standing right there, in the middle of the tool shop. I was really angry at first and asked her what she was doing here. I said, "You are not supposed to be here! You died!" I told her that she didn't belong in this world anymore. She replied, weakly, "I thought so… but, I wasn't sure… I… am… so… cold…," she stammered. I moved closer to her, noticing the lack of color in her face and slowly, I reached out to her and gave her a hug to try and warm her, somewhat. She said in my ear, simply, "I'm afraid." I wanted to tell her in that moment about Gehenom (the Cosmic Washing Machine for the Soul), about Kapa Kele (the Inter-dimensional Sling-shot that ricochets our Neshama, our Soul, around until it understands the truth of the world. I wanted to tell her how everyone goes to Gehenom, but that for all practical purposes, everyone 'also' leaves there and goes to the Soul Waiting Room, to Gan Eden, to Heaven, but decided to skip to the end and just tell her that she would be alright and not to worry. I gave her an extra hug and then, in yet another shocking turn of events, I woke up on the park bench, as if I was still a disheveled bohemian youth, traveling with a tattered backpack around the US, Europe, and beyond.

While trying to process the dream I had had with my friends, telling them about how deep it was and that it really was my mother coming to visit me, one last time, my son came home from the movies, opened the door to my room, and said that the time had changed. I awoke again… to find that I was having a dream about having awoken on a park bench, processing a dream with some old friends that I had had about my deceased mother. My wife was concerned and started to argue with my son that it was 3:00 in the morning. My son began to debate with her that it was daylight savings and that it wasn't actually 3:00, it was 4:00. I just rolled over and tried to go back to sleep, but couldn't. I couldn't get over the feeling that I had just said goodbye to my mom. It seems that she was buried so deep in my subconscious mind that I needed to navigate to see her in a dream inside another dream…

Maybe, however, that is all life is anyways: a dream inside a dream. I mean, have you ever woken from a terrible nightmare, knowing that it was real, that it was actually happening, and in that exact moment, right as you wake, you are aware that it was only a dream? That must be what it is like to die. There must be a moment of confusion, an overwhelming sense of being whooshed away, removed from yourself, and, in the moment when you are looking back at the shell that you once were, you realize that it was all only a dream. The shell that you are slowly floating away from is only the residue of it, the chrysalis, the pupa. It is an endearing part of who you are, or were, but it is now… just… not you anymore. You are something else that has been there all along, but buried under layers of ego and self-aggrandizement, under layers of justification... If only we had known…