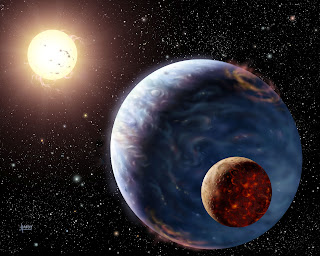 Today I celebrate having lived in the Holy Land for 6 years; that is exactly 6 times that the Earth has revolved around the Sun (give or take approximately .24 of a day x 6). These last 6 years, while riding the steady gyrations of Planet Earth from the middle of the Middle East, my life has changed in ways that I can 'only' reflect on now, meaning: there was absolutely no ability to have any foresight whatsoever on any of it. When I was fresh off the boat and strolling resolutely upon the banks of Ben Gurion International Airport, it had been the end of about one and a half trips around the sun, in which I underwent a kind of process to shed what I had built before, recreating an empty sphere of potential, very similar to the one that I was once born with almost 50 years ago. With this sphere of potential, I learned a new language, a new culture, a new religion, and a new profession. I even got married again to the 'same' wonderful woman! It was definitely a rebirth into the world, as my lips briefly caressed the tarmac after making Alyiah, climbing up to the heights of potential by emptying my ego and all that I believed that I was… before.

Many still wonder what drove me and my family to move to the heart of the Middle East and many more don’t even want to know, which at times can even include me. All I can recall is that I felt driven from the inside, somehow. There was no ‘Let’s move to a nicer place, a better place, a safer place, a more open place, maybe up on the big hill…” There was only the nagging feeling that I was in the ‘wrong’ place and time was running out… quickly. It made absolutely no sense at all! I lived in Boulder, Colorado! I had my own business and a 200 square meter studio! I rode my full suspension mountain bike to work, pulling a trailer carrying my three-legged dog and a laptop on my back! My kids were in the 'best' schools in the country! My wife had a thriving business of her own – run from the house, no less! Life was good, really good, but we all felt something was not right… something needed to shift.

It could have just been a midlife crisis, but that doesn’t account for my 11 and 14 year old son's feelings on the subject. The 11 year old was following suit, to some extent, but the 14 year old was leaving 'all' of his hard earned friends and 'all' of his dreams of what was to come – far – behind. I remember when he met me at Ben Gurion Airport on his bar mitzvah trip that, ultimately, sealed the deal for us all a year before. He ran to the airport entrance, as I arrived, and gave me a big hug, saying, "Dad! We love it here! We are going to 'move' here!!" Now, looking back through the rear-view mirror, I see that it must have all been meant to be. I am sitting here right now, writing a blog post that I could 'never' have attempted in Boulder. Yeah, I still have the woodworking bug and crave a perfectly air-dried chunk of Black Walnut or Bubinga to sink my freshly hand-sharpened Marples Chisel into… and I still visualize the home-made custom / combo Damar Varnish oil glaze as it stretches across a perfectly prepared and painted wood panel, only to eventually crack, ever so subtly, revealing the wonder of time, space, truth, and pure art in the world, but it was not to be… forever.

It must be kind of like living at the edge of dusk on the 6th day of Creation. It feels like that, anyways. Everything is fuzzy and shadowed. I can't quite make out what is moving towards me at, what I am attempting to perceive as a high rate of speed. All I can see is a blur, while the world goes black and then strobes to white-light and rousing truth. I am riding a sphere, standing in the middle of the Middle East. Six years have passed and I am a new person, not perfect, but trying. The cosmic blades of grass are whipping past me, sometimes slicing and sometimes caressing my rosy-red cheeks. Perfection is waiting, just on the other side of Paradox. I am waiting too, just like us all. We are waiting for the truth to reveal itself into the reality that we call ours. We are waiting for it, but… not really.

This week's parsha is Korach (Numbers 16-18), where the Earth opens its fiery jaws, gulps, and swallows the haughty down to the depths of Sheol. We learn that even the mighty (read holy) can fall… and fall harder than the rest of us. We learn that to live at a higher spiritual level can bring tremendous highs and that failure, while living on that level, can bring ultimate defeat. We also learn that, to the very end, we have a chance to succeed in our connection to the Truth – we can leap into the stratosphere and embrace the wonder of Creation. We can embrace God within the paradox of us. We can be… Truth.