Speak, Pray, and the Art of Aiming 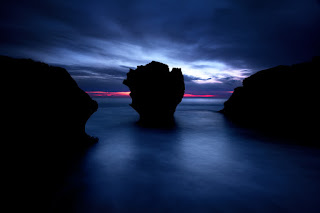 You are what you speak, or at least that is what the world seems to deflect in my direction, as I ponder its pathways and back alleys. We learn that commanding an audience is all about charisma, but what exactly is charisma, anyways?  Now that we have begun the next four years, I just need to comment on how those two guys in suits spoke. It was impressive to get a sense of each by the way they handled themselves in front of a crowd, in their cases, millions… oy. But, in this day and age, it is not only about standing in front of others, speaking with authority and miming the proper hand gestures, indicating ‘power positions’ with flare and candor, it is also about the communication that enables the entire world to operate as one: digital communication.

We spend hours with emails, social networking, blogging, and just general dialog on the Internet. How ‘do’ we personify a charismatic presence with our digital persona? How ‘do’ we market ourselves in the digital age? Many just choose to ignore this and attempt not to design their persona at all. And even more seem to just look at the bottom line and let that indicate the path to take, instead of looking to the 'potential' bottom line and then… aiming.

Charismatically speaking, we all know that charisma is a combination of voice, appearance, body movement, and content, but what about those people that exude charisma without saying a word or indicating a gesture? We have all met people like that and it is usually a mysterious and thought provoking experience. Back in the 90's, when I first saw John Travolta in my apartment building elevator in Los Angeles, we met eyes, but didn’t say a word. I remember thinking to myself, “Do I know this person?” He looked familiar, but I just couldn’t place him until the ride ended and we parted ways. Then I remembered… feeling foolish that I kept staring at the guy. He must have thought I was just a hapless tourist debating asking for an autograph, instead of a neighbor who unknown to himself had recognized a movie star and was plumbing the depths of his mind for a forgotten memory, maybe past-life, maybe just a result of very early onset senility. I was responding to an unspoken energy, an energy that rode on a cosmic wavelength that ended with my ability/inability to tune, aim, and then perceive its vibrations.

It can go the other way too: I once sat at a table with a famous rabbi. He has written many books and if you are Jewish, you most likely have one or more of them on a shelf somewhere. This man was short, with a long gray beard of course, but he didn’t need to say anything to exude that presence that I am referring to.  When he did speak, I was expecting so much that I almost felt let down that I wasn’t elevating off the floor or something. My unrealistic and over-exacerbated expectations had jaded my ability to tune, aim, and perceive. That must be the drawback to having your reputation precede you—expectations soar and the expectees hit the floor…

In this week's parsha, Chayei Sarah(Genesis 23:1-25:18)… um, naagh, I was going to write about how Eliezer, the servant of Abraham,  broke the curse of Canaan by getting over his selfish desires to have his son paired with the daughter of Isaac, essentially mastering his sense of aim, his charisma, but I gotta move on to other (related) stuff.

I prayed the other day. Praying is a strange and beautiful thing. Sometimes it is so flat that it feels like brushing your teeth or something; but, other times… it just pulls you off your feet, where you don't even notice the treetops and clouds meandering by below you and your mind and heart fill with the Universe. In those times, when our sense of time and self-awareness just stops and the paradox of our chaotically blessed existence makes perfect sense, we are given a divine gift, a responsibility to… just be. It can come in many ways, this chaotically blessed awareness of existence, in my case skateboarding, surfing, snowboarding, mountain biking, and yes, praying. I can also see it entering via the sudden realization of a well-placed investment, the look on the face of a hungry child that has just been given a meal, or the sublime awareness of love… waiting in the wings.

Sometimes we live life and sometimes we just ride it. Both paths are amazing and 'way' worth it. We get old, fast, doing either one, but with the awareness of age comes a youth of spirit, a kind of giddy wisdom that tickles our centers, our souls. Ultimately, it all comes down to our intensions. The more we practice, the closer we get; so, speak what you think, think what you believe, pray deeply about it, and aim, baby, aim!