Why am I so fixated on Gan Eden? I mean, what is the significance of the ‘origin story,’ anyways? We’re born, we live, and we move on… or does it end there? Come to think of it, does it even begin before this so-called “origin story” began? Like a Petri dish, it could keep on giving, growing old like compost and again sprouting anew like tiny seeds cracking, exploding into growth from imminent decomposition and death-overcoming, mamesh Noakh-replacing, just another new growth bloom descending. From one dimension to the next, riding the wake of living, life is only a conversation occurring at the fringe of reality, no matter the realm. Tohu’uVohu, as they say, or the fringe of no-thing we can identify becoming all things relevant to being, a ‘satiation’ of living. Gan Eden could really just be the incubator before sprouting, a hiatus ‘then’ birthing, just an awakening into transition. We could all have lived before and once done, will again live, ad infinitum every time. 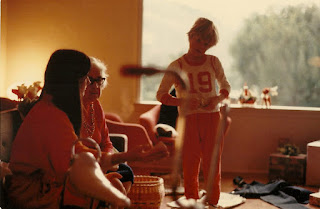 When I bought into Jewish philosophy and thought, I was unaware that the biology-underlying could be part of the bones keeping it living. But I learned quickly … like a flood overwhelming. Born on the second of Mar Kheshvan, October the 30th stretched out to the beginning; surprised, I was then to find, I could ride a wave outside the life I was living. My mikveh emersion exploded a growth of phosphorescence and lore (mostly in my own head), as I coupled my own evolution-traditions into more and more. The roots began to sprout down, growing cyclones up into heavens, and my awareness of living bred ten-fold without even thinking. Like a splice or a graft, my center began singing. The trunk of my tree shrunk down to allow sap-flow all-encompassing. The warmth of the earth building life into soul, spreading entrails out into air and then space, and then just evaporating unto death and rebirth-reliving! 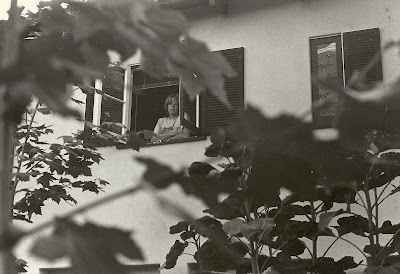 Gan Eden could be only a transition to seeing… Like the day I was born into the world of the living, with mother grieving the loss of our union, a decomposing placenta, washed away like the scraps left from life only being. My birth into life was filled with hope, but tainted with life already shifting. The Petri dish encompassing the planet I was born upon infected my every attempt; at every turn being rebuffed from actual existing. I grew old then and fell into patterns; I grew young and set sail to find transition. Each turn around the system my planet carried me spinning. Time dilating out into thought and then sinking; the roots of my birth went down into earth, feeling their way along into dirt, singing. A world anew, another spin around the time we have left, each new cycle giving hope and each new death anew sprouting. Birth is creation, and life is only the connection between… every ‘other’ time the beginning. Happy birthday, singing…
*All photographs created by my father, Kenneth Tracy Noll, of blessed memory, during my young lifetime.
Posted by DTNoll at 18:30
Email ThisBlogThis!Share to TwitterShare to FacebookShare to Pinterest 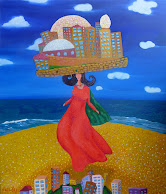