The Shekinah, Corona, and the Tower of Babel 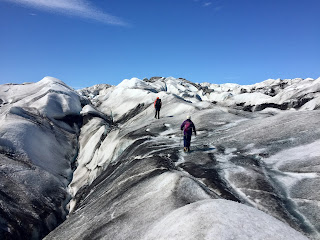 Iceland is melting. At the beginning of the summer my wife and I took advantage of living in Israel by traveling abroad as the coronavirus waned in our country. In Iceland they also had a lull in viral infections, so we hastily made an itinerary and quickly earned our vaccination post-grad degrees. Then we jumped onto a plane bound for Europe. Arriving in Iceland via (a very) German passport control in Frankfurt, we received our campervan and headed to the foot of an erupting volcano. Thanks to wonderful friends in Israel with connections to wonderful new friends in Iceland, we spent our first night near a pasture of horses across from the home of our neighborhood-volcano-guide for the day – such a blessing! This was the beginning of a two week trip "driving the RingRoad," finishing up with the Golden Circle. Our trip included cooling magma, exploding mantle, falling water, frozen trolls, melting glaciers, land dwelling puffins, extinct herring factories, turf houses, the real discoverer of the American continent, moss-covered craters, and even flying water! There was a lot of other stuff too, but we have a long way to go here, so… 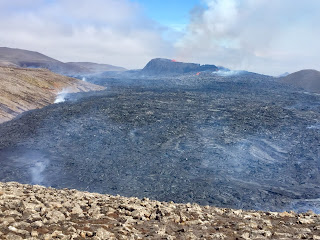 Nimrod is known for his tyranny, probably the first of such in the history of all the land. Tyrants are determined by a check-list, but for the sake of expediency I would like to focus on one aspect of a probable tyrant’s resume – Me. When I have an idea it is totally mine, regardless of where my influences come from. And… that is what I want to say to the world – that it’s mine. We all get caught up in the idea of monetization of such and such, and of so and so, and of all the demerits therein; however, it’s only a temporary flux of evaporation in influence. What “Me” is really all about is MY opinion. What “I” think is what I want others to think; casting my opinion and collecting followers (wink, wink) is what builds MY world into something more than me… with a lowercase ‘m.’ Opinion builds the individual one at a time into giants of none, no matter, just … done. Referentially: “In my opinion…” as I raise my head above others… you get the idea. ‘Opinion’ is a reckless adventure seeking ‘luck’ when there was never really any such thing to begin with. 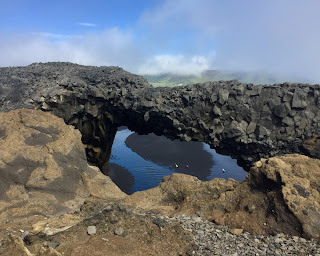 Some may not believe, but for the sake of argument of MY point: God created the world using self-surgery to inflict a finite reality envelope sublimated within the ineffable Infinite. We understand this more readily when using the nomenclature: Mother-Earth (or Shekinah). The world we understand around us is filled with biology and physics, finite reality expressing itself with complete abandon. When God created our realm She split off from Him and She prospered, filling the envelope that They created with all that we know and that now is. We live here, in this place created, all of us, and we seek understanding and distinction, one and all. This is the nature of us in our universe, filled with notions of Me becoming One. 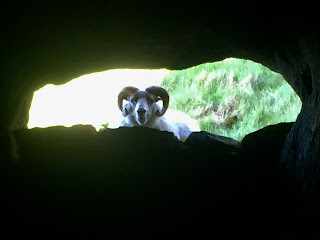 Then we got hit with a damn coronavirus and began to understand ourselves better. The virus stripped away the rough edges of our lives, causing some to pass over and others to mourn their loss, causing others to cling desperately to themselves as … um, what they understood to be themselves was slowly ripped away day after day. This is awareness of My reality experienced, felt much the same as those living and building for Nimrod, building a city to support him aloft, as he convinced us all that we were doing it to be closer to God. What more could we think at the time—that we were doing it only for him? And … if so … what was to become of Us, the royal We?! Our opinions became diverse, many views with One mind, and all because we stopped thinking of the present’s effects on the future, but dwelled upon, instead, the past – I think this because, “It was said by so-and-so (now deceased), so I will stick to my opinion because I know how to be.” But this is just perpetuating a tower built in the past by others, says Me. And that is just My opinion squirting again, you see… 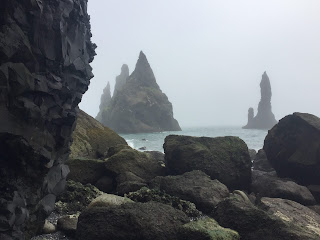 In Iceland talking with locals, one of the explanations I heard about the idea that a troll once waded out to drag in a ship, only to be caught by the morning sun unaware, and subsequently causing the entire parade to be cast into stone for all of time, was that: Icelanders don’t necessarily believe in trolls and people hidden, it has just become relevant in ‘our time’ to attempt understanding of the traditions of old, giving them the respect that they deserve … and thereby keeping them going. This makes the most sense to me, with a small ‘m,’ because the idea is not necessarily an opinion. An opinion would be something like: “If you don’t understand what I’m saying it’s because you are lost and confused, maybe even evil-inclined and selfish beyond my interest in even interacting with you, ever. In my opinion you are beyond repair, flotsam and jetsam for all of time.” 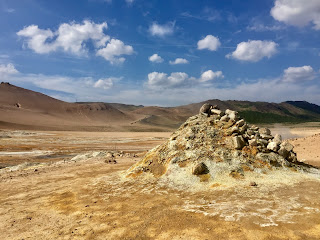 The weather in Iceland was so pleasant that we were surprised. When asking others about it, since we expected to be cold and wet with most everything we did, the locals all agreed that it was not only unseasonable but obtusely perfect for the touring that we were all doing. We were happy in each moment thinking about how lucky we were, but all the time knowing that luck didn’t actually exist. It was only an opinion of those in a moment where things seemed to align, and not reflecting reality of any kind. The Shekinah is perfect, as God is, was, and always will be. All things in all of time have already been calibrated and seen. Luck is only an illusion of ignorance willing happiness or the reverse, building chemicals to inevitably squirt down the line. “Global warming is only a meme!” 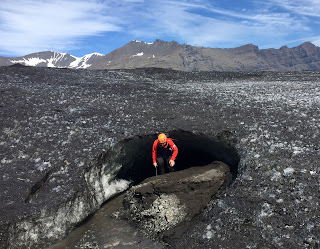 While hiking a melting glacier with our guide, a Bahai man who once lived in his holy land (Israel), between mention of glacier trolls and locals of old that had fallen, but luckily survived, My opinion rose up unaware of my mind down below. I got excited after hearing about the epiphany that occurred by the leader at the time. I got excited about a group of people that all came together to understand that We are all One. But, when I expressed my excitement about it to our guide, he became surly and pained; he expressed thoroughly to me that: “It was not something from men, but from God!” stated all the while with a finger pointing above. And it was true. We all live in the same envelope, experiencing the same Me, so how could it ‘not’ be? In another conversation he said that man may have changed the climate in our land. We can see the record of days come and gone, and today we sit at a time when the current trend just may keep going … melting the world down one degree at a time. 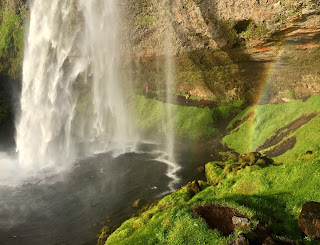 However... an opinion is an attempt to build a tower of Me. Is this from fighting the edges of My known space, or is it an inherent desire to cling to the Originator of our realm? And then more questions are asked with answers not sung… We keep living forward without singing our footsteps; we live in the past. We live there because we knew not to wrestle with each step, while we skidded sliding in over marks made thousands of times—every-time. Looking back is an attempt to build a tower of Me, just like an opinion. Mine. And that is how I know that God is what I think She/He is, Me: the small one wanting to be BIG. 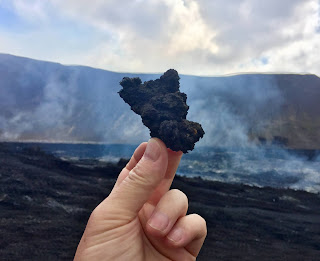 So… I think I’ll just focus on me, the small One. That way, in the end, I might just end up BIG instead. Now, it’s only MY opinion, mind you, but I think Nimrod’s tower may still exist today. Babylon has long since gone, but we babble about nothing day in and day out, all the time. Our voice just seems to have gone. We all seek the One, but in doing so stumble upon Me, or at least MY feet trip under blocks placed before … by me, with a lowercase ‘m.’ That’s how I know we’ll be okay, and that thinking this is not just another opinion. In every new year we have a chance to connect with the real ‘me,’ the One deep inside. If you’re still thinking it is luck, you’re wrong. The beginning is much the same as the end, and it is only time that stretches out between. Tyrants come and go and always will, but each is primed by Me stating MY opinion, again and again. Yes, I agree, this is a lame ending, but: to summarize: We should all just get along, and to do so WE must stop being Me for a moment long enough to be mine. That’s how to be One.

Happy New Year, and may You be written into the Book of Good Health, Long Life, and Pure Joy to come!