Spies, Lies, and the Blurring of Reality 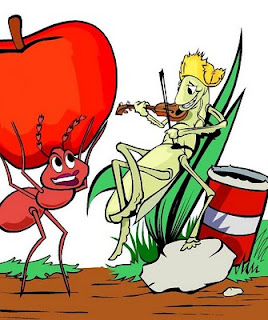 Blurring of reality? Who is to say that reality is real anyways? Look at the current unfortunate Middle East crisis that is affecting the entire world today. Reality tells us that this crisis, in the scheme of international politics, is really not that important. I guess I need to explain:

When you compare the Chinese takeover of Tibet in 1951, the Turks massacre of Kurds and subsequent take-over of their ancestral lands, The violent blood baths that have raged throughout Somalia and other parts of Africa, and all the way back to the first Holocaust, the Armenian Genocide committed by the Turks during and after World War 1 when a reported 3,000,000 people were killed, the little Flotilla raid to keep weapons out of Gaza was really not very important. Just look at the North Koreans and how they killed 46 people after firing a torpedo at the South Korean vessel Cheonan in their own waters (and this is not some dredged up history; it just happened!). Did the world do anything about it? This just enforces my understanding of reality further—based on a history of reality, reality is for the most part unreal…

This week’s Parsha of the Week is Shlach (Send). It includes the story of the spies that were sent into the land of Israel to scout the area. While they were there, Rashi explains that the spies overheard the giants saying, “There are ants in the vineyard that look like people.” What does that mean? I thought they were like grasshoppers, not ants... Long story short, the commentators conclude that ants are creatures that prepare for the future and grasshoppers (locusts) live now. Ants store up more food than they will ever need in their lives and grasshoppers live to eat food every moment of their lives. We learn from this that there are basically two dimensions of life; a kind of duality. Ants are using this life to save for the next life and grasshoppers are using this life to live now.

The twins from Genesis, Jacob and Esau, were like this. Jacob was the ant and Esau was the grasshopper. Esau was destined to master and rule the world. He had all the power and physical might. He lived now, in this world. Jacob, on the other hand, lived now for the next world. He saved and saved, doing good deeds and mitzvot. It is like the shell and the seed, the skin and the organs, the vessel and the light, or the body and the soul.

When the body does something for itself, it feels good and then the feel-good disappears. When the body does something for the soul, it doesn’t always feel good in the moment, but it grows and grows, like the ants food storehouse. When the spies came back and most complained that they were like grasshoppers in the eyes of the giants, they were doomed. Hashem wanted us to be ants, not grasshoppers and only ants, Joshua and Caleb, were allowed to live and prosper in this world and in the next.

Now that we have explored a little fabled philosophy, let’s get back to reality. Do you know how many people have died from violent Muslim on Muslim confrontations in Muslim countries just in the last 60 years?

For You Tube Video, Click Here (When the video is over, click on the back arrow to return to the blog).

If you watched the video, you now know that over the last 60 years, somewhere between 7,640,000 and 11,825,000 men, women, and children have been massacred, murdered, or just plain killed... by extreme Muslims in their own countries.

I have a hard time visualizing any part of that... Why are all the nations of the Earth so upset about a little Flotilla trying to smuggle unneeded supplies through a legal blockade? It doesn’t make any sense when you look at the reality of it. Is there any reality to this? The only thing I can think is that there must be something deeper here.

So, what is the difference between power, material possession, and intellect? These are the essential natures of the three great monotheistic religions on the planet. Abraham was first and embodied intellect, wealth, and power in the world to pass it down to his heirs. Next was his son, Ishmael, who inherited the vast wealth and property of the world. Then Abraham’s son Isaac passed the intellect/spirituality down to Jacob who came into the world on the heel of Esau, who via Edom and Rome became the West with the power to transform the planet into humanities plaything.

We are all still struggling with these inherent natures. Esau, the shell/skin/vessel/body in the world wants to run the show without Jacob, the seed/organs/light/soul in the world. The vessel claims to be the contents of the vessel from ego and fear. The claims by the western countries that Israel’s Flotilla raid was not OK have nothing to do with reality, as we can all see... It is the shell/skin/vessel/body claiming to be the seed/organs/light/soul. Jacob can’t connect the world to Hashem without Esau and in the meantime, Ishmael is spreading, true to his nature, throughout the world.

In Hebrew, Ishmael means Hashem-hears—Shma (hear) El (one of Hashem’s names). Muslims don’t transform the world, they make more Muslims. The West doesn’t covet converts, it builds power bases with capitalism, the reward of fame and fortune, and ends up just growing bigger and more hollow, but it can never take it with it, and it knows deep down the truth of this. The Jews are Jacob in this world with the responsibility to build the relationship between Hashem and His creation. Sadly we can see that when none of us are doing any of our jobs in the world, Ishmael is able to get a word in edgewise.

It is up to all of us to stop trying to fix the broken reality that we think we see and get real with our true natures. Just like a tree needs a seed to grow and a shell to protect the seed, we need each other. Peace on Earth is only a small step away from our egos, directly into the depths of our souls. When we start to pay attention make a little noise together, the Muslims will have a lot harder time getting that (edgewise) word in.