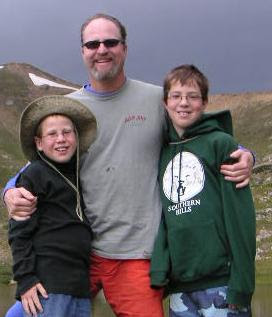 Oh yeah, picking up the pieces from all night, scantily clad, squeegee fun, brain-dead computer zombies gnawing at my entrails, and precious green mold gently deriving nourishment before becoming pulverized into oblivion along with whatever was left of my mind.

Zach texted me the other day while I was at work. He wrote that I should not throw away the mattress because it needed to dry out. So, what goes through your mind right about now? I thought immediately that there was another flood. Then I thought that his bed never really dried out from the last flood. Then I thought about the old stinky wet queen-size mattress that I had seen up the street in the garbage. Guess which scenario it was? I texted him back that he was not allowed to have a big bed in his room. Yeah, I know... “But Dad, all my friends have a big bed... What is your problem? My bed is too small!”

Mayhem ensued, of course. Adele said that she didn’t agree with me about the big bed thing but, in the end, she agreed to support me because it was stinky and from the garbage. So now the mattress has been moved around the corner, but still in front of the house, sitting in the sun—on the good side, Zach was accepted into the officers training course for the Navy. If he makes it through boot-camp, he will then spend the next 5 years as an officer on a boat and get out with a bachelors degree in... something. I told him that he can have a big bed when he is in the army to which he replied, “You said I could when I was 17!” Yeah, yeah, yeah, it is still my house and my rules. I can change my mind anytime I like. (I am just fooling myself that I have any say whatsoever in anything anyways so don’t you say anything!)

Josh, after a particularly severe melt-down (we are talking a 2 year old variety with a 20 year old vocabulary) with regards to computer time management, decided to really get us. We locked him out of his computer and he decided that the best way to get it back was to appeal to our sense of empathy as parents. He crashed his skateboard into the curb and broke his ankle and big toe (or so we were led to believe). He spent the next two days hoping around with, no school, no computer, and NO CRUTCHES! We are such bad, bad parents!

Yeah, more mayhem ensued... eventually we were guilt-ed into finding a place here that is like a medical library where you can check out things like crutches. He was so happy to have the crutches and we spent the next couple of nights adjusting them and detailing them out with cut tennis balls for traction and everything. You should have seen him when he went back to school. He was just shining as he hobbled down the path to meet the bus. Eventually he was driven to another town for x-rays and when we all found out that there was no break, he was happy as a clam just to walk around like it never happened to begin with. So what should I have done when the school nurse called me today to tell me that he was accidentally sprayed in the face with pepper spray?

Let’s just move on to mold... actually, I am feeling a lot better now, Baruch Hashem!
Posted by Dnoll at 17:07
Email ThisBlogThis!Share to TwitterShare to FacebookShare to Pinterest
Newer Post Older Post Home