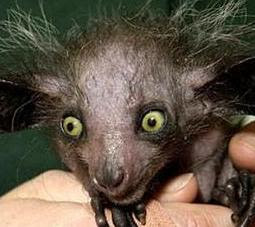 Yup, if you remember from a while ago the shitaphone, you know it isn’t good... We just had to do it again, didn’t we? When I went to bed on Friday night, I was feeling pretty good. I was really getting into Shul and was feeling real connected to Hashem and my community as well. We had just come through the High Holidays and I felt really great! I, maybe for the first time ever, really explored the inner recesses during Yom Kippur. Rosh Hashanah was also very inspiring. I was ready for the next year with all kinds of zealousness and zeal. I even did tashlich in the little mayan that feeds the Roman bath house ruins by our home. Sukkot!!! We were in J-town for the festivities and I davened at the Carlibach minyan in the Old City too; just for good measure but, I digress.

So, we have all been praying for rain and this year we were answered with quite a storm. This was a storm that not only wet the parched ground, but filled the coffers a bit too. I wasn’t really expecting it but when it hit, the storm was, in hindsight, more than just water. The energy was intense. OK, OK... Let me just share a little about my life here recently in the Promised Land.

We are really trying hard to sort out the whats, ifs, buts, and maybes with that little tike. It started with frothing insistence on having my credit card for the appropriately named, WOW, online game World of Warcraft. Because Zach decided to start playing on the Israeli server with all his friends here, He changed the (shared with his brother) membership. This meant that Josh’s characters, that he had spent all kinds of time and money creating, were no longer accessible! So, rightly so, Josh wanted my credit card to purchase his characters back on the American server, where all his friends have been playing. At least that is the story that I can piece together from my, advanced in years and not experience,... experience.

I ended up giving Josh the card and the boys worked out some kind of a share the expense deal (yeah, I am still paying for both accounts but, maybe we will get to that a little later). Things were going fine for a while. The kids were just finishing Summer and starting to get back into school, which doesn’t really start until 2 months after it starts; don’t ask...

It was time to put the clamps on to encourage the most perfect of joints, the dovetail! We found it necessary to purchase a program that measures and keeps track of all that blurry eyed computer time! We were going to dovetail it all together and get things moving in the right direction, right out of the gates.

It was pure hell. And then it seemed to get better; but only seemed to. Josh downloaded a program to hack the password and then proceeded to... well; let’s just say it isn’t pretty.

Speaking about our life here in the Promised Land,

We went to bed on Friday night, full and content, and were woken in the middle of the night by Josh (he does that fairly recklessly and consistently), “There is a flood!” We roused ourselves, as usual, and discovered that... there was a flood! I threw on my underwear and went racing around the house to see where it was coming from. I followed it up the stairs and into the bathroom. Nope it wasn’t the bathroom so; I knocked on Zach’s door. It was locked. I knocked again. “What...” came from behind the door.

“There’s a flood, open up,” I said. The door opened and Zach turned on the lights. Standing in my underwear, I looked up and saw, surrounded by a sea of floating flotsam and jetsam, a semi clothed girl retracting up under the blankets into the corner of Zach’s bed. I couldn’t deal... I ran out onto his porch and found the culprit of the shitaphone. The leaves had blocked up the drain, again...

We spent the next couple of hours trying to squeegee the water out the doors. I was soaking wet from the downpour of rain and wading through ankle deep water on the merpeset, Zach’s room, the hall, and all the way down the stairs and right through the living room.

Talk about a shitaphone, (flood or crap-call, depending on your mother tongue).
And what’s more, I hate it when Israeli’s say, “yeheah beseder...”

How about, “hang in there baby!”