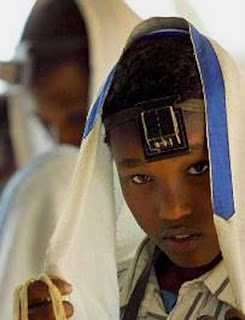 What’s the red stuff you may be asking…? Well, I will get to that later. First I want to talk about the Ethiopians in Israel. There was a little get-together that was held at my house this week, in which two tall, thin Ethiopian gentlemen discussed their experiences, culture, and difficulties both moving to ‘Jerusalem’ from Africa and living in ‘Jerusalem’ as well. I say ‘Jerusalem’ because that is what they call Israel... ‘Jerusalem.’

Back in Ethiopia, there were Jews, Christians, and Muslims all living together in neighboring villages and in a neighborly way too. This is how these gentlemen described their lives in Africa—that they shared what they had with each other and lived in peace… once upon a time.

History tells us that the Jews of Ethiopia were once made up of half of a million people. They ruled the mountain highlands of Gondar that surrounded Lake Tana and called themselves Bay’ta Israel (the house of Israel). The heights of Jerusalem have, for centuries, inspired their prayers and their memories, all in the divine spirit of the Torah. They lived in their thatched roof mud-huts, a remnant of bygone princes and kings and their neighbors cal 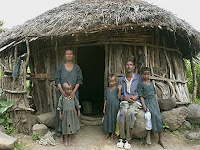 led them Falashas, the alien ones or the invaders. For hundreds of years, civil and tribal warfare racked their communities, ending in starvation, violence, anti-Semitism, and political and social oppression.

The Ethiopian Jews are said to have arisen from many origins; including, the lost Israelite tribe of Dan who were the descendants of Menelik-the-First (the son of King Solomon and Queen Sheba), converts from Christians and pagans, Jews that fled from the destruction of the First Temple in 586 BCE, and/or all of the above. Regardless of their origins, when they fled their homes in Ethiopia, t 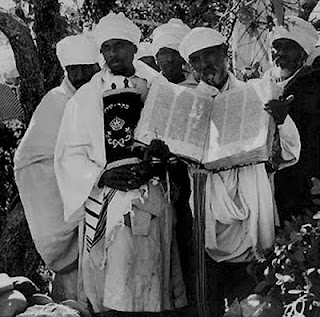 hey had long since lost the Oral Tradition (the Mishnah and Talmud) that Jews around the world follow to explain and understand the Written Tradition (the Five Books of Moses). They always, however, wanted more than anything to make Aliyah to Jerusalem. As these beautiful gentlemen told their story of schlepping everything they owned, hiding from pirates, murderers, and terrorists, walking through deserts and mountains without food or water, and losing most of their family, outright, to tragic and violent deaths, I began to wonder how I ever thought that moving to Israel was difficult in the least little bit for my family. These people have been longing and yearning for Jerusalem for thousands of years and I just decided to get on a plane, pack all my stuff in a big metal container, and move into a beautiful villa on the Mediterranean Sea…?!

When I was still in Colorado I had just about everything that I ever wanted. I had a growing business, I was up to date on all the newest fashions, books, and movies, and could eat so many different kinds of cuisine in so many posh restaurants that even bulimia had become an accepted, albeit hushed, cultural norm in my society. I drove a Toyota Tundra Double Cab pickup truck to work (when I wasn’t riding my full-suspension mountain bike with a laptop strapped to my back) and I had a 2,000 square foot woodshop with a custom paint-spray booth and every tool you could imagine. We were living large both at work and at play. I took my Toyota to the local mountains, plowing though rain and snow, to snowboard until I could barely stand up, only to drink myself to sleep at the local ski-bars. What was the point? That is exactly what I was asking myself when we came to ‘Jerusalem’ for my son’s bar mitzvah and decided to stay. What was the point of all that convenience, comfort, and ultimately directionless living?

In this week’s parsha, Toldot (Genesis, 25/19) we read about Esau and Jacob duke’in it out in Rebecca’s womb and beyond. Esau becomes a big, hairy, red oaf of the field and Jacob grows up to be a little, complicated, and intelligent dreamer of meaning in the world. The story goes that, one day Jacob makes a stew and when Esau comes in from the field, he says to him, “Pour into me, now, some of that very red stuff, because I am exhausted!” What a bizarre thing to say! The Rabbis explain that Esau, having come into the world first, is due his birthright up until this point. When he lowers himself with this base level of communication, he is essentially inventing himself anew. He already gave away his birthright before Jacob uttered a word about any deal to become the inheritor of his father’s blessing. When Esau opened his mouth, he had already descended into the materialistic desires of the physical, to be comfortable, and at the expense of his true self, his soul. This is the nature of power in the world. To maintain the feeling of power, a self appreciating environment needs to be nurtured and supplied with reminders of its self-importance. When we have materialism around us, it bolsters our false sense of whom and what we are. We ‘feel’ powerful, like we are in control; except that the feeling is only temporary, which drives us to collect more and more.

Guess what color my fancy Toyota pickup was? Yup... it was red. I had existed perfectly fine for years with hand-me-downs and junkers, all of them white. Sometimes I was challenged with break-downs, but besides that, I had a lot of fun and adventure. Why, all of a sudden, did I feel the need to spend a ridi 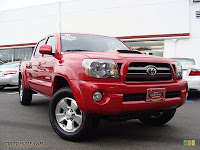 culous amount of hard earned cash and $367.50 a month on the payments for G-D knows how long, just so that I could drive around in this big red machine, sucking up gasoline, and wasting my most precious commodity, my time?

I will tell you why. Humanity has given itself a plague of insatiability. We are in constant search of the next thrill, spill, chill, or pill and ultimately we experience these thrills at the expense of our true selves, our souls. The more we look for the next distraction, the less w

e feel real. If we could only be thrilled by wisdom and knowledge instead of possessions, thrills, and materialism, we could turn the tide on humanities plague—as King Solomon said, "If you desire wisdom, as if it were money and buried treasure, then you'll find it!"

Humanity has been steadily melting into Esau for eons and driven by a lust for power, money, and comfort, all we seem to be aware of is the wax that we were once made of. As we melt together, becoming one mushy mess of self appreciating goop, let’s try to, instead, see the brilliant candle that burns from our souls, from the soul of humanity and that truly describes who we are. Maybe then we will be able to appreciate life, in all its intricacies, and really start to live. I think humanity has a lot to learn from these tall, beautifully simple Ethiopians. I can only speak for myself when I say, “I wish that I hadn’t wasted so much time trying to impress myself...”