Sometimes, You Need to Leave Your Brain at Home… 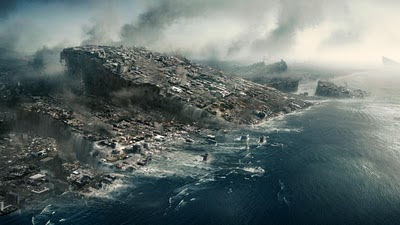 Since the coming of the New (Secular) Year is right around the corner, I thought that I would look into the history of calendars around the world... a bit. Of course, the first thing that popped into my mind was the Mayan calendar and its apparent evaporation into nothingness in the year 2012 (and now it’s a major motion picture!). I have not seen the movie yet, but wh 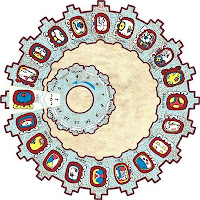 en I started researching calendars, I saw a funny little video review and that is where I got the title of this blog from! I guess the whole idea behind the movie is that the world is coming to an end and there was really no purpose at all for it to have existed in the first place… or, something like that.

Um… I beg to differ. I mean, how does that make any sense at all? The ‘official’ text that describes the movie goes like this: The end is nigh in this apocalyptic disaster film that mixes Christian values, Mayan mythology, and scientific theories about polar shifts. When four strangers journey into Mexico in 2012, they are drawn into ancient mysteries that foretell the coming of the End Times. OK, so the ‘Mayan mythology’ sounds good and ‘the scientific theories about polar shifts’ also sounds interesting, but I am not sure what it’s talking about with the ‘Christian values.’ What are Christian values, anyways? My understanding is that they are based on Jewish values (I could easily be wrong about this) and that is why they say, ‘Judeo-Christian’ values. Let’s just skip right to ‘Jewish values,’ so I am less likely to stick my ‘proverbial – end of the world’ foot in my mouth!

Calendars are an amazing thing that we don’t really give credit to for how we look at the world on a daily basis. I remember when I was in school that the calendar was dated BC and AD, meaning ‘Before Christ’ and ‘Anno Domini’ (Anno is Latin for ‘in the year’ and Domini is Latin for ‘of our Lord’). I guess they hadn’t discovered the zero yet, so the year AD-1 immediately follows the year 1-BC. Nowadays it is not PC to use these abbreviations and they have been changed to (quite pompously, as if they were always that way) BCE and CE, ‘Before the Common Era’ and the ‘Common Era.’ To me, that is kind of a joke. In essence, it was a way to take god-notions out of the schools and our lives, engineered by the secularists, separatists, atheists, and PC activists of the world. Why didn’t they just say something like, the year, 4.54 billion? Or even, 4.54 × 109 years ± 1% if you want to be more accurate? I mean, according to the ‘almighty’ Wikipedia, the age of the planet is based on (empirical) evidence from radiometric age dating of meteorite material and is consistent with the ages of the oldest-known terrestrial and lunar samples. What more could you ask for when looking for a calendar?

I learned a story about Russia, when it was still the USSR, that when they were first building their country, they tried to change the calendar to a 10 day working week. Talk about Metric! Suffice it say, it didn’t work. Their concept was to completely take the idea of a god out of the picture, leaving only the ‘State’ in its place, and since the western world only used a 7 day work week, based on the Jewish concept of Shabbat of course, it had to go. Productivity was supposed to rocket through the roof like an ICBM, but instead, it went south like Cuba, so they changed it back. I guess they didn’t know about the 10 plagues or the 10 commandments or the 10 men in a minyan, or the 10 sayings of Creation, or... on and on...

So, while we are on the subject of Shabbat (the seventh day), the Jewish calendar happens to be based on the number 7 too. Day one started when G-D said, “Let there be light,” and day 7 (metaphorically) begins in about 229 solar/lunar years from now on the Jewish New Year(Rosh Hashanah and Adam’s birthday), whic 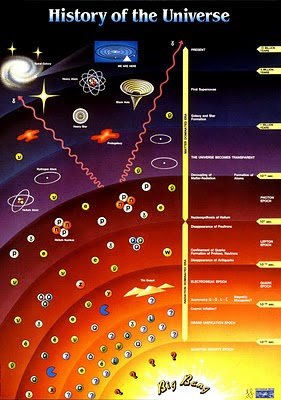 h will be the year 6,000. I know, I know, maybe you are asking, “What about the time that came between day 1 and when Adam and Eve were born, day 6, in the Bible?” You might also be asking, “What about the 15 billion years that science says that the universe has been around?” MIT physicist Dr. Gerald Schroeder has offered this explanation from his book, The SCIENCE of GOD:

“The approach that the ‘six days were really six epochs’ has scant biblical basis. Ancient commentaries, those written millennia before the discoveries of paleontology and cosmology disclosed any hints that the universe was billions of years old, state definitively that the six days of Genesis were twenty-four hours each, the total duration of which was ‘as the six days of our work week.’” OK, that means that the ancient commentators all agree that a day is a day is a day! So, now Dr. Schroeder goes on to explain, “To measure the age of the universe, we look back in time. From our perspective using Earth-based clocks running at a rate determined by the conditions of today’s Earth, we measure a fifteen-billion-year age. And that is correct for our local view. The Bible adopts this Earthly perspective, but only for times after Adam. The Bible’s clock before Adam is not a clock tied to any one location. It is a clock that looks forward in time from the creation, encompassing the entire universe, a universal clock tuned to the cosmic radiation at the moment when matter formed. That cosmic time-piece, as observed today, ticks a million million times more slowly than at its inception. The million millonfold stretching of radiation since bohu (formlessness) 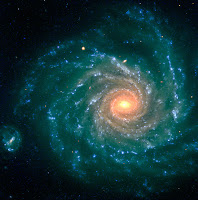 caused that million-million-to-one ratio in this perception of time.” And then Dr. Schroeder goes on to show the math formulas that show the exact stretching of space-time since the beginning of the universe and how we perceive that time here on Earth, or in other words, 15 billion years of universe space-time = exactly 6 days on Earth! I guess you got to read the book...

What is interesting to me is that more people don’t know this... It seems to solve a lot of discrepancies between science and theology. Well, now we are broaching another topic, the topic of freewill, and I will save that for another time. What I want to do is to tie this into the parsha of the week, Vayechi (Genesis 47:28-50:26). I was reading something today about how Rashi explains that Jacob, when blessing his sons, in his final blessing included every son in each other's blessing. So all the brothers, explained the example I read, would be blessed with Judah's blessing of the strength of a lion. The Maharal of Prague goes on to say that Jacob's final blessing didn’t make the brothers equal in every area; but, each was strongest within the area that he was originally blessed with. So, what does this 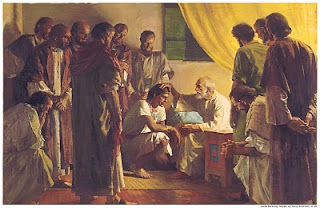 mean for us humans and our calendars? I think you are getting it now... Each culture has its own special qualities, but we all share the desire to understand the universe and our place in it, whether it be by measuring space-time, radio-carbon dating rocks, reading the ancient masters significant works, following our leaders with pious faith, watching and interpreting the stars, or pondering the beginning and maybe the ending of time in evermore unorthodox ways. Deep down, we are all looking for meaning — accept maybe the Hollywood Mayans. Or, I guess they could have just run out of chalk... actually, darn it, I think I might have left my brain at home again!