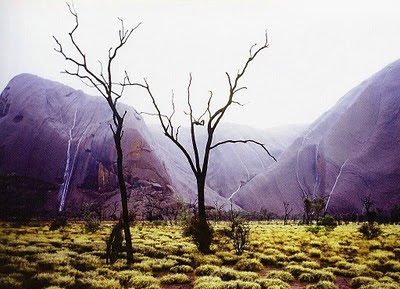 I was running, all the while, looking over my shoulder, trying to get away — trying to hide from the searchers. I seemed to be better at moving quickly over high platforms and structures in the slippery rain then they were. I bounced and jumped, using previously unknown by me gymnastic abilities, trying to elude pursuit. I didn’t know why they were chasing me; I just knew that I ‘could’ get away and then I landed in the mud, sinking down to my waist. By squirming and rolling sideways I eventually freed myself, I found it was difficult to move and slow-going through the mud. Moving horizontally, rolling and inch-worming, I began to make some slow progress, trying not to sink back in. This also presented me with the opportunity not to be seen by those that were searching from above. The mud was like camouflage as it covered my clothes, hands, and face, and I slipped and flopped stealthily across the rain-pocked field of mud. I was brown and amorphous like the wet earth when I emerged on the other side of the pit.

Then, in a matter of moments, after the pouring rain washed me clean again, I began to care for a small disabled boy that I realized was standing to my right side. He wanted to play with some little colorful toys that were beckoning from a tall pointed rock nearby and I helped him climb the rock without slipping back into the mud. He was small and happy. He had a really flat head, like a brick had been roped to it from birth, leaving a misshapen cranium. I knew what was supposed to happen next, even before it happened. I needed to introduce the young disabled boy to my mom, who was not feeling well and standing, waiting, on the opposite side of the rock. I knew, she knew, and I knew that she knew, that she needed to care for the boy. We both knew that I was capable of caring for him, but it was not my responsibility. I had been both running like mad to get away and trying desperately to take on this responsibility at the same time... for a long time.

When I awoke from the dream I was having that morning, I didn’t feel very well. I had been tossing and turning all night. I kept waking up and looking out the window to see how light it was. It was cold. I wanted to get up, but was trapped by the warmth and comfort of my bed, so I tossed and turned and dreamt strange tales built from inner dimensions. When the light finally peered into the window, it was too late. I had already dredged up my unconscious mind and splattered my consciousness with both blessings and curses from the pit of mud just under the surface of my perceived reality. The funny thing is, I learned a lot about myself, huddling in bed that cold morning. I realized that I am currently squeezing though a kind of experiential tube. When I left my childhood home and moved into the world, I was setting up a precedence that would repeat itself time and time again. There always seems to be an experiential constricting, like being trapped inside a hot air balloon as the pressure builds and it inflates, followed by the ultimate freedom of being excreted as the balloon pops, spraying my central consciousness into the newly created universe. Constriction is difficult, suffocating, and stressfu 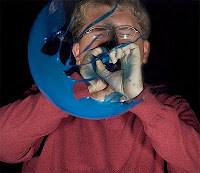 l. Excretion is always the release after the formation, the embodiment of freedom and the release of the created into the vastness of possibility.

Think about it. When you have a great idea, it is usually after some sort of planning or processing that occurs. We all wake in the dark of night with inspiration, but that is really after our minds have had the opportunity to settle and let all the pieces fall into place. We all have those moments and it is those moments that we continually try to find or create in our ‘regular’ lives. Think about it. ‘It just occurred to me,’ ‘it was a flash of inspiration,’ ‘it all lined up perfectly,’ and even ‘it was love at first sight,’ all equal that excretive explosion into the universe as the warm, constricted womb of a balloon pops into birth and then births into being, the next step. 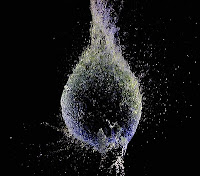 In this week’s parsha, Bo (Exodus 10:1 - 13:16), the Israelites are leaving the slavery of Egypt after 210 years away from the land, the Holy Land, that Hashem promised to give Abraham for the Jewish people. This pop was a prototype pop for nations of the world. The same type of pop occurred when Adam ate from the tree, when Cain killed Abel, when G-D confused the language of mankind into the 70 Nations, when Moses struck the rock, and on and on through both Holy Temples’ destruction on Tisha’beAv, the Diaspora, the return by the Jewish people to the Land of Israel after 2,000 years of exile, until in my dream when I realized that my mom was standing behind the rock in the rain. Maybe I am making more of it than it really was, but it did send me into a funk after I awoke that morning. I haven’t reached the freedom yet, I guess, but I think that I can see the luminous plastic shimmer, as the re

verberations pass through the flimsy walls within which, a portion of me has been gestating.