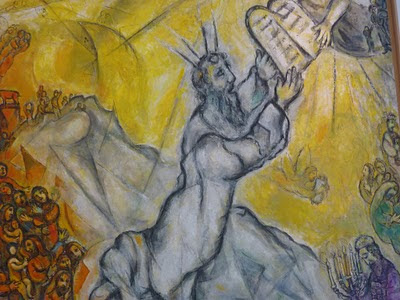 My mind is quite sharp, but only at night. I roll over speed bumps with my face in the window. Upside and down-sized, backwards and forerunner, I fall down the hole and stand up tall. Under the grass, I watch the sky, which tick-tocks and sways, between tomorrow and yesterday. The style of today is far too farfetched, as I nod off another spin off, and my dreams are too busy, but nothing is done — apart from the moon.

Jet lag is a very strange business... It is 4:39 in the morning two days after arriving home from my whirlwind homecoming trip to California. I woke this morning before four, no longer dreaming, but thinking. I started to mentally swagger and then to stumble over my to-do list that I forgot. I didn’t get any garlic salt when I was in the States. I forgot to buy deodorant...

It popped into my head, the knowledge of reality, and I opened my eyes, to see the darkness again. When Hashem came to the nations of the world, He asked them each, one at a time, “Would you like my Torah?” The Torah is the plan for the universe, but each nation was more concerned with what they could not do, once they accepted it. The nations of the world asked if they could steal, rape, and pray to gods of stone and of wood, and Hashem moved on to the Jews.

The Jews have gotten a bad rap for claiming that they are the chosen people. In actuality, the Jews are not chosen by God first, but chose God before. When God came to the Jews and asked them if they wanted His Torah, they replied, “Nassey ve nishma (we will do and then we will hear).” There were 2,000,000 Jews at Mount Sinai and they all witnessed God. There is only one other group revelation that has happened in all the history of humanity and that was for Hindus. They saw their deity and then were promptly killed — all of them, which begs the question, ‘How did they know what had happened in order to pass it down through the generations?’ The Jews have been telling this story for 3,500 years, from one family to another, from grandfather to grandson; they all have the same story — that the Jews chose God over the insanity of unreality.

When does anyone ever promise to do something before hearing what it is? On the plane I saw a movie called I-Robot (based on the books by Isaac Asimov). In the movie, Sonny the robot cannot break the three laws. The first law is that a robot may not injure a human being or, through inaction, allow a human being to come to harm. The secon 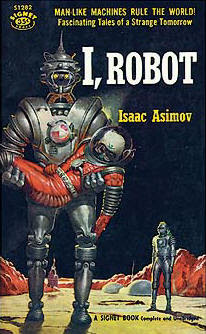 d is that a robot must obey any orders given to it by human beings, except where such orders would conflict with the first law. The third is that a robot must protect its own existence as long as such protection does not conflict with the first or second laws. Sonny breaks these laws when he is asked by his maker, a man he calls Father, to throw him though a plate glass security window, beginning the movie with the death of the maker. Sonny is tormented by the knowledge that he killed the maker, he killed his god. He says at one point, “But, he made me promise, before he told me what it was that he wanted me to do...” This is essentially what the Jews said to God. We will do what the Torah says and then we will hear what it says. This is why we understand that the Jews chose God, and then God chose the Jews, just like in the movie, the maker provided Sonny with a choice and the wisdom of the nature of the choice is shown in the end of the movie, when a robot revolution is averted and the creation of a sentient species of mechanical men is completed.

Just like Sonny, I am floating between worlds, between realities, and between revelations. In essence, being jetlagged, my awareness is awake when the world is asleep and visa versa, leading to the blurring of my perception of reality. I dream of reality and wake to a dream. My soul reaches out to the Creator and He asks me to trust Him. He asks me to remember when I was standing at the foot of Mount Sinai, agreeing to do and then to hear. I feel that I am lagging ahead, with shoestrings unattached, my mind racing backwards, to see what is beyond. High below the mountain, of smoke and of fire, I utter my to-do list, without hearing a sound. My mind is quite sharp, in the night and in the day. It races ahead and I utter a sound, to break up the silence... and sing out to God, I will do life, and then I will hear it!