Birth in the Desert 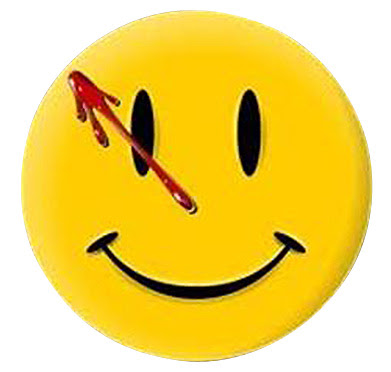 On Friday morning last week, my son Zach called. He had been engaged in a weeklong battle to become the best of the best in the IDF. This is a powerful test in which a young man becomes more than a man, he becomes a leader of men, and to do this, he first needed to find himself. He tells us that it was a struggle that spanned the width and breadth of his entire being. He was tested to such limits that the inevitable opening occurred, a small beam of light penetrated from the keyhole of his inner being. He stood face to face with his soul. He had nobody but himself and his connection to the Creator to rely on. In that moment, when the walls of superficiality and false ego-driven fecundity were evaporated into dust and nothingness, Zach flipped a switch in his mind and briefly knew who he was, or more so, what he was capable of. This, my friends, is the perfect segue into not only this week’s parsha, Kedoshim (Leviticus 19-20), but Pesach (Passover) as well.

When Zach was born, I remember trying to help my beautiful wife bring a new life into the world, all the while knowing that I was just a second wheel desperately trailing a unicycle. All I could do was to hold her hand and be ‘there’ as much as I could muster. When we came home from the hospital, she had been in labor for an unusually long time and was absolutely glowing, but for all practical purposes a walking zombie. Baby Zach was kvetchy as ever and they both needed to sleep, so I took Zach into a different room and lay down on the floor with him resting on my belly, which seemed to calm him down. I decided to stay like that as long as I could, so that my wife could sleep, but I was afraid that I too would fall asleep and roll over onto Zach. I was able, in the end, to stay awake, but only from pure amazement of how miraculous, small, and absolutely helpless Zach was, lying there on my belly; he was absolutely dependant, for his very life, upon his parents to provide for him. Zach, on that first night of his life, just seemed totally unreal to me, but he grew up to be more real than I could ever have imagined.

Towards the beginning of this weeklong test that Zach endured, when he flipped that switch in his mind, he turned a corner that leads to greatness. This is not greatness on a human level, even though we see this in its after effects; this is greatness in the sense of being closer to the Creator, able to see a Divine truth in the Universe — the truth that we are, each and every one of us, a partner with God in the ongoing creation of the world.

This week’s parsha, Kedoshim, starts with God speaking to Moses and saying, “Speak to the entire assembly of the Children of Israel and say to them: You shall be holy, for holy am I, Hashem, your God.” So, what is ‘holy’ anyways? I think we can all agree that it is different from regular, even elevated towards a more spiritual realm, and we have all had moments that just felt like divine intervention or divine providence in the world. We often try to wave it off as pure coincidence, but when we let our deepest mind wander, it can go to a secret place deep down that shows us that there is true meaning connected to these events.

Pasach is a time when the world is going though a cyclical wave of divine influenced faith. It is a time of elevation from the lowest of lows, slavery in Egypt, out through the birth canal of Yam Suf (the Red Sea) and into the midbar (desert). The desert is a place of pure reliance on God. There is no food or water, no shade or cover from the hot sun and freezing nights. When the Israelites left Egypt or Mitzraim (‘a place of narrowness’ in Hebrew), they had to suspend everything that evolved from themselves. Anyone still clinging to a shred of ego was left behind. Only 1/5 of the Jews in Mitzraim left into the desert with Moses; the rest stayed, assimilated, and then promptly disappeared.

I don’t blame them. It must have been the hardest thing in the world to drop everything and run into the desert with nothing but an overwhelming desire to grow spiritually. Faith is all that they had. Each and every one of the Israelites must have reached deep down inside and found that place, that switch, flipped it, and directed their lives from that place. They were helpless on every level and the only thing that helped them survive, to this day, was their faith. They had faith that God would feed them, cloth them, and protect them, Just like baby Zach must have felt while sleeping on my belly the first night of his life. All he could do was to have faith that I was there for him, on every level.

So, when Zach was standing there, face to face with his soul, during this weeklong test, I think that he must have tapped into that place the Israelites did 3,500 years ago. Zach was face to face with himself and could see the light of the Creator through the keyhole. All he had to do was to flip that switch of faith, put one foot in front of the other, and give everything he had and more over to the as yet un-perceived. He had to have faith in himself, his abilities, and his connection with the Creator to succeed.

This moment in life, regardless if it is that last burst of energy at the end of a running race or sublime intuition about something dear to you, is in essence that keyhole of light shining out and telling us that there is something else, maybe on the other side of the door, that we cannot necessarily see, but that we can feel deep down in our genetic knowledge. When we can tap into that spiritually driven place and ride it a little higher, propelling ourselves and our immediate environment just a little more, a little harder, when we finally see the invisible effervescence of the jet-wash as we travel by, it could be understood that we are approaching what holiness is supposed to be for us and then, and only then, can we know that faith is only difficult to comprehend before it has come to life within us.