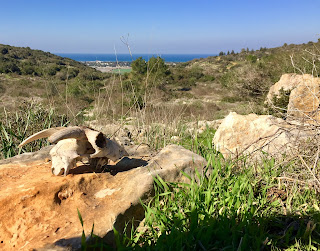 Last week, when I was struggling to get the latest blog entry posted, I tried everything I could think of to get the stupid paragraph breaks to happen. I copied the thing over and over from the Word document that I had been steadily adding to over the week, first the whole thing, then just each paragraph, then editing it in Blogspot, then doing it all over again… oy!

In general, I try to get each blog entry out onto the ‘net-waves’ by Thursday evening (here in Israel), so that the latest and greatest blog-entry will arrive before Shabbat, even as far away as Japan, which by the way (and inexplicably so), has the third highest Brave New Land enthusiasts statistics behind the US and Israel. They are even pretty far out in front of Canada and Germany, who also hold a high place in the stats. Anyways, it was so frustrating that in the end, I just posted it along with a ‘disclaimer’ (through certain venues) stating that I was experiencing technical difficulties. That, my friends, was a total copout and that is exactly where the flying hairy goats come in…

In Jerusalem on Mount Mariah, where both Holy Temples were built and stood for a combined 950 years — which happens to be at least 150 years longer than the Roman Empire existed before it fell to dust and ruin — there is 'now' what we call the Temple Mount platform that was created over 2000 years ago by King Herod. It is the largest manmade platform in the world, to this day. There are two valleys on either side of the Temple Mount. To the north-east is the Kidron Valley or the Valley of Souls, where a specially designed (not to trap elevating death energies) bridge once spanned as a causeway for the Kohenim (Priests) from the Temple to Har haZeitim (Mount of Olives), now a paved-over grave yard. The bridge is now gone, but the spirit of the place still remains and from personal experience I can attest that on very still mornings, ancient spirituality and mystical history seem to be hiding right under the surface of the air.

The valley on the south-west side has a less palatable reputation and history. It is referred to as ‘Gai Ben’Hennom’ (גיא בן הינום) or the ‘Valley of the Son of Hennom.’ In the pre-Israelite phase of Jerusalem, the Canaanites that lived there practiced a kind of child sacrifice to the pagan god Moloch in this valley. Their is debate, but they were either burned alive, or made to run over hot coals in order to deny the true Creator, or some such nonsense... What’s more, throughout the ages the valley is said to have served as a large dump for trash and corpses for conquering hoards from Egypt, tribes within Canaan, the Philistines, Babylonians, Assyrians, Ancient Grecians, and eventually Rome, who all pitched the fallen like refuse into the Valley of the Son of Hennom. Fires were said to have been burning at all times in order to consume them with the smell and the garbage. Gehenom is a word that some of you may be aware of. It comes from the Hebrew Bible as Gai Ben’Hennom and later translated in the Talmud as just Gehenom (גהנום) Valley of Hennom.

I have no idea who Hennom was (or his son either for that matter), but their little valley sure did work its way deep into the psyche of mankind. You see, in Hebrew, Gehenom is Purgatory, the cosmic washing machine that cleanses a soul of the muck and misdeeds that a person coated it with by following the Yetzer Ha’Ra (intent for evil creation), instead of the Yetzer Ha’Tov (intent for good creation). Before a soul can move into the spiritual realm, becoming that much closer to Hashem, it needs to, you know, get dry cleaned and pressed in order to be presentable before the King of the Universe.

We have a skewed understanding of what the idea of Purgatory is all about. Maybe it is because of translation errors in the Christian Bible and in Islam’s Qur’an, in which ‘Gehenom’ is translated as ‘Hell,’ not ‘ 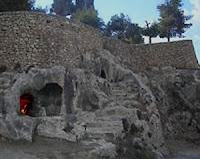 Purgatory.’ Hell is then gone on to be described as a place of unending pain and suffering. In the Hebrew Bible, Gehenom is a place that only the extremely rare and totally righteous souls are able to bypass. The rest of us can’t help but get splattered with the mud of this world and anyway, it all comes down to how much time a soul spends in Purgatory (11 months is the max since that's how long we say kaddish for [another time I'll tell you about how saying this can propel further towards the Creator those that have already passed]). Granted, there are some souls that can never climb back out of the pit that they sunk themselves into and those souls just cease to exist (something that I consider the most painful possibility of all).

Somewhere, early in the Five Books of Moses (I remember reading it once, but I forgot where exactly), the word for Hell (Sheol) is used, which means the abode of the dead. I don’t know how it got skewed and translated into a fiery furnace, designed to torment for all of time the sinners in the world. Oy, that is so NOT what Hashem is about! Maybe it has to do with the legend that says there is a secret hidden gate of some sort within the Valley of Hennom that leads down a winding rickety path and ends at some kind of a molten lake of fire… I don’t know.

Anyways, I got sidetracked with ‘what, in Hell, is really going on,’ so on to this week’s parsha, Acharei Mot (Leviticus 16-18), where we learn about the laws of Yom Kippur or the Day of Atonement for the Jewish People. It begins with a discussion of a really strange and intriguing ceremony to purge the Jews of their mistakes from the previous year. In this ceremony, there is a goat called the Azazel, which if we decipher the word a little more, becomes Azaz, meaning rugged and El, meaning powerful, strong, and of God, “Azazel was the strongest of mountains,” (Yoma 67b)... a powerful beast. Nowadays, we just call this beast the scapegoat...

OK, so, we have a goat now but what about the hairy part and why is the hairy goat flying anyways? OK, patience, we’ll get there! Let’s start with the Hebrew words sair (שעיר) for goat and soir (שעיר) for hairy, which, depending on whether your computer is Hebrew enabled or not, you should see that the two words in Hebrew are spelled exactly the same. What do we make of this? The Midrash explains it like this: (First, however, I need to make a disclaimer. Please keep in mind that I am only paraphrasing ideas from modern rabbis, who have learned from the writings of ancient rabbis, who learned from the oral tradition handed down for generations before that, which came to Moses on Mount Sinai from the Mouth of Hashem, so this is not coming from me, per se.)

The word ‘hair’ (שעיר) in Hebrew refers to a passage in Genesis 27:11. It states that Jacob said, “But, my brother Esau is a ‘hairy’ man.” The Midrash tells us that there are further clues to follow when it is written in Leviticus: 16:22, "The ‘goat’ (שעיר) will bear upon itself all their inequities” (in Hebrew, the word for ‘their inequities’ is ‘avonotam’). If the word avonotam is divided into ‘avonot’ and ‘tam,’ it now means, ‘the inequities of the innocent.’ The word ‘tam’ can mean taste, innocent, or wholesome in Hebrew. This relates to Jacob, since he is considered a wholesome man (Genesis 25:27). Since the Jews are all descendants of Jacob, all the Jew’s sins can be traced back to him (this is tricky to understand in our world of ‘evolution’ ideology, but a way to approach this idea is to compare the case of Adam and Eve living in Paradise and then eating from the tree, bringing gray into the world where there was once only clearly defined black and white and really… if you look around, are we better off now for all of our technological / psychotropic / phantasmagorical innovations?).

So, we understand that Jacob represents the wholesome intellect and spiritual innocence in the world and his twin brother Esau represents the earthy physical and mighty power in the world. When Esau said, "Look, I am going to die" (Genesis 25:32), he was defining himself as a creature bound with the physical world. What does this have to do with Yom Kipper and the scapegoat? That, my friends, is where goat-flight comes in!

Yom Kipper is all about reaching out to the Creator and shedding the trappings of the physical world, just for a day. The rest of the year, we are constantly trying to bring the spiritual down and nest it into the physical to try and elevate the physical, to make it Holy. Esau is the energy of power in the world, the pure physical might in the world and based on the lesson above in surface value, true inner depth of understanding, and additionally the inevitable need for code breaking, we now understand that Esau is the scapegoat for Jacob, so that while on Yom Kipper when the energy of Jacob is shedding its earthly shell, reaching out to the Creator, the earthy energy of Esau is being pushed off a cliff into the Valley of Hennom...

Speaking of code breaking, when I was struggling with the paragraph breaks last week (you already forgot about that, didn’t you?), I realized at some point that I was just thinking about it all wrong. I was trying to analyze the problem from the surface, from the physical. Finally I remembered that what I do every day at work could be helpful… (duh…) I just needed to figure out how to break the code! Of course, as soon as I thought of it, I found a little button that shows me the html coding for the whole blog... All I had to do then was to type in the right code and out popped the real picture, not the contorted, confusing, conglomeration of mental gymnastic warp-ware that had mercilessly pounded my sensibilities as I tried to unravel the idiotic conundrum by beating my head against the wall... dang.

So, my friends, the moral of the story is that when you are trying to get answers (and that is what we all should be doing all of the time), never stop at what you perceive is the obvious, which I think we can all agree is just about the farthest thing away from the truth!