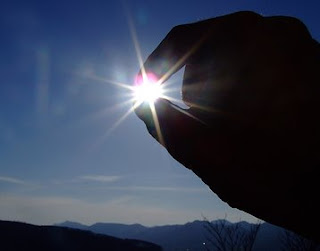 In my mind, freedom is a matter of being able to choose. We are presented on daily basis choices to make and, Baruch Hashem, we are free to choose from them. When G-D created Adam, he gave him free will. Our sages tell us that this was in order for us to accomplish the Mitvote (G-D’s commandments) by loving Hashem. We were given the freedom to choose, or not to choose, to express our love for The Creator. When Adam chose to eat from the tree of the knowledge of good and evil, he chose to identify with his body and ego, as opposed to what his identity truly was, his soul. He became ashamed and hid from G-D because his identity was now naked. He no longer wore the body as clothing for his identity and needed clothing to cover his nakedness. This choice that Adam made descended a fog over our perceptions of the world around us which has affected our decisions throughout human history.

When the Jews left Mitzraim (Egypt) 4/5th’s were left behind. These Israelites had the freedom to choose to stay or to leave. The majority of them chose to stay in Mitzraim for the needs of their bodies. With the plagues they were shown by G-D that only he controlled the Universe and they were still afraid to venture into the desert on faith alone. They chose to be slaves to the physical by not choosing to be with the Jewish People or with Hashem.

Recently I went to Sderote with an organization that a friend of mine is involved with (link to the website is http://www.bahavatyisrael.org.il/ ) to help deliver Passover food to needy families. I was truly amazed at the ability of these people to live under constant terrorist missile attacks. There were no sirens, thank G-D, while I was there but the following morning they went off while katushas pounded into the Western Negev. I kept remembering the faces of these people that must have been hunkered down, whether they were religious or not, praying to Hashem that their children and community were all safe. These people are the true Israelites. They are the children of those that left Mitzraim with the kind of faith in Hashem that we should all have.

To be a Jew is to be two things for me. The first is to love and to believe with all my might and soul in Hashem and that I am here for that purpose. The second is to identify and to empathize with Jews from all over the world. These are the people that have endured on faith alone for over 3,000 years. Maybe there was a mistranslation to English because for some reason the Jews are called the chosen people, when in reality, Jews are the people that continue to exert there freedom of choice by choosing G-D, day in and day out.