The Number 236, Politicians, and the Gaz-illa Effect 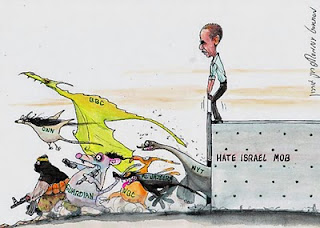 Like a lion = 236, and your staff = 236, Like the native born = 236, to communicate = 236, and if they overdrive them = 236, and giving recognition = 236, and they shall take down = 236, and finally... Balak greatly persisted = 236. So, what is the point? I read this today when researching the Parsha, Balak (Numbers 22:2 - 25:9). Essentially, it all comes down to how to say NO! Each one of these phrases said in Hebrew (with their gematria of course) has a unique way of driving home an idea about how we operate in the world and how we are duped by everyone from the street beggar that has a penthouse suite and a Mercedes to drive him to his street corner for work, to the leading politician in the world that can cause oceans to move (in this case by mixing oil and water) and continents to shift... in ideology at least. When we really sit down and look at the world, everything is totally upside down! I mean, who in their right mind would elect someone to rule over them that wanted the job? It makes no sense whatsoever!

Last Shabbat, my beautiful wife was reading out loud an article in the paper about the whole Gaza-Flotilla deal and she sped through it and said at one point Gaz-illa instead of Gaza Flotilla. I laughed at the time, but now I think it sums it up quite nicely. People are so busy trying to figure out how they know how to run the world, that they forget that we are all lost in a sea of subjectivity. Gaz-illa has become a monster in the night, preying on our fears of not being the star that we always thought we were. Everyone has an opinion about Gaz-illa... why did it happen? Whose fault was it? Was it politics? Was it a moral victory or failure..., it goes on an on. The bottom line is that we believe what we want to believe—the rest is just filling in the holes so as not to offend our egos with the inevitable fact that we are not the center of our own universe... and we don’t run the world. If only we could learn, once and for all, from Balak, that we can be as persistent as we like, but in the end, we are all going to fall off the edge of this world and wonder where we went wrong... Maybe we should all try to just say NO to anyone that wants to rule over us. Then we could easily see the humble greats as they scurry away from the limelight and maybe we could convince some of them to take the job.