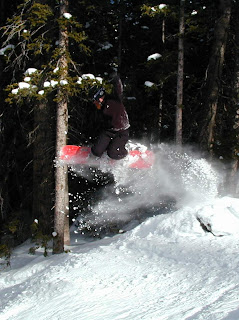 When the world was young and still innocent, a few very high souls in heaven that were very close in proximity to Hashem became aware of a most tragic catastrophe that was to occur, far down below, in Gan Eden. These very few, high souls fled to the far reaches of Heaven and when they were beyond its borders, hid in a tiny little corner of chaos. The Chet (mistake) that was made in the garden would go on to stain every other soul in Heaven with its sour and unclean stench and every soul that would be born to the Earth from that time onward would also be soiled by it.

These few untainted souls, hiding from this mistake in the corner of chaos, have been brought down by Hashem to give us a light to see by, but only in the darkest of times. They have given us the courage to see beyond our stomachs and front doors and to become visionaries. They were men such as Avraham, Itsik, and Yaacov and they were men such as Noah and Moshe. One day, may it be soon, the prince of these souls will also come as Mashiach.

This was an idea that I read in a book about the Ba'al Shem Tov and as I read it, I kept wondering, “is there some kind of fence around Heaven?” It must be kind of like riding out-of-bounds at your favorite local ski resort. In Colorado at Winter Park/Mary Jane ski resort, there was a fence that had an opening in it. It led to an untamed wilderness, over ankle breaking logs, under snow laden trees, and through tree bowls, car size boulder fields, hidden streams, and the main reason that we went there; fresh powder-snow sometimes to our shoulders. We (Tony, pictured above, and the guys) called it ‘out the gate’ and it was pure chaos, but in a good way. When we made it to the bottom, we hitched a ride from the road and back to the resort. It was definitely a detour from the normal day of snowboarding and pretty far off the beaten track as well. I keep thinking to myself, “that must be what it was like for those few, very high souls.” They just need to hitch a ride with Hashem to get back to the resort. The little corner of chaos that they were in, out of the bounds of Heaven, must have been exhilarating and dangerous. It must have been a place where only the bravest of souls could have ventured for fear of being lost in the chaos… maybe forever.

Purim is coming soon and it is a time when chaos reigns in the world, but also in a good way. Queen Ester was also one of those brave souls that endured the wilderness of chaos and was brought to Earth by Hashem to restore order to an otherwise chaotic place. I am going to learn some amazing texts’ with Moshe soon about Purim so I think there will be more on this subject later.
In the mean time, a little corner of chaos that occurred recently for us was at the bank. You see, the banks in Israel are not like in the states, where everyone calmly waits in line to do your transactions in private. Here, we all push, shove, and hover to help the guy in front of us transfer Shekels from one account to the other. The guy behind the counter is usually on the phone, flirting with someone that both he and the other guy behind him (and viscerally included in the dialog) are acquainted with. The tellers in the little cubicles to the right and left are busy with their own clients, and the respective crowds behind them, and occasionally snickering at the flirtatious joking that is going on between the guys in the kupa (cubical) in front of you.

Got that chaotic picture in your head now? So, as Adele and I are sitting there fuming and tired after a long day at work, (by the way, Adele has already been there to do the same thing twice and it looks like she will need to go back again soon) we are getting grumpier and grumpier. At some point, I heard a word that I didn’t understand being used repeatedly and asked, “What does s’neef mean?” well, it means branch, like in branch of a bank. At that point Adele and I started to giggle. S’neef? What kind of a word is that? I then tried to explain what it meant in English to the teller. I said in Hebrew, it is what a dog does, you know, to sniff… she laughed and then said it is also a word in Hebrew for drug use. I guess like for cocaine or something. Now that made perfect sense to me, you know… back to chaos! So with that I will leave you with a little u-tube clip that I thought was pretty funny.
Spiders on Steroids
Enjoy it and Shabbat Shalom!
Posted by Dnoll at 10:29
Email ThisBlogThis!Share to TwitterShare to FacebookShare to Pinterest
Newer Post Older Post Home