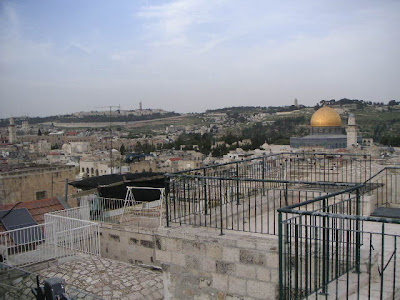 Last week, at a Shabbat lunch with friends and family, a momentary flash of understanding hit me and as powerful as it was for me, it left with only a trace of what it had been. I had remembered something from the Parsha of the week, Shemote, and somehow had a realization of how it connected to something insidious and entwined within our natures. In hindsight, as I recall, this flash had been building and had come from a few sources. The first source was and is, of course, an ongoing battle within me; namely, ‘What is our nature and why do we fight so much?’ Does this go all the way back to the Garden of Eden, the original sin, and the freedom of choice, or is it just selfishness about who gets to eat the biggest portion? The second source was the Dvar Torah by the Rabbi at Beit Knesset (Synagogue) on how the second book of the Five Books of Moses, Exodus, started with a list of names which indicated that it was about the people of Israel as opposed to the Fathers of Israel like in Genesis (at least that is one of the ideas that I was able to glean from the sermon in Hebrew). But with this in mind, at Suda Shniah (Shabbat lunch), when Haim Chizzali said that there was a moment in the Parsha when Moses learned that the Jewish people already knew about how he had struck down a cruel task master in what he thought was a total secret, I had this flash. Now I am having trouble finding it. I knew that these things were all connected in some way, but finding the links was, and is, something else.

This brings me all the way to Saturday night, after Havdalah, when we decided to go to a movie and just as the movie started we heard the news that two young men were killed while hiking in the desert near Hebron by Arab terrorists from the, officially sanctioned by the West’s, Palestinian leader Abbas’s group Fatah. My wife got a phone call while in the theater and as it turned out, had worked with one of the boys that had been shot and killed in cold blood in this most contemptible West Bank version of a drive by shooting. Both boys that were killed were Kipat Sruga (knitted kippote) and were on leave from elite army units. we didn’t find out in time to go to the funeral… there deaths were a tragedy. The first news article that I saw called these brave boys just Settlers. Then, after the news started to come in about it and the world began to learn the truth of who they were and also the Palestinian involvement in it, the Palestinian Authority said that it was just a business altercation. Right… and what about the last time the guns that Mr. Olmert gave the P.A. were used to kill Jews… just a few weeks ago…

O.K., back to the point; the knitted kipa group in Israel is very interesting. They seem to be mostly made up of Sephardim (Jews from historical Spain that when evicted during the Spanish inquisition settled all over North Africa and the Middle East), Jewish immigrants from North America, and Jews that live in the Stachime (Territories), the Settlers. Most Israelis seem to enjoy and even honor the knitted kipa group in Israel proper; however, the settlers are something all together different. They are looked down on all the time by many Israelis and westerners for that matter. They are considered trouble makers by many in the Israeli government and I have an experience where this pervasive attitude trickled all the way down to a little old lady that was in my ceramics class and made a big politically motivated sculpture of a Settler throwing a rock. The Haredi (ultra orthodox) don’t like the Kipat Sruga so much either, but for different reasons. There are problems with the Chiloni (Secular) and the Haredi. There are problems with the Ashkenazi (western Jews) and Sefaradim. There are even problems with the Jews from the Diaspora and Israel. (This seems like a good place to insert the reason the Holy Temple was destroyed, Hatred amongst Jews) And then it all extends from there to the World and its history of Anti Semitism.

As an inherent peace maker at heart, I have really given myself a challenge it seems. The first of which was to join a religion where the world seems to hate its members for no reason in particular. Then to not only leave my little sleeping cocoon of Boulder, Colorado and live in the Middle East but to make the choice to ‘go religious’. It has brought up all sorts of challenges for me that maybe I will share at a different time. Anyways, this is all a process for me, as you can probably tell, and I hope to get spit out somewhere good; maybe a little closer to Hashem and closer to myself as well.

So, back to the point; In the Parsha Shmote, the Jewish slaves in Egypt not only knew about what Moses had done, they taunted him with it. Two brothers were fighting, amongst themselves, and then they threatened to turn on Moses too! Now, what can we make of this you ask? Do you see where I am going yet? Well, think about it this way; what if those two Jewish brothers didn’t fight about what ever it was that they were fighting about? (Remember that Pharaoh was working and was starving them to death and they had plenty to argue about) Would there still be a Jewish people if Moses, G-D forbid, had been killed by Pharaoh before he had time to go to Midian? And if there weren’t a Jewish people then where would the Moslems and the Christians have come from? Yikes!

I think maybe it is starting to come together again… that illusive little flash of insight was attempting to put together the idea that not only do we grow from struggle, but that there is a big plan as well. It doesn’t make it any easier to deal with the tragedies like senseless murder, governmental whitewashing, and baseless hatred amongst Jews and between peoples but… no buts, and now is the time to see the real enemies, the enemies that work from within and from without. The enemy is in us all and maybe, it is there for a reason.