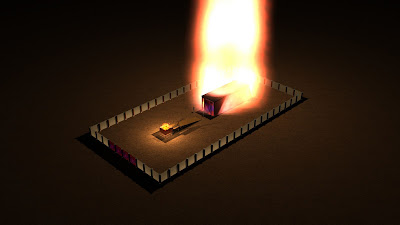 Every week, as I begin to look deeper into who I am (and what I am supposed to be doing on this amazing inter-dimensional Planet Earth space ship), I often pull out the parsha of the week to derive some inspiration. As is quite often the case, I cannot get any farther in my reading than a few paragraphs before something grabs me with an iron fist and won’t let go. This week, it is Shabbat. In the very first sentence of Vayakhel (the parsha of the week), Moshe says to the Israelites, “On six days, work may be done, but the seventh day shall be holy for you, a day of complete rest for Hashem; whoever does work on it shall be put to death. You shall not kindle fire in any of your dwellings on the Sabbath day.” Then Moshe moves right into building the Mishkan (Tabernacle), as if there is some intrinsic connection between the Sabbath day and building the Mishkan… Hmmm, I wonder….

Well, we know that Moshe was speaking to the Israelites (the Jews) and not to the nations of the world when he was telling them what God said about the observance of the Sabbath and, so, we also know that the Jews are not supposed to work and it is to be a complete day of rest for only Hashem (as it relates to the Jews)… right? So, based on this translation of the Hebrew text, the Jewish People are not supposed to light a fire in any of their dwellings on Shabbat and God does ‘all’ the work for 6 days and the Jews ‘need’ to let Him rest on the seventh 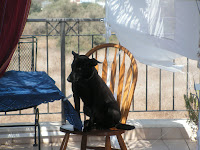 day or they will be killed.

Speaking of being killed, I am about to send Dude, my dog of infamy from the blogs, 'Hey Dude,' 'Dude, Swim for It,' and 'Dude, Where's My Sukka?’ to another realm entirely… For months now, he has been scaling my 6 to 10 foot fence, hovering on the top of it while (according to a neighbor that witnessed it) he whines and pees on himself, and then jumps down about 15 feet on to the other side. All of this, mind you, to chase the stray cats that like to egg-him-on from the perceived safety of the other side. As I add pieces and patches, my fence is starting to look like the fence bordering the demilitarized zone between Israel and Lebanon. At least he hasn’t gone Gazan yet and taken to digging under the fence, like the border between Gaza and Egypt, wher

e they are smuggling in saleable items for profit and missiles from Iran for death and mayhem (like the GRAD missile that just hit Beersheva in the South), but I digress...

So, we still need to define a few things to try and understand what God wants for us on Shabbat. We have established that the Sabbath is different for Jews and non-Jews. We have established that God Himself wants to rest on Shabbat and we, doing the Jewish thing, are not to presume to make him work on any level. And, we have established that making a fire of some sort is forbidden to do (for Jews only) on Shabbat. So... what is ‘rest’ for God, what is ‘work’ for a Jew, and what is ‘fire’ in general and as it relates to being a Jew? Yeah, you guessed it... this could go on all night before we arrive at some satisfactory understanding of what Shabbat is all about and how we should observe it, both Jew and Gentile alike.

I think I am just going to skip to the chase, but first I want to get back to Dude and the fence problem. There is this idea called ‘Kaffa Kele’ in Jewish thought. It is a word that means ‘Sling Shot,’ you know, like the one David killed Goliath with. As it turns out, there is a very special place in Gehenom (Purgatory) for wasting words in life. The whole purpose of life is to build ourselves. We are given this opportunity by the Infinite Giver, Hashem, to work on ourselves and if we waste it by non-productivity, we get to ride in the sling shot... Sounds fun, right? Well, imagine that you are just finishing a roller coaster ride and as you get to the end of the ride and begin to slow down, instead of stopping and getting off the ride, you shoot forward again, and around again, and around again, and around again you go...That, my friends, is Kaffa Kele and believe me when I say, “It is not an ‘E’ ticket ride...” The whole point is that there 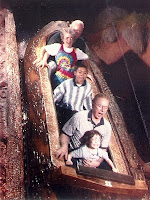 is purpose to life and every moment has a reason to exist within it. If we aren’t tuned in, we are wasting our lives. So, when Dude, the Destroyer of Fences, continues to evade my efforts at patching the fence, causing me all kinds of ‘extra’ work, starting from the beginning again each time, I am essentially riding the sling shot. I fix the fence on one side and it slings out the dog on the other, you catch my drift?

The only time that I don’t have to worry about, much less fix, the fence is on Shabbat. The reason is that on Shabbat (yes, I am finally cutting to the chase) I do not have to create anything. I am not allowed to ‘work’ and Hashem is supposed to ‘rest’ (essentially the same thing, since Hashem does ‘all’ the work anyways), giving me the chance to take a breather. Since all the ‘work’ during the week is really Hashem presenting me with challenges for potential creation and me ‘not’ doing anything accept meeting these challenges by doing a creative act or (God forbid!) the inverse, which is to waste my opportunity to create, I am free on the Sabbath to reach out to God, to really be one with the Universe, with the Infinite.

I know this is a poor excuse of an explanation about why Jews HAVE TO walk, instead of driving, and why they CAN’T turn on and off lights on Shabbat. It’s complicated! Just remember that it has something to do with building the Mishkan (Tabernacle) and putting, yes, you guessed it, ‘fences’ around the commandments so that we Jews don’t err and, Heaven forbid, disturb the well deserved ‘Nap of the Infinite!’ (I think this may be where the ‘building a fire’ scenario comes in too…)

Well, if you are reading this and are not Jewish, I gotta tell ya, you really got it made! Take it from me (as a one-time Gentile); it isn’t easy to keep 613 commandments when I could have just stuck with the original 7... (Um, and you thought there were 10, didn’t you?)