The Lurking Hulk and the Truth of Effort 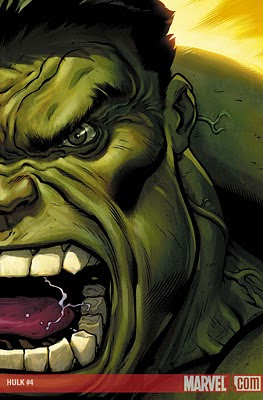 Dude catapulted off the top of the fence and ran away last Shabbat... Every time that I see him, wagging his tail and groveling on his back in the street in front of the house, I want to scream at him and, really, I loose myself with it. Buried deep down, I know that he is the cutest when he does that, but I just can’t seem to get the notion out of my head that he is destroying the fence just for ‘me,’ which of course ignites the inner, lurking Hulk that is also buried deep down. This is the problem in my life... Dude the dog. How ridiculous is that? I have been challenged with this test before, especially with my dog Cody in Boulder. He would shred himself trying to get away from lightning. I was constantly fixing fences and, in the end, put metal plates under the wood of the gates. It didn’t help... So, I have to wonder, ‘Why am I being tested with this special issue?’ I mean, am I just not getting something here?

On another related topic, this week we are still watching the crisis affecting the Muslim world and wondering how the makeshift helmets will fall across the Middle East. Have you seen some of these guys and what they think is going to protect their heads from flying rocks and bricks? Well, just in case you haven’t, I will pepper this blog with them for you! The reason I am thinking about all this is, yes

... because I live in the Middle East, but also because of this week’s parsha, Pekudei (Exodus 38:21-40:38). One of the things we learn about this week is ‘effort.’ It all starts with Rashi when he says that after the building of the Mishkan (Tabernacle) was finished, they couldn’t stand it up because of its tremendous weight and

since Moses didn’t actually have a share in its construction, God wanted him to have the honor of erecting it. So, God told Moses to try to lift it and then the Mishkan would stand up by itself.

This reminds me of how Bruce Banner, in The Hulk (TV version) was so upset about how he couldn’t save, I can’t remember either his wife or kid, from under a car wreck and was obsessed with how sometimes people can have super-human strength and in his moment of need, he couldn’t tap into that energy. The story goes that this is what started him on his quest for strength, a quest that went horribly wrong, causing irrational anger to burst forth into the manifestation of the Hulk and a really great comic character too! Recently,

my mom told me a story that brought this whole Hulk memory to life for me again. She told me that she was able to lift a 2,000 pound ATV off of her husband, who had taken a turn a little too fast and ended up pinned on the bottom instead of riding on the top. My mom was able to lift and roll it just enough so that her husband could slide out from under it after being pinned there.

It takes a lot of effort to move things, like cars and the Mishkan, alone with our bare hands. So, how is the current Middle East crisis a matter of effort? Democracy is a huge effort. Look at Libya. Muammar Gaddafi doesn’t even have a title like president. He is the ultimate ‘self-styled’

dictator and his little North African country has been a leading member of the Human Rights Council and the, now defunct, Human Rights Commission for years. During this turmoil all over the region (accept for Israel) The Muslims (including Gaddafi’s people) are clamoring for democracy and what does Gaddafi, the highly active ‘Human Rights’ Council participant, do? He orders the army to shoot them. Then, when his army refuses, he brings in African mercenaries to do the job. I woul

d have to say that a lot of effort is being made by a lot of people. Just take a look at some of these guys with helmets in the side margins!

at my dog Dude for ripping down fences and running away, the Hulk has a small quiet voice, buried deep inside, that he is utterly ignoring. This small quiet voice, in the Hulk’s case, is set off by his desire for the woman he loves when he is Dr. Banner and in my case, the small quiet voice is set off by my deeper awareness of what is real and what is not real in the world — or in other words, my love for the Creator. So, I think we can understand from this that it is not effort to achieve a result that we are yearning for in that catastrophic moment. It is effort to connect to the truth, to connect to the Creator, which actually makes a difference. We seem to put it backwards and think that if we pray hard enough, we will get rewarded for our effort by receiving what we prayed f

So, the next time that my dog Dude scales the fence displaying ridiculous levels of super dog cunning and strength, I am going to listen a lot harder to that small quiet voice telling me that he is really cute when he grovels on his back wagging his tail at me...